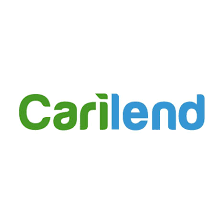 The first Peer-to-Peer Lending company in the Caribbean, Carilend Caribbean Holdings Limited, has announced that Victoria Mutual Investments Limited and Kailash Pardasani, the owner of Promotech Inc., and the HP Store Barbados, has acquired a stake in the business.

VMIL is an 80 per cent owned subsidiary of the Victoria Mutual Building Society (VMBS) the largest building society in Jamaica, with a further minority stake was acquired by Kailash Pardasani.

Carilend is the first of its kind in the region, providing a fully integrated end-to-end online lending experience via its state-of-the-art electronic exchange platform. Its first success was the introduction of a Peer-to-Peer Lending service in Barbados.

Peer-to-Peer Lending is a billion-dollar industry in the UK, US and Canada which was successfully introduced to Barbados in 2017. It connects people who have money to lend with people who want to borrow money in a secure online marketplace.

Two seasoned executives, Mark Linehan and Mark Young, founded Carilend in 2015. Young, the CEO of the business, has a 25-year track record as a regional senior executive with Barclays and CIBC in the Caribbean.

Young said, “this partnership between Victoria Mutual Investments Limited and Carilend is the first step in expanding Carilend’s fintech capabilities across the region.

“We aim to deliver the same convenience, ease, speed and great rates for borrowers and investors that we have already delivered in Barbados. We look forward to launching our fintech platform in Jamaica later this year and further expanding in the Caribbean in 2020.”

“VMIL was attracted to this unique investment opportunity due to the value of the emerging technology which has the potential in other areas of finance with the ability to scale within the Caribbean. This certainly represents a long-term investment for our shareholders,” said CEO of VMIL, Rez Burchenson.

The partnership between VMIL and Carilend draws on the similarities of the Peer-to-Peer Lending concept of Lenders and Borrowers helping each other and the mutual society model of members helping members. It represents the perfect match of a new agile fintech with a storied financial institution that has a clear vision for the future.

Commenting on the transaction, Kailash Pardasani said, "As a Techpreneur I am excited to invest in Carilend given the disruptive potential their platform has to deliver, bringing exciting change across the Caribbean. The impact they have already had in Barbados prompted me first to be a client and now an investor in the business."

In its first two years of operation in Barbados, Carilend has approved over 1 200 loans for over BB$19,000,000 for Barbadian consumers. It is currently paying its Lenders average returns of 8.15 per cent on loans in their portfolios.

Carilend reported Lenders investing in all sizes and from all walks of life in amounts ranging from BB$2,500 to in excess of BB$900,000.