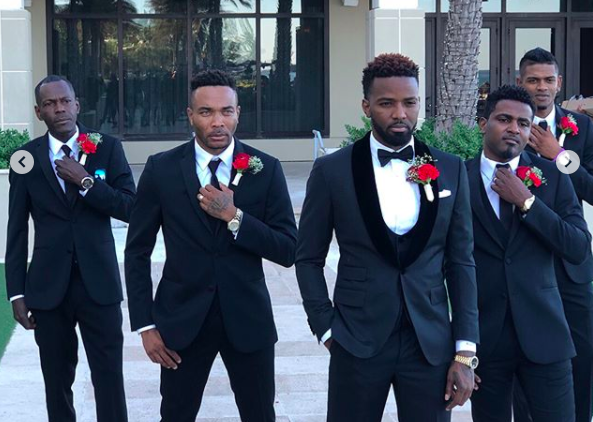 Jamaican Dancehall artiste Konshens has attempted to apologize to his wife via social media.

But the very public move has caused debates to erupt online.

Konshens, real name Garfield Delano Spence known for his hits like "Bruk Off Ya Back" as well as "Gal Dem Ah Talk", took to Instagram in an attempt to apologize to his wife Latoya Wright.

“You will wake up and grow up when she already gone,” the dancehall artist stated. “All she did was – Bring me the greatest happiness only rivaled by mi kids births. – stick by me no matter what and who going against me...

“Put up with Countless f**kery and handle it all with class and maintain respect and protect me image. - Love mi daughter like she is yours and grow her into a Lady. - Transform my mindset financially and show me seh the way i was handling money all those years was totally wrong.

"Match me perfectly spiritually and physically- partner with me in business and life, and me still find so many way fi mek this f#@% up” Konshens wrote.

He even made mention of having suicidal thoughts after his brother's untimely death and said that his wife was there through that time as well. "Stop me from kill miself COUNTLESS times after mi bredda drop out an mi get f**king unstable. And counsel me when the world a come down pan mi."

With this fact, the dancehall star not only apologized but went on to promise to work on his mental health and become a better version of himself and a better husband.

“Mi ago fix miself as a person and fix mi head to.”

This is the second occasion this year that Konshens and his wife have parted ways. Earlier this year, the two split after two years of marriage.

“New chapter!!! accept the wounds and grow from them and don’t...fall in the same trap again,” she wrote. “Ever had that ONE person you always said is your rider? your closest. The one you would always swear for when it comes to loyalty and being in your corner, your ace.”

It is still not clear what may have caused the possible split.

This viral apology has caused tremendous debate online with some interpreting Konshens' apology as a manipulative tactic or "begging" while others are commending the artiste for his attempt at exposing himself and his flaws while strongly coming to his defense.

The two were married in Florida at the Fort Lauderdale Marriott Harbor Beach Resort & Spa on November 19, 2017.

How to: Forgive cheating