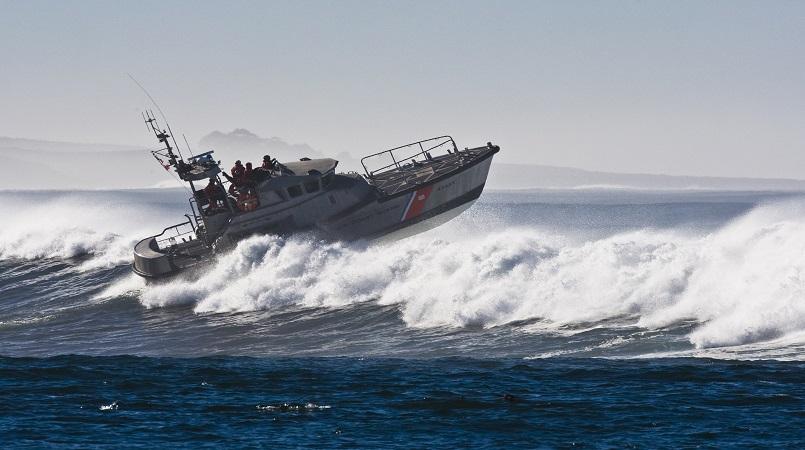 Four Jamaican fishermen were detained for nearly a month aboard US Coast Guard vessels in the Caribbean Sea, spending much of their time chained to the deck in the blistering sun while their families believed they were dead, according to a lawsuit filed Wednesday.

The Coast Guard said officers interdicting the vessel on September 14, 2017, saw the crew toss packages of marijuana into the water and they recovered about 600 pounds.

Related article :American caught trying to board plane in Kingston with firearm

The American Civil Liberties Union said the men had inadequate bedding, were given rancid food and deprived of water. They were also not allowed to wash off the salt and grime from their skin and received little to no medical treatment for their injuries, according to the lawsuit, which seeks damages on behalf of the men through maritime law.

"There are no human rights out there," Luther Fian Patterson, one of the fishermen, said in statement. "They treat you like animals. You are like an animal ... chained to the deck on your foot."

The crew of the 32-foot fishing vessel Josette was caught up in an effort by the US to interdict drugs at sea. The Maritime Drug Law Enforcement Act of 1986 made smuggling in international waters a crime against the US, so anyone caught moving drugs on the water could be prosecuted even if those drugs were not bound for the US. The Coast Guard is the agency tasked with hunting down potential smugglers, arresting them and bringing them to the US for prosecution.

The lawsuit said there were no drugs found on the crew and none aboard when the Coast Guard searched the vessel. It said the men planned to line fish for tuna and snapper and had set fishing traps in Morant Cays, about eight hours from Falmouth, Jamaica, a popular fishing spot. An unexpected storm blew up and their power went out and they got lost, and started navigating toward land, not realizing it was Haiti, the suit said.

After detaining the fishermen, the Coast Guard said it sought permission from Jamaica to prosecute them in the US. When Jamaica complied, they set out.

The men were transferred several times to other vessels, in part because Hurricane Maria started to strike and the Coast Guard was responding to the disaster, according to Coast Guard Lt. Cmdr. Scott McBride, the chief of media relations. They couldn't transfer the men ashore in Puerto Rico, a closer destination, because the island had been devastated by the hurricane.

"The Coast Guard complies with both international and US domestic law and works closely with our Department of Justice and Department of State colleagues to ensure that compliance," McBride said in a statement. "All suspects are cared for humanely while preserving the security of both the crew and suspects."

The men claim the Coast Guard burned their boat, made them strip and refused to allow them to make a phone call to their family until they landed in Miami in mid-October.

The men were ultimately not charged with drug crimes but were accused of making false statements to prosecutors about the destination of their boat. In the lawsuit, the men said they pleaded guilty because their lawyers advised it. They served about 10 months and then were deported back to Jamaica.