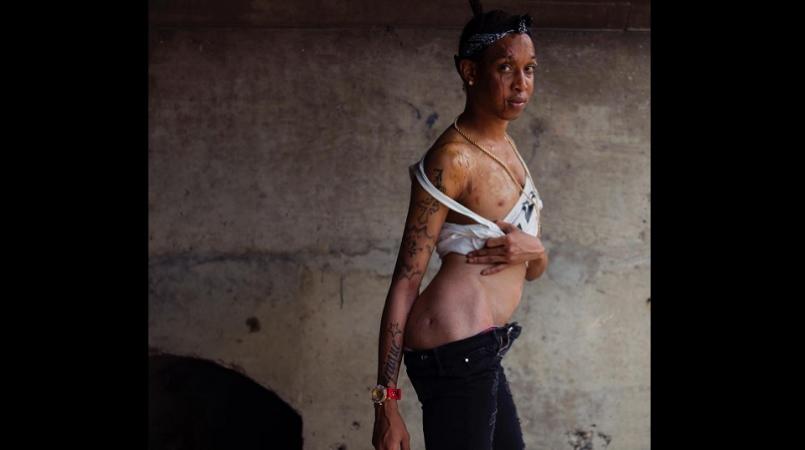 Jamaica has been described as “one of the most dangerous countries of the world for Trans and gender non-confirming individuals” by scientific and educational institution National Geographic.

The island received the label during a feature on a Jamaican transgender woman in the recently-published special issue of the National Geographic magazine under the headline, “Gender Revolution”.

The woman who goes by the name “Trina” has allegedly been the victim of hate crimes - including being “shot, stabbed, burned with acid” – on the island notorious for widespread intolerance of homosexuals.

“This is Trina. She is a transwoman living in Jamaica, one of the most dangerous counties of the world for Trans and gender non-confirming individuals,” read the caption of a photograph of a scar-faced Trina showing what appears to be a mark left on her buttocks by a gunshot wound.

“Sanctioned prejudice against people such as Trina creates a society of violence. They are at extreme risk for assault and suicide. Trina has been shot, stabbed, burned with acid and hacked with a machete across her face,” added National Geographic in the caption.

Instagram user anja.binta said, “Why do people hurt each other? I'm surprised this goes on in Jamaica. One would think they would be more tolerant. Shame on them and hopefully karma will get all the nasty people out there.”

“I am so sad. I just visited Jamaica and thought I would like to go again,” added another user, sbwkinsellaI. “This kind of human rights violations are impossible to ignore.”

Mikeblacktact opined, “The irony is that Jamaica has the highest ratio of gay/trans in the population. I never understood that.”

Saw1261 added: “Jamaica has a history of documented violence against LGBTQ people. It's undeniable and disgusting.”

The Gender Revolution issue explores the shifting landscape of gender.

"To a degree unimaginable a decade ago, the intensely personal subject of gender identity has entered the public square. In this special issue of the magazine, we look at cultural, social, biological and personal aspects of gender," the magazine said in the overview.

However, while National Geographic has been praised by some for tackling changing gender norms worldwide, the institution has been accused by some of deviating from its mission of educating to “push an agenda”.