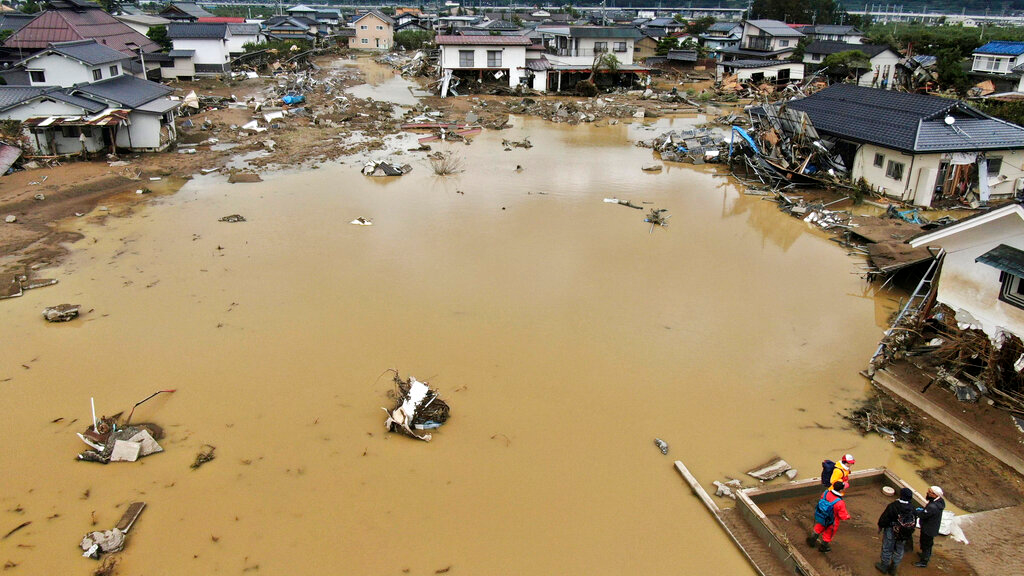 Japan is bracing for two more storms heading its way a week after a typhoon devastated the country's central and northern regions.

The Meteorological Agency said Monday that a tropical storm was off the southern coast of Japan's southwestern main island of Shikoku. It was heading northeast, packing winds of 108 kilometres (66 miles) per hour.

The agency said the storm could dump up to 300 millimetres (1 foot) of rain in central Japan by Tuesday evening.

Another storm is expected to hit near southern Japan later this week.

Risks of flooding in the regions hit by the recent typhoon are much higher, the agency said, urging residents in those areas to prepare early.

Typhoon Hagibis, which hit Japan earlier this month, left at least 70 people dead and 12 others missing, officials said. Japan's Kyodo News agency, citing its own tally, put the death toll at 81. Nagano in central Japan and Fukushima and Miyagi in the north were among the hardest-hit areas.

The typhoon dumped record rainfalls in large areas of central and northern Japan, causing dozens of rivers to overflow, triggering mudslides and leaving tens of thousands of homes flooded, damaged or without power or running water.

Typhoon may bring 31 inches of rain, strong winds to Tokyo