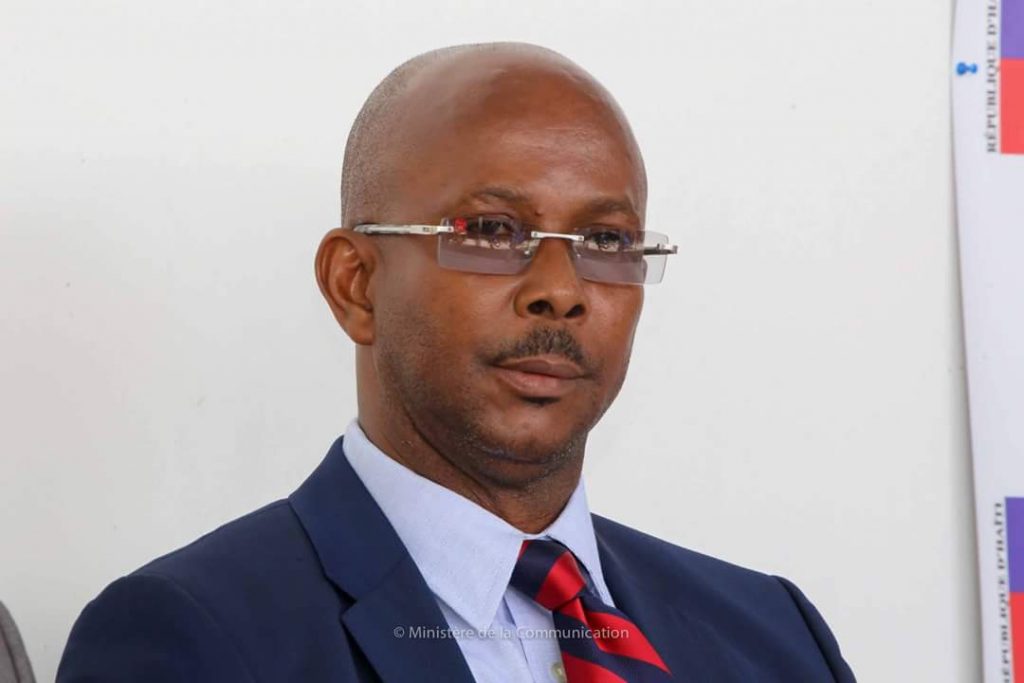 According to a statement issued April 10, 2019, by CARICOM Today, President Jovenel Moise announced Tuesday that Jean Michel Lapin, who once served as a courier in the public administration, to be the new prime minister of this French-speaking Caribbean Community (CARICOM) country.

Lapin, who had been serving as acting prime minister ever since 93 of the 103 members of the Chamber of Deputies voted in favour of removing Prime Minister Jean-Henry Ceant, last month, was reportedly one of three people who had been considered for the permanent position.

The others were attorney Majorie Alexandre Brunache, a former Consul General of Haiti in Boston and the daughter of President Boniface Alexandre, and Gabriel Fortuné, the Mayor of Les Cayes, a town in south-west Haiti.

In a Twitter message on Tuesday prior to leaving the country for a visit to panama, President Moise confirmed the appointment of Lapin, the former culture and communications minister, who was named acting prime minister on March 21.

Lapin will now spend the next few days forming his government before going before the Chamber of Deputies and the Senate to be ratified with a vote on his political programme.

Lapin is the third head of government under President Moise, since he came to office in February 2017.

The installation of a new government is an International Monetary Fund (IMF) pre-requisite for the disbursement of the first tranche of a US$229 million loan to Haiti.

In 2018, Haiti, the poorest country in the Americas, had a record US$290 million deficit, while its national budget was estimated at US$1.8 billion.

Political observers say that Lapin, a native of Jacmel, a port city in the southeast, is a relative unknown despite his years in the public administration and having served under the last four Haitian presidents.

On March 19, 2019, former prime minister Henry Ceant was ousted after to a vote of no confidence.

Ceant held office since July 2019, when his predecessor was removed for mismanagement of the end of subsidized oil aid from Venezuela.