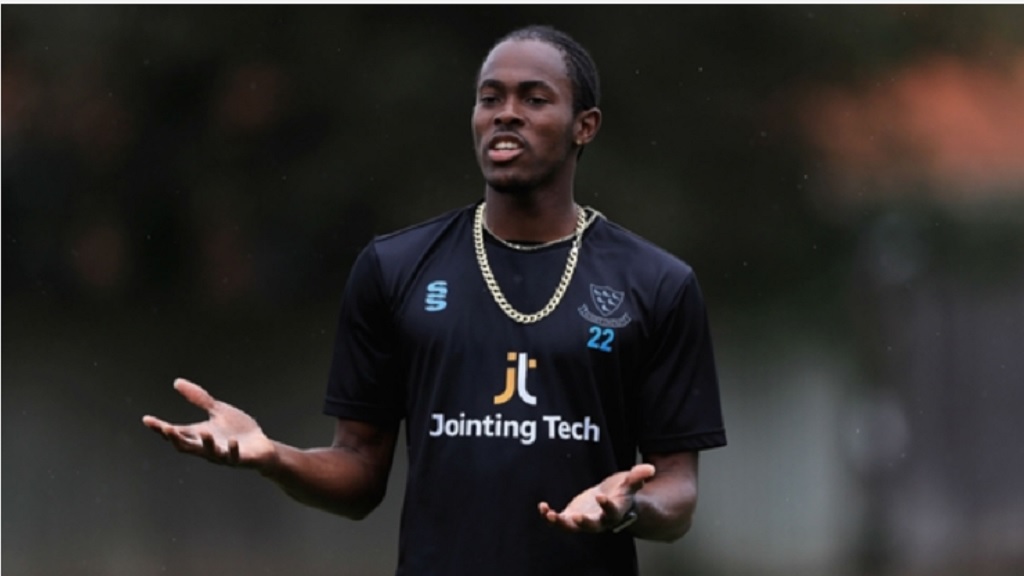 In a tweet commenting on the New Zealand vs England cricket series, Best commented on the pace of Barbadian Jofra Archer's bowling. Archer was crucial in England's World Cup win earlier this year.

"Is anyone concerned @bbctms that Archer is bowling so slow and only in his second series???? Even in the 1st test pace was down ever tho he had so much rest before NZ tour ?? Is he HURT ?? like we need to take the Right Hand Fast and put him to Medium- Fast #NZvENG."

Archer responded with, "The captain and I aren't worried but thank you for concern I really appreciate it " 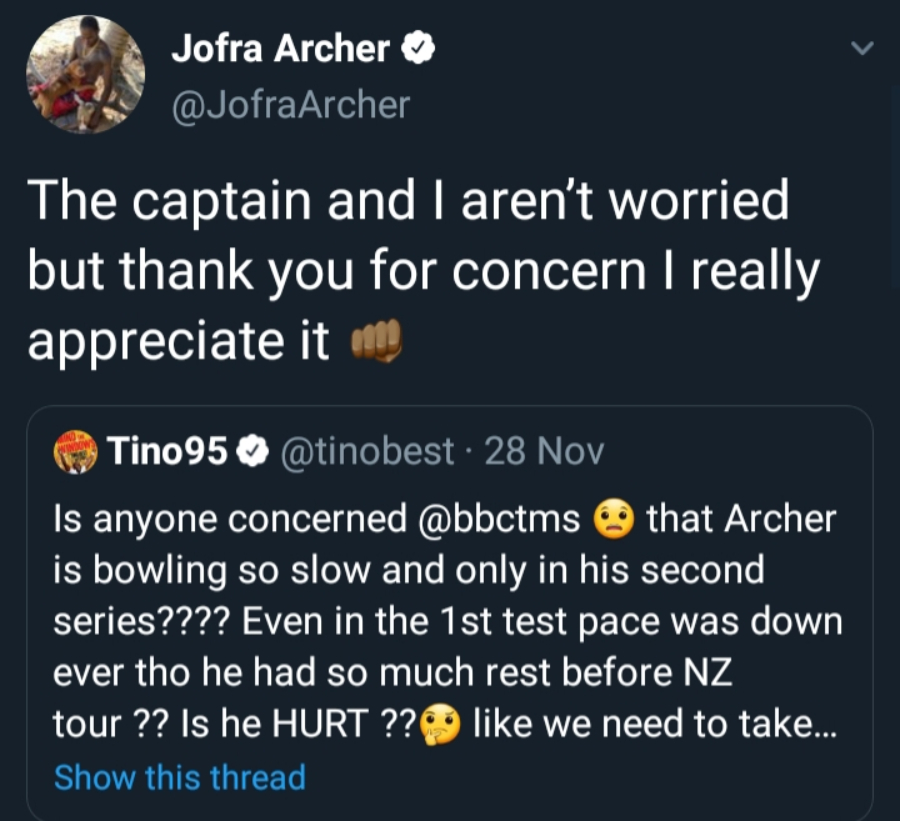 Not accepting such as the end, in another tweet, Best went on to make criticism of the current generation and their inability to listen to "constructive criticism".

"The problem with this generation is NO one can take constructive criticism I have the same issue with my son, every young person thinks when u speak to them it's disrespectful wow, well u live and u learn according to the OLD folks."

This seemed to ruffle the feathers of Archer a bit but he responded professionally.

"If that was really your intention you would of [sic] messaged me personally, Barbados isn't big you could of [sic] gotten into contact with me but go on have your moment on Twitter"

Possibly needing to have the last word, Best couldn't resist putting in a bit of jab at Archer.

"And I will reply in LOVE young man go SA and bowl fast like a raccoon and keep us all entertained and remember the team have enough medium pacers. Gods [sic] Blessings Son"

The back and forth is garnering attention with many of Archer's fans remarking of their exchanges with Best online and reposting numerous DM conversations where his comments are not so kind. Many Archer fans encouraged him to rise above and not entertain the tweets of Best.