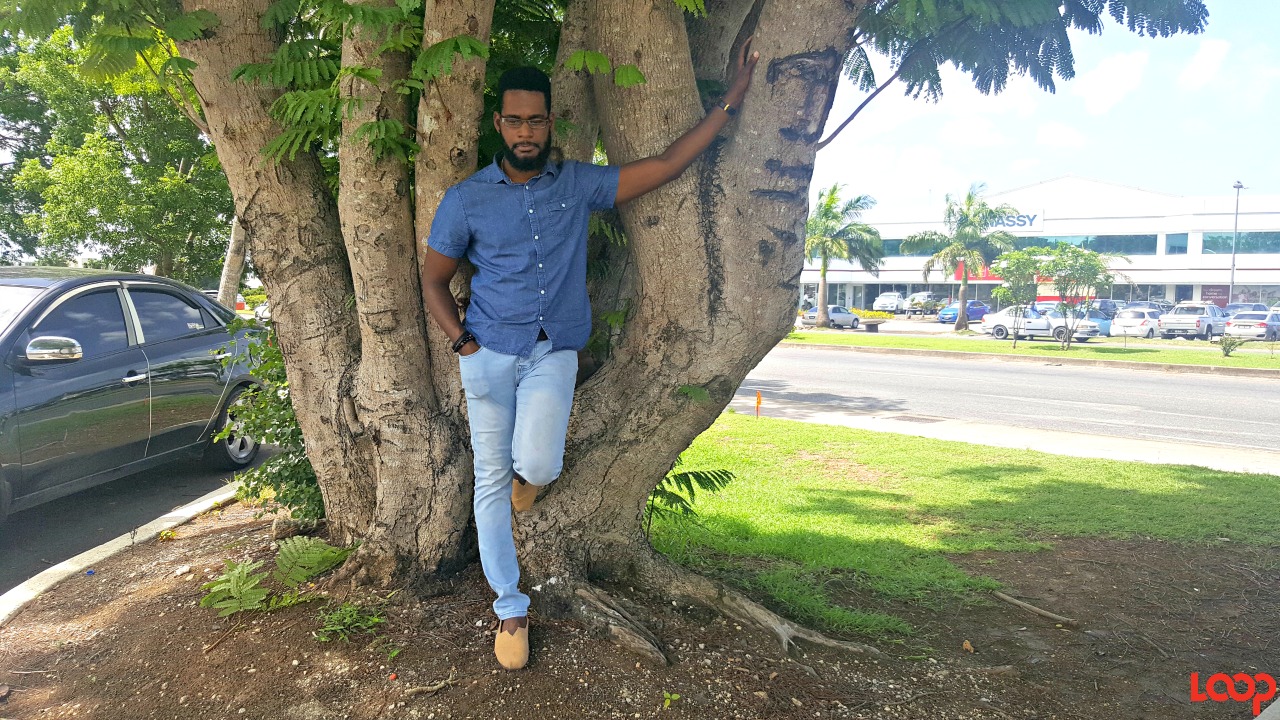 John Yarde beckons you to 'join together and release the soundz'.

Twenty-seven-year-old John Yarde is now living a life that connects him with purpose in a way that he never foresaw as a child or teen.

A lover of the drums with an ear for music, he had no plans of being the man standing at the mic bellowing out the lyrics melodically.

Laughing, the past student of Ellerslie Secondary School said, “I grew up in the church. My dad is a pastor. I used to play the drums. That’s my first love, still is. So I spent a lot of time in the church playing drums, singing in the Sunday School choir, recitations, the works, PK – Pastor’s Kid, the works. Actually, this was never part of my plan. A couple of weeks ago I sat down and I was just reflecting and I thought to myself, ‘How the heck did I get here?’

So what flipped the script?

The chef told Loop how he got behind the mic. “A year I traveled to the States to do my internship. I did Culinary Arts at BCC, and when I traveled to do my internship I attended a church there and they needed a drummer so I played. I cam back the next year to work and they didn’t need any musicians because they had some guys from Jamaica who were awesome. So I used to go to the rehearsals and watch them rehearse because I wanted to learn still and I also had an ear for music and singing harmonies and so on. So I would hear sometimes where the team would not always be on so I would sing a harmony here and there.

And then he said that embarrassingly, once he stepped into singing someone showed him a clip of himself singing when he was younger and a part of a boy group called the Offering Boys. So with a smile, he said yes, it seems as though he has gone full circle.

With his album launch set for this evening, John talked about John 1 and the work he has put into it. Each track was treated as a single and can be purchased online as a single because that is how people mostly consume music in today’s world, but John said that the motivation behind the album concept is for those who still want to purchase the collection as memorabilia and for nostalgic purposes.

Talking about what is on offer through the tracks, he said that there is something for everyone who appreciates good music and authentic music.

Excited about the sound of the album, he said that even though there are some ballads and pop stuff, “it is still very coherent”.

Holding true and identifying as “a Caribbean guy” he said that at least six records are still fusions with some reggae undertones, bold reggae elements, Afro-Caribbean, some Afro-soca, some Soca-afro and even Pop-afro. “We played around with a lot of concepts when it comes to music.”

The album is titled ‘1st John’ and beyond it being his first album and his name being John, he said that the idea behind the name is that his music must first touch him, he must first b blessed by it. Then and only then can he share it authentically with the world. He said he refuses to share the ministry if he is not convicted or passionate about it.

Running through the album are themes like ‘Yes you can’, ‘Rising higher, ‘There is nothing too hard for the Lord to do’ and ‘Worshipping Yahweh’.

With his dream being to take music from this rock beyond the shores to impact the world like a Marvay, DJ Puffy, or Rihanna, he said he does not feel that the genre of gospel will restrict his reach.

Emphatically, he said, “A good melody is a good melody, whether it  is work, work, work, work, work, if it is Man in the Mirror, or if it’s Lean on Me by Kirk Franklin, strong melodies, things that people can connect with, ultimately draw people and good music, is good music. So you are going to tap your foot and nod your head when you hear the songs and you’re going to want to dance and sing-a-long because we spent time approaching it like a single we treated every song like a single, in that it must get the maximum response.”

Some productions didn’t make the cut, and yes the album was a costly venture, but seeing the final product, John said he has no regrets, especially as is one who believes firmly in not denying the process and appreciating the journey.

His hope is that album makes a lasting impression on people. “I hope that they can walk out the themes that are in the song, the record, the album. My hope is that it inspires someone to walk out those themes. And from an artistic point, I hope that people will not just enjoy it but that they will love it.