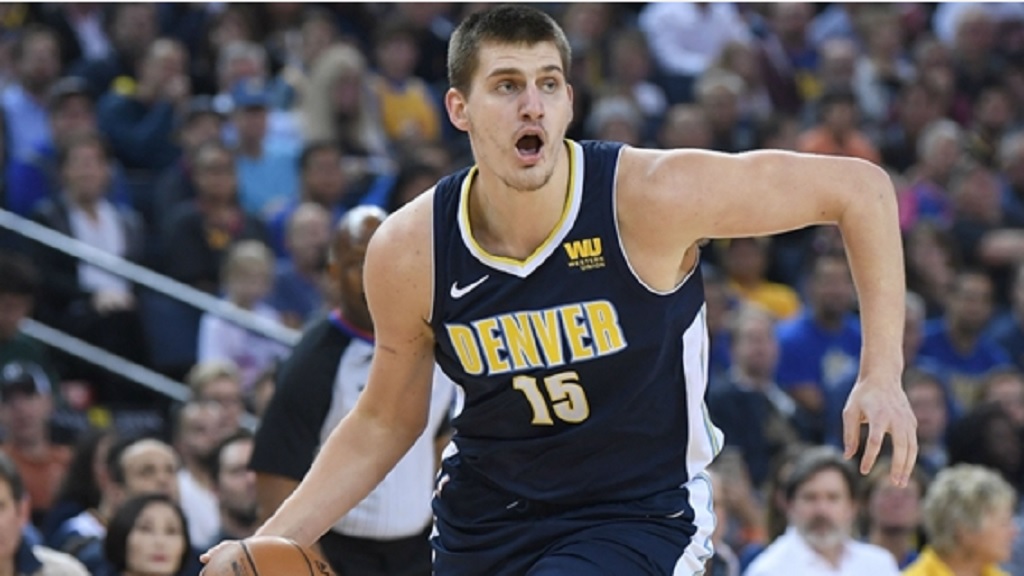 Nikola Jokic starred as the Denver Nuggets snapped the Toronto Raptors' winning streak, while the Golden State Warriors ended their skid on the road.

Jokic posted a triple-double to lead the Nuggets past the high-flying Raptors 106-103 in NBA action on Monday.

Led by Jokic's 23 points, 11 rebounds and 15 assists, the Nuggets snapped Toronto's eight-game winning streak, while extending their own unbeaten run to six.

Gary Harris left the game in the first quarter with a hip injury but Jamal Murray thrived in his absence by posting 21 points in the contest.

Kawhi Leonard chipped in with 27 points for the Eastern Conference-leading Raptors.

Stephen Curry scored 30 points and nailed six three-pointers as the Warriors bounced back with a 128-111 victory over the Atlanta Hawks. Kevin Durant added 28 points to end Golden State's six-game losing streak on the road.

Julius Randle scored a career high 37 points on 15-of-24 shooting in the New Orleans Pelicans' 129-126 loss to the Los Angeles Clippers.

Paul Millsap scored six points on two-of-nine shooting, but his Nuggets still came out on top against the Raptors.

Kevin Knox scored eight points on three-of-11 shooting for the Knicks in their loss to the Wizards.

The San Antonio Spurs and Utah Jazz do not have the most impressive records, but both sides are trying to stay afloat in the Western Conference. Utah are 14th in the west, while San Antonio sit 12th, but only five wins stand between them and the head of the pack. The Jazz lost 102-100 to the Miami Heat on Sunday, while the Spurs rode a 36-point performance by DeMar DeRozan to a 131-118 victory over the Portland Trail Blazers.

He talks a lot of trash! - Durant hands jersey to rap star Drake