Jus D's fans came out to celebrate with him at Glow 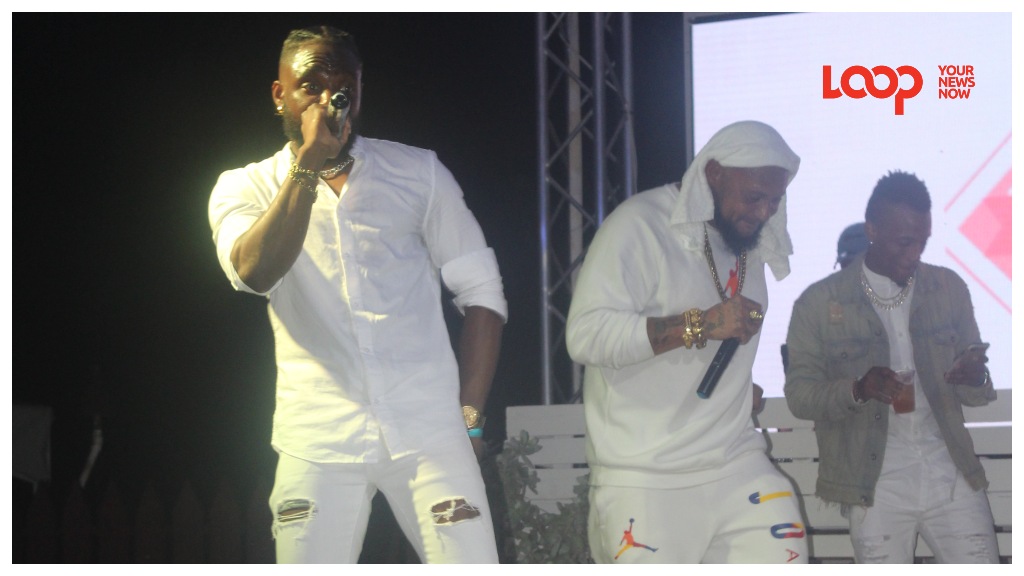 Jus D's Glow was a hit

Jus D brought the ‘glow-up’ to Copacabana and it was lit.

The beachside venue seemed to be the perfect location for ‘Glow’, an all-white themed birthday party hosted by the local entertainer. The abundance of patrons in white apparel coupled with the effect created by strategically-placed lighting only added to the cool ambience of the well-attended event.

Adhering to established COVID-19 protocols, patrons were required to don masks, temperatures were taken and both names and contact information were registered before entry into the event. The open-air property, allowed for adequate spacing where patrons moved freely as the action on stage kept the vibes flowing.

The show boasted an extensive cast which delivered a bit of something for everyone. Man of the night, Jus D, jump started the party vibes just after 10.30 pm with a few of his hits including “So What”. He set the tone for the night and was followed by his myriad of friends, including Ramases, Malonneyy, Dabian and Ashari.

Izzy free-styled and brought the reggae vibes to the responsive audience while Faith, iWeb and Grateful Co. were all similarly well-received with hits of their own.

Mikey, Hypasounds and Coopa Dan excited with their soca offerings, the ladies’ darling   Shaquille teased with his sweet selections while Mole satiated the appetites of bashment lovers. Peter Ram catered to the dancehall/dub lovers, Marzville also made an appearance while Leadpipe and Saddis were their usual entertaining selves during their set.

Even though it was Jus D’s birthday celebration, he gifted attendees with surprise performances by Soca Queen Alison and Edwin ‘De General’ Yearwood. They were the proverbial icing on Jus D’s birthday cake, much to the delight of patrons.

It was an extra special treat when Jus D teamed up with the other artistes on the Inside Out riddim. This segment saw the return of Faith, Peter Ram, Shaquille and Fadda Fox and they held a miniature party onstage which the patrons didn’t want to end.

Throughout the night Jus D made a number of appearances between performers and thrilled with several of his well-loved tunes from his repertoire including “Manager”, “Hole”, “Touch”, “Nothing to Something” and “Only Thing That She Know”, among many others.

At the stroke of midnight, MC Infamous HD led attendees in an impromptu rendition of the Happy Birthday song, calling Jus D onto the stage and surprising him with the presentation of a beautiful cake.

In speaking to Loop News, Jus D shared: “This was our first major fete and it’s definitely an event we will continue into the future.”

Held on a night when the island remained under a flash flood warning, Jus D’s fans showed that nothing could keep them from supporting the local talent.

“Although we had to deal with the COVID-19 restrictions and bad weather, the turnout was great! People stayed until the end and a few even came up saying ‘thank you for putting this together’ and they can’t wait until the next one, so that’s a great sign,” the singer and producer gushed.

By the end of the event, which went well into the early hours of Sunday morning, fans were completely satisfied. The appropriately branded ‘Glow’ provided quality local entertainment filling a void in the midst of the COVID-19 pandemic, which has significantly affected the industry. It was just what party lovers needed to reenergise their waistlines and refresh their spirits.