Relatives of Barbados' second murder victim for 2020 have speculated that jealously may have been the motive behind the bold, public execution of their loved one.

Still reeling from the events which saw Marley Vale resident, Marlon Holder gunned down outside the St Alban's Primary School compound on January 16, the family has made a call for his killer to be brought to justice.

His mother and maternal aunt spoke to reporters at the scene of the shooting on Thursday morning, where they, and other relatives and friends, waited anxiously to get a glimpse of Holder's body.

His mother, Myrtle Skeete said when she got the call that her son had been shot, she panicked.

“I took it very hard and rough. When I first get the news I was cooking breakfast. It didn’t went down very well with me because I start to scream and shout, my sons come and tell me to calm down that Marlon will be alright. I say if somebody shoot Marlon I don’t know if he okay or not. Then when I hear that he wasn’t responding I say look how somebody kill my child early this morning and I start to holler."

Holder reportedly tried to flee his car after he was shot. He collapsed in the road and later succumbed to his injuries. The shooting occurred in full view of students and staff of the Weston St James school. Two children, one of which was Holder's son, and a female passenger were also inside the vehicle at the time of the shooting.

Skeete described her son as "loving person" who went out of his way to ensure his mother was contented. She said she was unsure of the motive for the shooting but she had a hunch her son's well-to-do ways may have been the cause, noting Holder had a thriving rental car business. 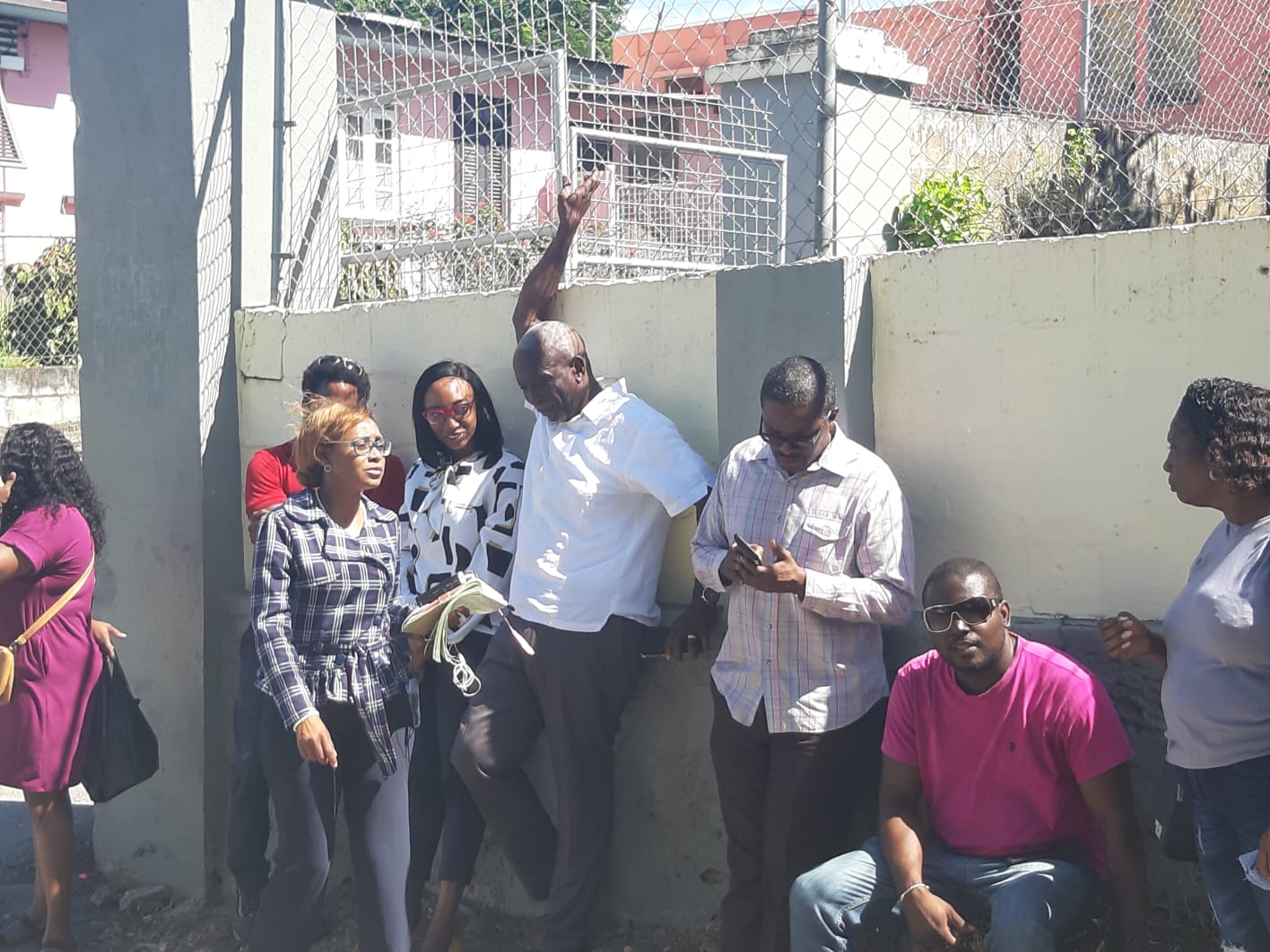 {Photo: Holder's father (white shirt) was in shock at the news of the brutal killing of his son}

His aunt also described the deceased as a "loving person" to all his family, especially his young son. Justice, she said, will be served for her slain nephew.

"Marlon was a lover but as God see what happen he will take care of the person that done this. His time will come.”