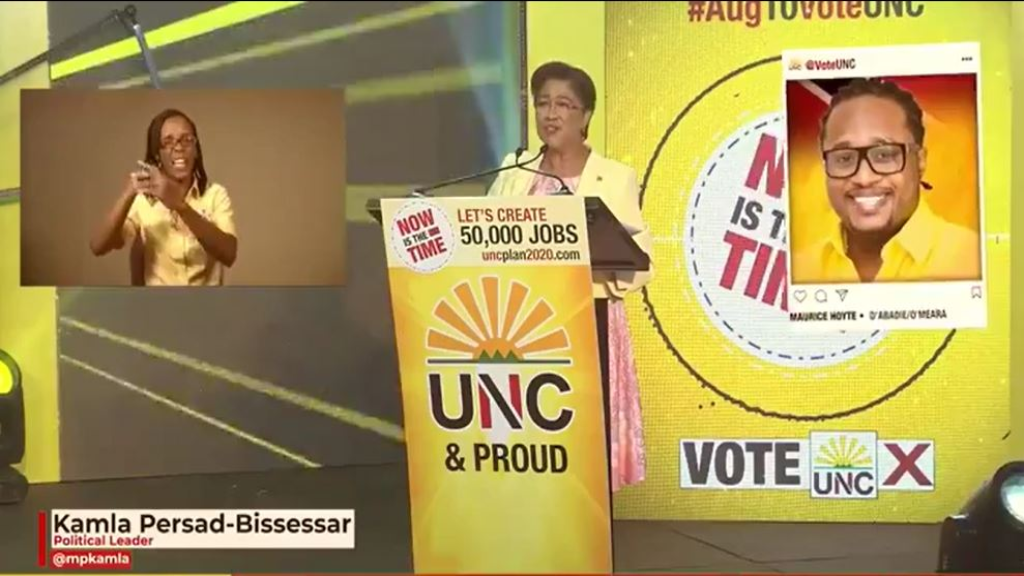 T&T nationals awaiting the granting of exemptions to return home are like “vagrants” having been “abandoned” by the People’s National Movement (PNM) Government.

This from United National Congress (UNC) leader Kamla Persad-Bissessar who likened the “lockout” of nationals to proportions worse than that of the oppressive systems of slavery and indentureship.

Persad-Bissessar made the assertion while speaking at the UNC’s virtual political meeting On the Ballot on Thursday night.

She accused the Government of leaving as many as 10,000 citizens stateless, claiming that the Dr Keith-Rowley led administration’s only plan to treat with COVID-19 was to lock down the country’s borders.

The UNC leader assured that if her party returns to office, it will ensure that citizens are allowed to return home using a UNC plan for repatriation previously presented to the Government.

National Security Minister Stuart Young previously explained that the repatriation of citizens is based on the capacity of both State-supervised and State quarantine facilities.

To date, Government has granted more than 4,500 exemptions for citizens and their families to return to T&T.

T&T currently has six COVID-19 positive patients in recovery at the Caura Hospital. Three of those cases are possible ‘local’ spread as health officials are yet to determine how the patients contracted the virus.