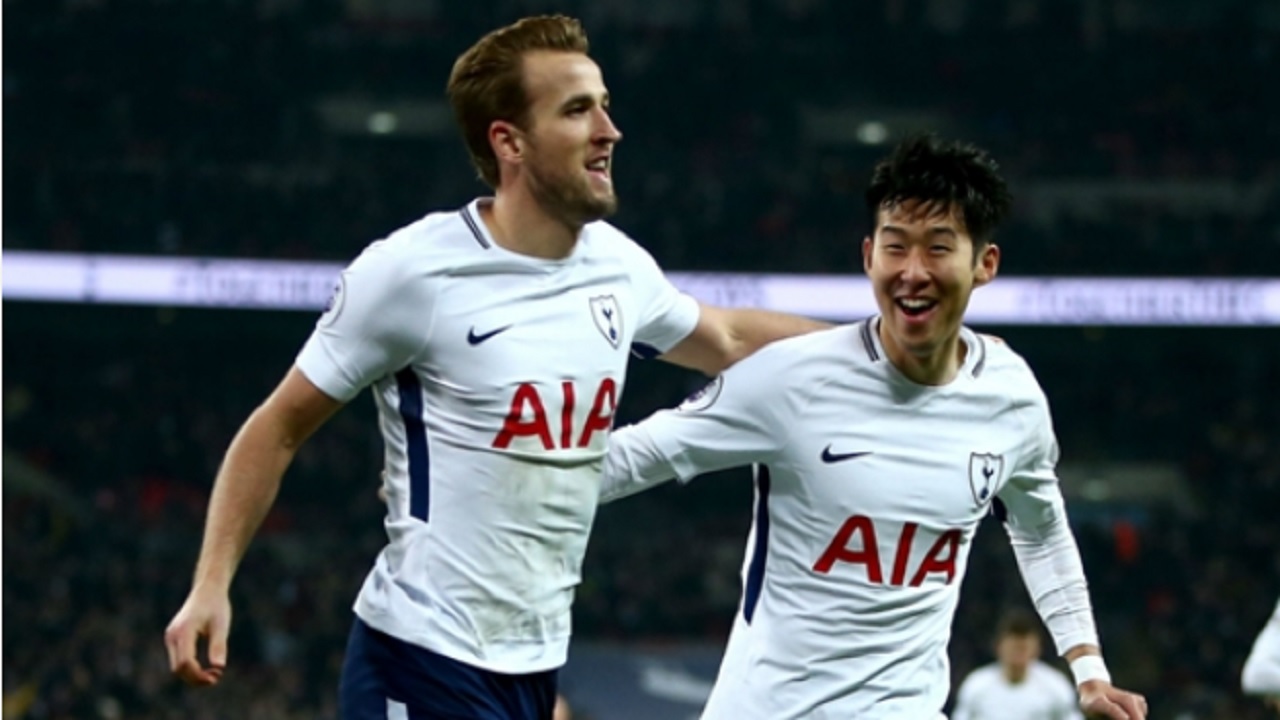 Harry Kane scored twice to become Tottenham's all-time leading goalscorer in the Premier League as they eased to a 4-0 win over Everton at Wembley.

This season has already seen Kane break Alan Shearer's record for most Premier League goals in a calendar year with 39, while also finishing 2017 with more goals than Lionel Messi and Cristiano Ronaldo.

And he now owns a piece of Tottenham history after he helped Spurs put Everton to the sword, his brace taking him past Teddy Sheringham's previous record of 97.

For much of the match, however, Kane had played second fiddle to Son Heung-min, who broke the deadlock after 26 minutes and set up Kane's first shortly after the interval.

Son, who has had a hand in more goals at Wembley than any other Tottenham player this season with seven goals and four assists, was comfortably the best player on the pitch but it was Kane who assumed centre stage as his 98th top-flight goal arrived in the 59th minute.

That put the game beyond doubt and Christian Eriksen added late gloss to the scoreline in a win that moves Tottenham level on points with fourth-placed Liverpool, while Everton have now lost their last four games in all competitions, Cenk Tosun's debut for the Toffees amounting to a damp squib.

Spurs, who claimed a 3-0 win at Goodison Park back in September, struggled to create much in the early stages despite enjoying the better of the play, but a chance to break the deadlock went begging as Son headed Eriksen's free-kick narrowly over.

Wayne Rooney then dragged an effort wide at the other end and looked to have given Everton the lead in the 22nd minute as he turned Tosun's flick-on beyond Hugo Lloris from point-blank range, only to be correctly denied by the offside flag.

Kane then forced Jordan Pickford into a strong save down to his left at the end of a quick Tottenham counter, and the hosts' strong response to the scare Rooney provided was quickly rewarded.

Serge Aurier, heavily involved in Tottenham's build-up play throughout the first half, attempted to flash an effort across goal but his shot turned into a cross that Son confidently converted with a calm close-range finish.

And Son was at the heart of the move that put Tottenham two goals to the good just two minutes into the second half.

The South Korea star brilliantly turned past Jonjoe Kenny and surged down the left before firing in a low cross for Kane to move level with Sheringham with a simple finish, though replays suggested he had strayed offside.

Son then played in Dele Alli, who failed to find the finish as he shot into the side netting, before Pickford was forced into action once more by a fierce low drive from Kane.

The woodwork denied Son a second as he struck the left-hand post, but Tottenham were soon celebrating again as Kane surpassed Sheringham by meeting Eric Dier's curling delivery with a scruffy finish into the ground that looped over Pickford.

Tottenham did not take their foot off the gas and, after a double save from Pickford denied Son and Alli, the latter's backheel set up Eriksen to fire in a fourth on a night that firmly belonged to Kane and further demonstrated the gap in quality between the two sides.