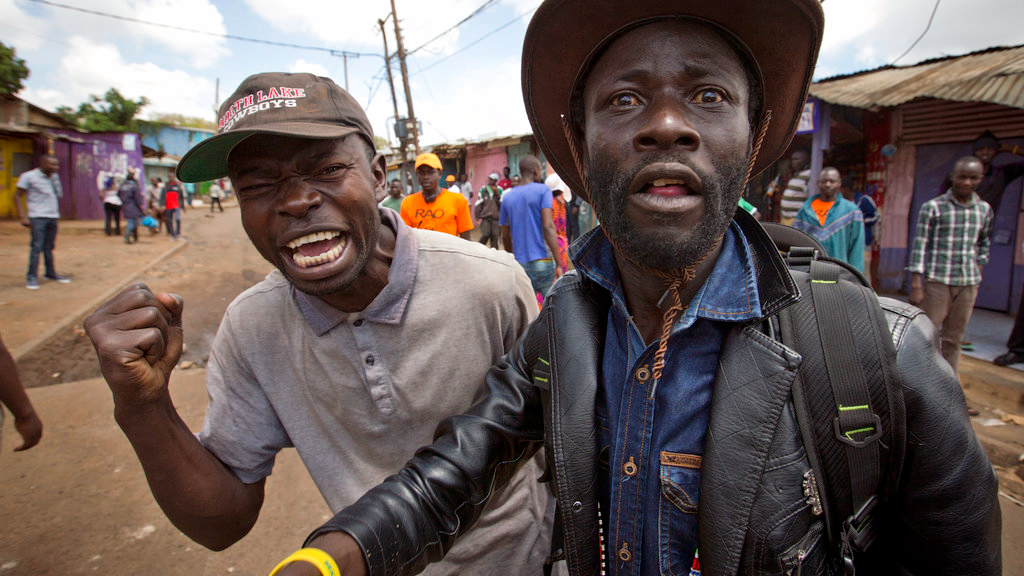 Kenya's opposition appealed to election officials not to conduct voting in four restive counties on Saturday, saying it will only lead to more bloodshed after at least five people died in clashes between police and protesters.

However, the governor of one county, Kisumu, described the plan to open the polls on Saturday as a "joke." Peter Anyang' Nyong'o said he fears security forces will open fire on opposition protesters if there is an attempt to open polling stations.

If the election commission chief "wants to hold the election here, he is just going to cause more deaths," Nyong'o said. Church leaders and lawyers in Kisumu city also criticized the plan, and a senior opposition official, Musalia Mudavadi, urged people in the four counties to again stay home.

"I can promise you it will not happen here. It will not happen," said one Kisumu resident, R. Samson Odhiambo. "This is our polling station here but we won't vote, come what may."

Also Friday, clashes between police and opposition supporters continued. One man was shot dead in Bungoma County, raising the death toll since Thursday's vote to at least five. A 12-year-old boy and three other people were shot and wounded in Migori County, according to police.

The election commission asked Kenyans to be calm and patient while it counts and verifies results from the new vote. Commission chief Wafula Chebukati said he understands the fatigue that many Kenyans feel over the political uncertainty in East Africa's economic hub.

"We acknowledge the fact that you want to move on with your lives," Chebukati said.

President Uhuru Kenyatta was declared the winner in the August vote; opposition leader Odinga, whose legal challenge led to the vote being nullified, withdrew from the new election, saying the process was not credible because of the lack of electoral reforms.

The Supreme Court's decision was the first time a court in Africa had overturned a presidential vote. The ruling was sharply criticized by Kenyatta, who seeks a second term. After voting Thursday, he said he will work to unify the country if re-elected.

"What we have is a problem of tribalism, and tribalism is an issue that we must continue to deal with and fight with as we continue to develop our country," Kenyatta said.

Many observers say Kenya's ethnic-based politics overshadow the promise of its democracy. Kenyatta, who got 54 percent of the vote in August, is from the Kikuyu group; Odinga, who got nearly 45 percent in the earlier election, is a Luo.

Odinga and Kenyatta also faced off in a 2013 election similarly marred by opposition allegations of vote-rigging. The opposition leader also ran unsuccessfully in 2007, and ethnic-fueled animosity after that vote killed more than 1,000 people and forced 600,000 from their homes.