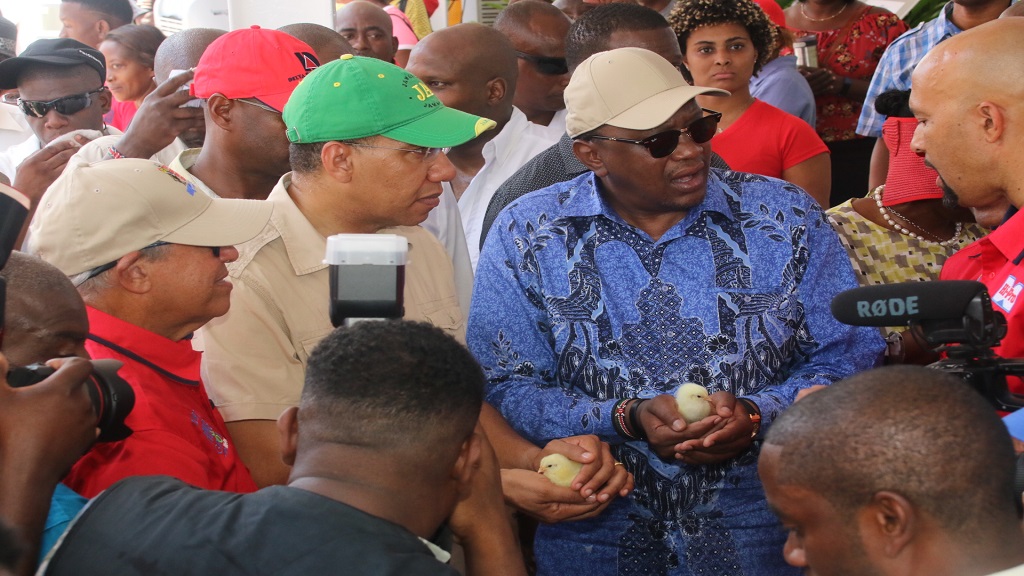 A heavy visiting delegation led by Kenyan President, Uhuru Kenyatta, arrived at the Denbigh show in Clarendon just after 11:00 am after a smooth and intensely co-ordinated trip along the PJ Patterson Highway from the Corporate Area, to a warm reception from show-goers who relished in the African connection.

Amid a tour of the massive show grounds alongside Prime Minister Andrew Holness and other local officials, Kenyatta was repeatedly hailed as “Mr big man from African”.

Even more pronounced was the ease with which he integrated alongside Holness, with the rustic farming conditions at Denbigh, plus the unorthodox engagement and acclaim from locals. 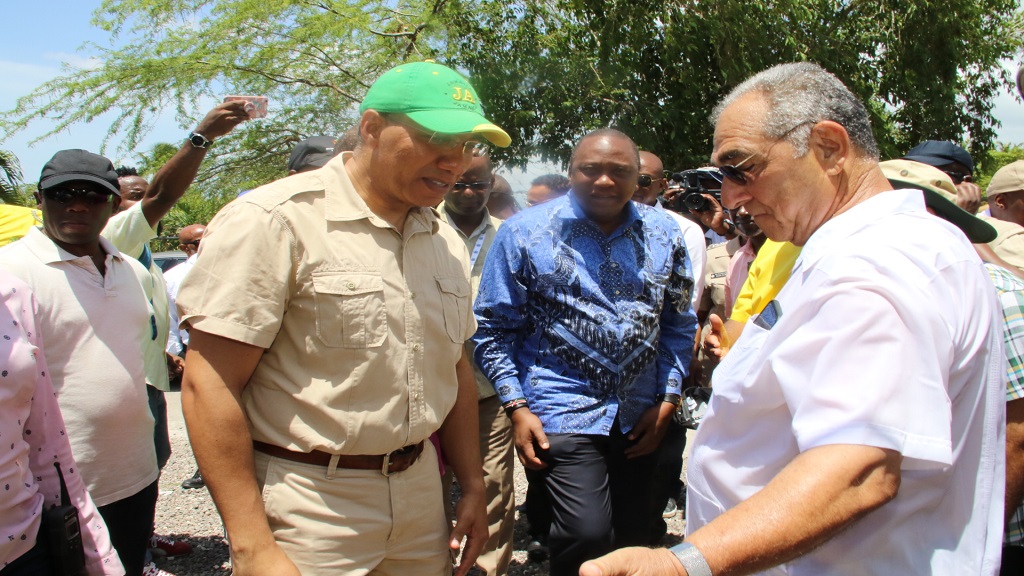 Indeed, but for his own noticeable security detail, and the African-type attire of a lone female member of the visiting team on the tour, one would hardly have thought that a head of state was present, as Kenyatta blended in so well with the Jamaicans.

His visit to Denbigh followed the signing of four agreements between Jamaica and the Republic of Kenya within three Memoranda of Understanding (MOU) and a framework agreement at Jamaica House on Monday, as part of Kenyatta’s state visit to the island. 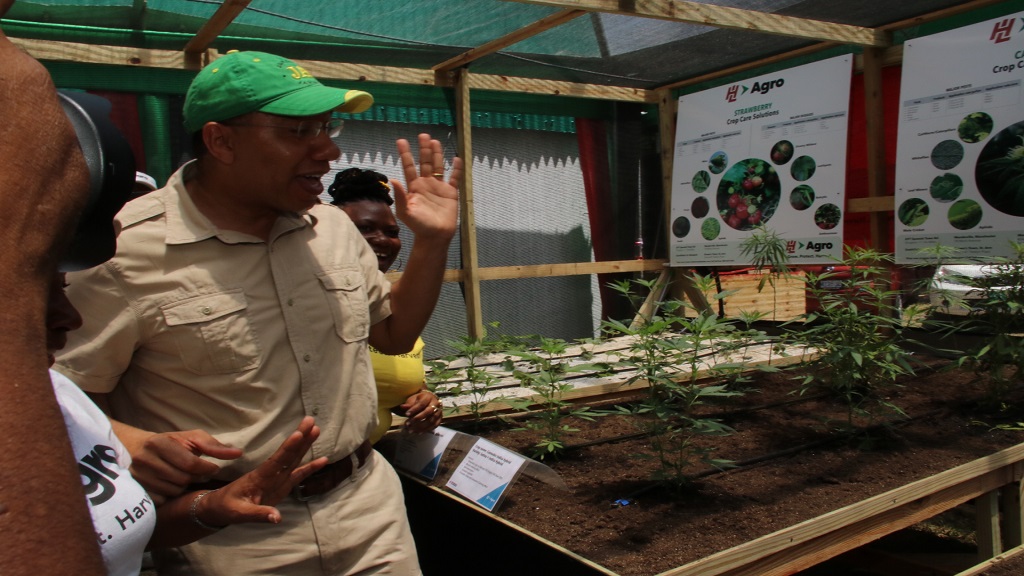 Prime Minister Andrew Holness in a 'high' on arrival at a legal 'herb curb' on the Denbigh show grounds.

The MOUs and framework agreement are expected to strengthen ties between the two countries in the areas of political consultation, tourism, sports, culture and heritage.

Kenyatta and his wife, Margaret Gakuo Kenyatta, were invited to the island to be guest of state during the island's independence anniversary celebrations.

According to Holness, there is a growing relationship between both countries, which is symbolised by Kenya recent appointment of its first high commissioner to Jamaica. 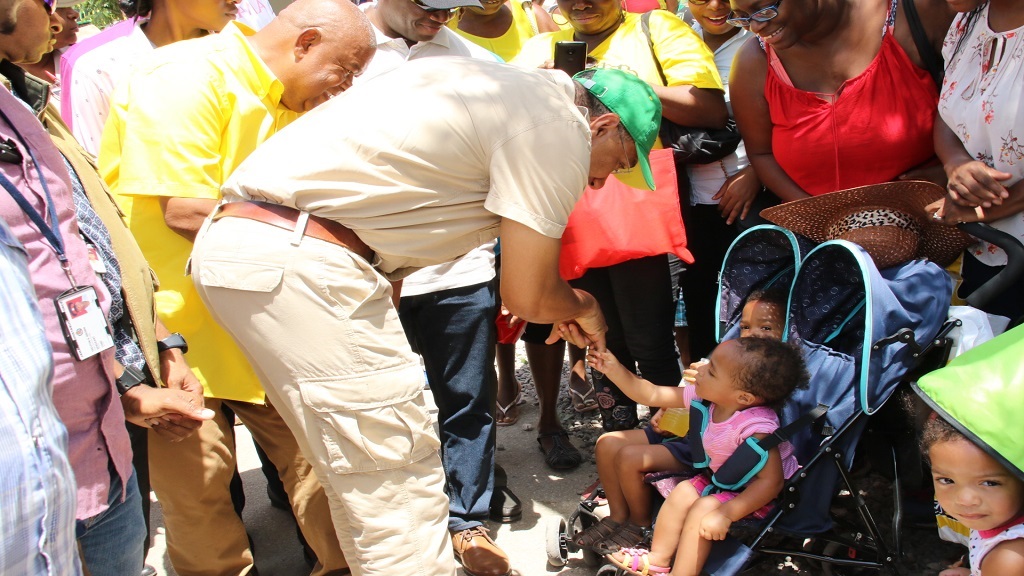 Prime Minister Andrew Holness takes time out to greet some little ones on tour of the Denbigh show grounds on Tuesday.

Holness said both countries need to create measurable economic and commercial activities, as they are showing similar macroeconomic results, as Kenya is among the 10 fastest growing economies in Africa.

Kenyatta, meanwhile, said the visit will deepen the bonds of friendship between the two countries, which are intended to increase the level of bilateral relations.