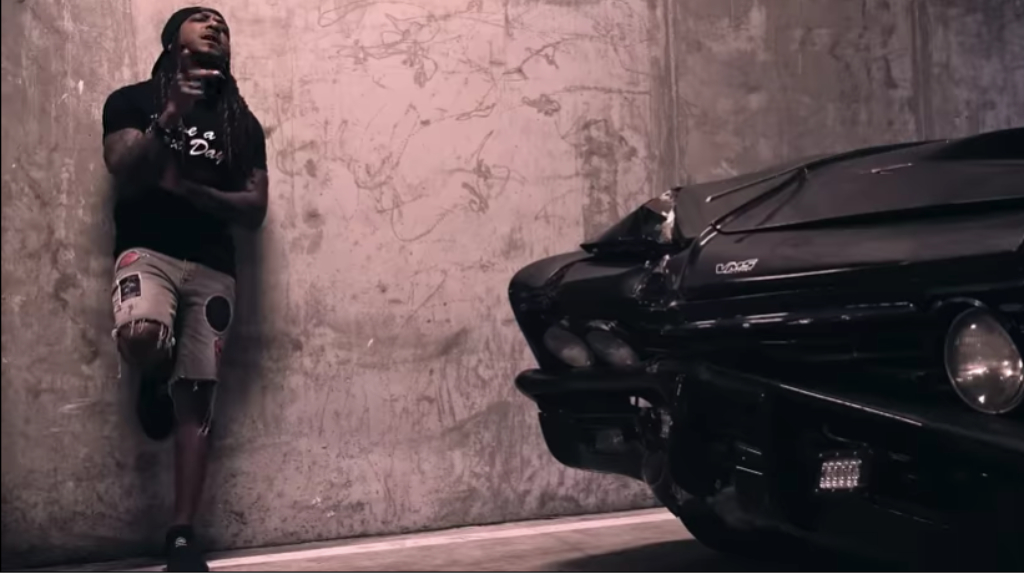 Clip from Right for Somebody music video.

If there was an award for the Soca song produced for Trinidad and Tobago Carnival 2019 with the most positive message and music video, it would go to Kerwin Du Bois.

Three weeks since it was released on YouTube, and the official video for 'Right for Somebody' has amassed in excess of 77,000 views and garnered over 2,000 likes.

"Self-love, self-appreciation and self-acceptance is extremely important when trying to achieve and embrace happiness. This song has touched people in a way that was not anticipated and in return I attempted to embody all the emotions that I have felt and those that have been shared with me by friends, family and fans. Remember to share love and to be true to yourself at all times."

The video which was Handcrafted, Shot, Directed and Edited by Kerwin Du Bois himself, shows that there are "so much different people in this world; some much different opinions" - some who hide themselves in fear of rejection, some who always need approval, some who couldn't care less what people think of them and some like him who have to stop trying to run from themselves.

He ends the video introduction, narrated by himself with "One day I had to stop and ask the question, 'How long yuh think yuh can run from yuhself?' It's not where I come from or what I come from, I need to know the real value of the real me... Dah's when uh stop running!"

Persons of all ages, backgrounds, socioeconomic classes, races, ethnicities, genders and sexes appear on the screen. He even hones in on a woman in a physically abusive relationship. And he urges in the song, "Personally, don't take it too personally...now it's safe to say, me nah gon mek dem kill me." The song beckons others to value themselves, work hard to better themselves and take care of themselves.

In the comments, people are singing their praises for not only the video, but for the message in the music.

'I don’t think you guys understand how POWERFUL this song is. Just what he says before the song even start. Kerwin I want to Personally thank you and I send nothing but love, vibes, Positivity, Good Health and long life your way.'

'I like the message of this song. Kerwin is really bringing it this season.'

And rounding out the Top 3 comments was:

'I'm really impressed that he handcrafted, shot, directed and edited this video. This is an amazing song and the video really embodies the message of the song. Really great job Kerwin

Watch: Kees and Shenseea get close in new music video