KFC suffers from chicken shortage in the UK 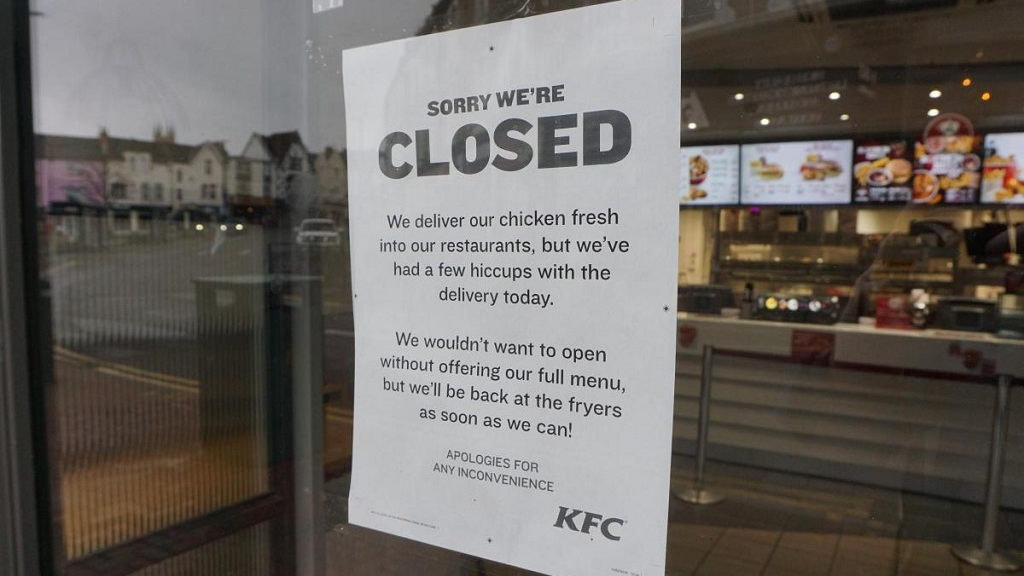 KFC-lovers in parts of the UK were dismayed after the company experienced a temporary shortage of chicken due to delivery issues.

The BBC said in a report Monday that hundreds of outlets were closed as a result of a supply disruption.

There are approximately 900 UK restaurants, 80 percent of which are run by franchisees.

KFC chicken was delivered via a South-African owned company called Bidvest, however, due to a change in contract which came into effect last Tuesday, some of the restaurants began running out of chicken.

The company tweeted to followers that the issue should be resolved soon.

"Hi Kevin, We deliver our chicken fresh to our restaurants and unfortunately have had some hiccups with delivery today. We are reluctant to open any restaurants without the full menu available. We're very sorry but the Colonel is working on getting this fixed," the company said via Twitter. 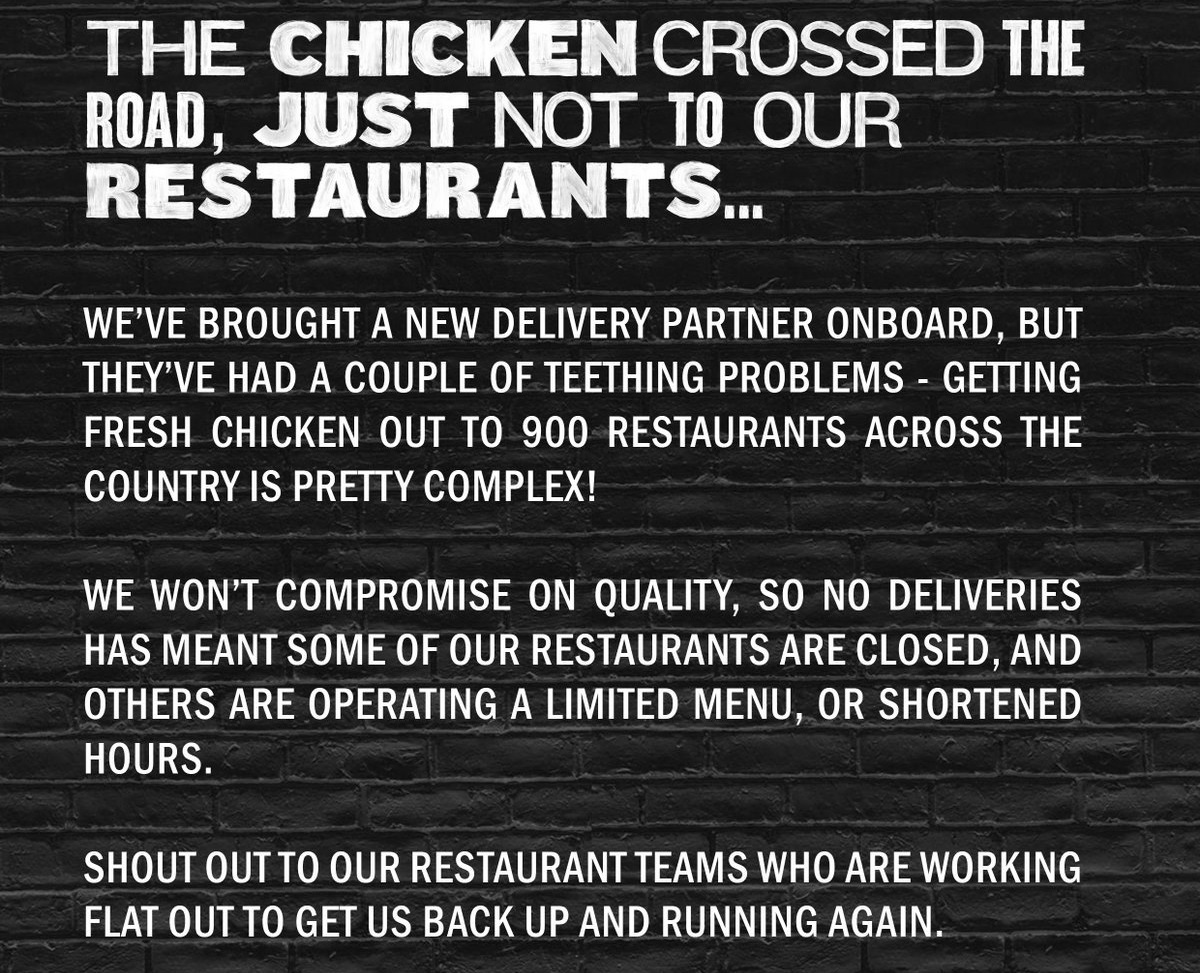 "The chicken crossed the road, just not to our restaurants," KFC said on Twitter.

"We've brought a new delivery partner onboard, but they've had a couple of teething problems - getting fresh chicken out to 900 restaurants across the country is pretty complex!" it added, apologising to customers for the inconvenience."

"We won't compromise on quality, so no deliveries has meant some of our restaurants are closed, and others are operating a limited menu or shortened hours."

The statement listed KFC restaurants that were still open despite the problems.

DHL said: "Due to operational issues, a number of deliveries in recent days have been incomplete or delayed. We are working with our partners, KFC and QSL, to rectify the situation as a priority and apologise for any inconvenience."