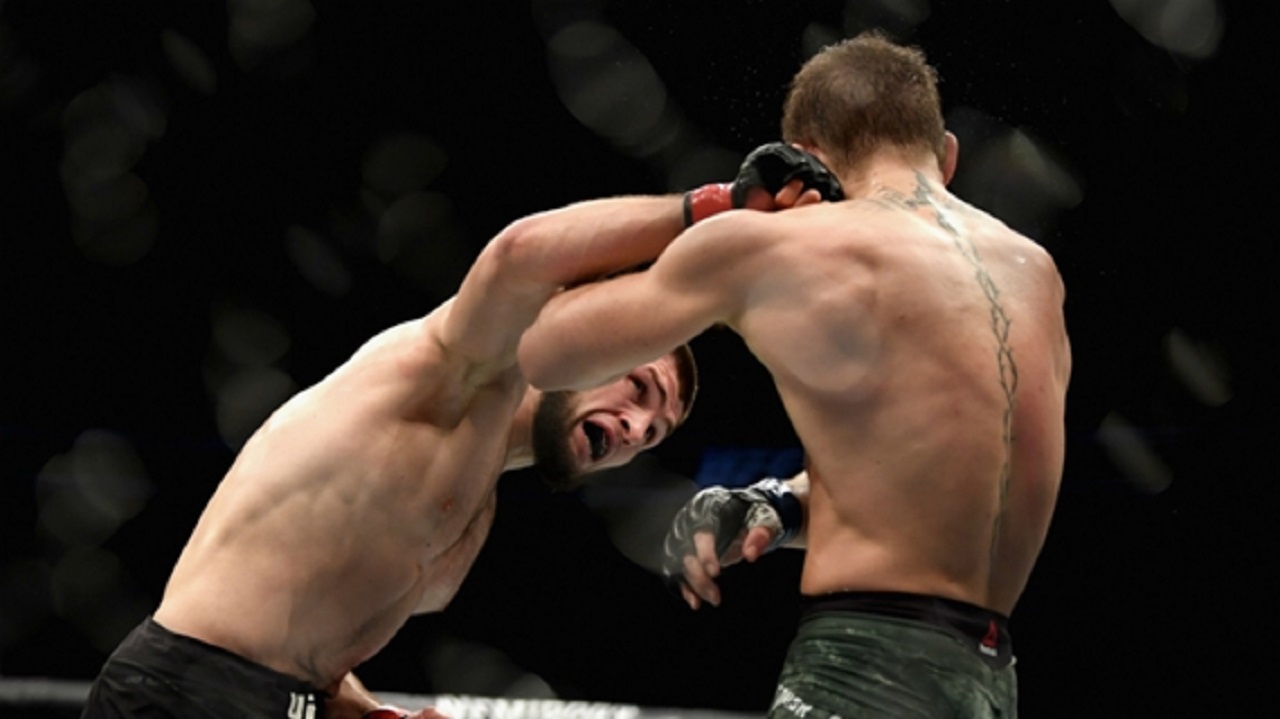 Khabib lands on McGregor at UFC 229.

Khabib Nurmagomedov and Conor McGregor have been suspended by the Nevada State Athletic Commission (NSAC) for their post-fight brawl at UFC 229.

The NSAC will meet again on October 24 to discuss further penalties and whether to withhold Khabib's purse or not.

Khabib then got into a confrontation with McGregor's jiu-jitsu coach Dillon Danis.

Lightweight champion Khabib scaled the cage and got into a fight with Danis, which started a chain of events with punches thrown both inside and out of the octagon.

McGregor is being reviewed for possibly throwing a punch at one of Khabib's team-mates.

The Irishman was pushed and punched by two of Khabib's other team-mates after the fight ended.

On Thursday, Khabib posted on Instagram he would quit UFC if the promotion cut ties with his team-mate Zubaira Tukhugov, who was one of the men seen punching McGregor.

McGregor to return against Nurmagomedov at UFC 229