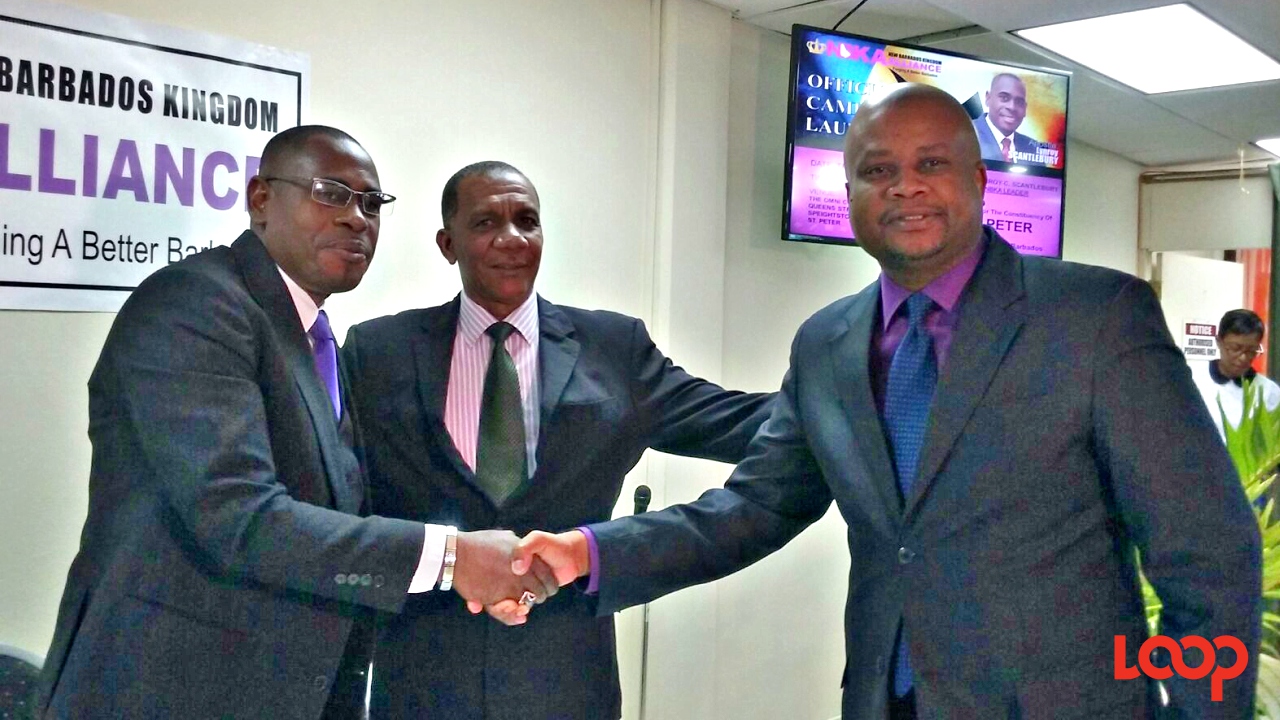 (L-R) Apostle Lynroy Scantlebury of the New Barbados Kingdom Alliance, David Gill of the Citizens' Action Programme and Neil Holder of the Barbados Integrity Movement at this morning's campaign launch.

The country's debt can be erased in two years after the next general elections if the New Barbados Kingdom Alliance (NBKA) is given a chance to serve.

This assurance from the party's leader, Apostle Lynroy Scantlebury, as he addressed the official campaign launch this morning.

Although it will be another four months before all the NBKA candidates are announced, Scantlebury is promising to rid the country of debt and stabilise the economic climate.

He said in the past 25 years of governance in Barbados, neither of the two leading parties has offered the people a vision.

But he admonished that while many are calling for solutions to the current problems, solutions without a vision are meaningless.

"In the past 25 years both of our ruling parties have divided our nation into 'Bees' and 'Dees'. They've driven our country into economic despair, into billions of dollars of debt, and continue to destroy the hope and dreams of Barbados and Barbadians achieving the greatness we deserve," Scantlebury charged. 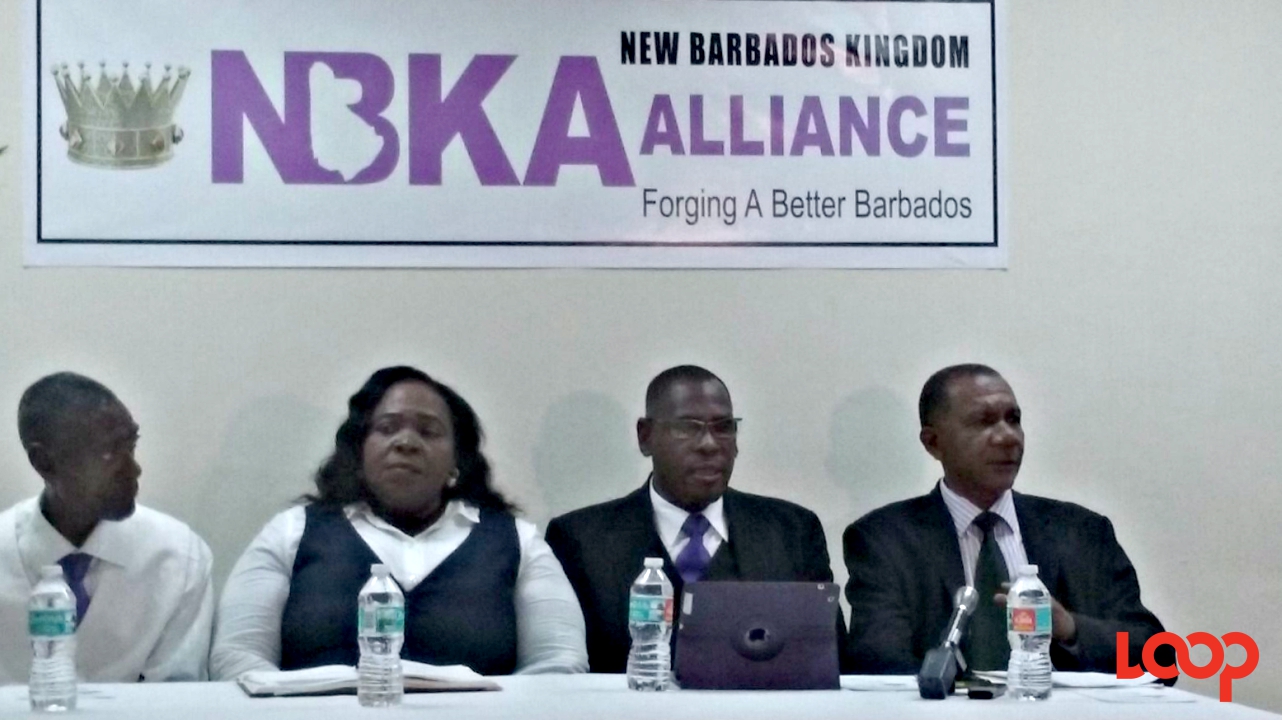 The NBKA leader told the small audience the party wants to offer Barbados and Barbadians a vision of a country that has taken its rightful place regionally and internationally.

"Where all Government sectors are efficient, competent and providing professional service to its people. Where the private sector works in harmony with Government to maintain the highest standards, fairness and to keep unemployment levels at its minimum," he stated.

Scantlebury said it is time the national debt is erased, adding, "The NBKA has a vision with a strategic plan to settle our national debt in two years, enhancing and reformatting small businesses and encouraging entrepreneurship."

The party, which he hinted might amalgamate with other small parties, is committed to dawning the sun of a brighter tomorrow and a glorious day for Barbados and Barbadians.

Also present at the launch were former BLP candidate, David Gill, who earlier this year announced himself to be aligned with the newly formed coalition, Citizens Action Programme, and Neil Holder of the Barbados Integrity Movement.

Criminals will rebuild Barbados under a new political party