Kingservant wants to introduce Bajans to his wise form of Reggae 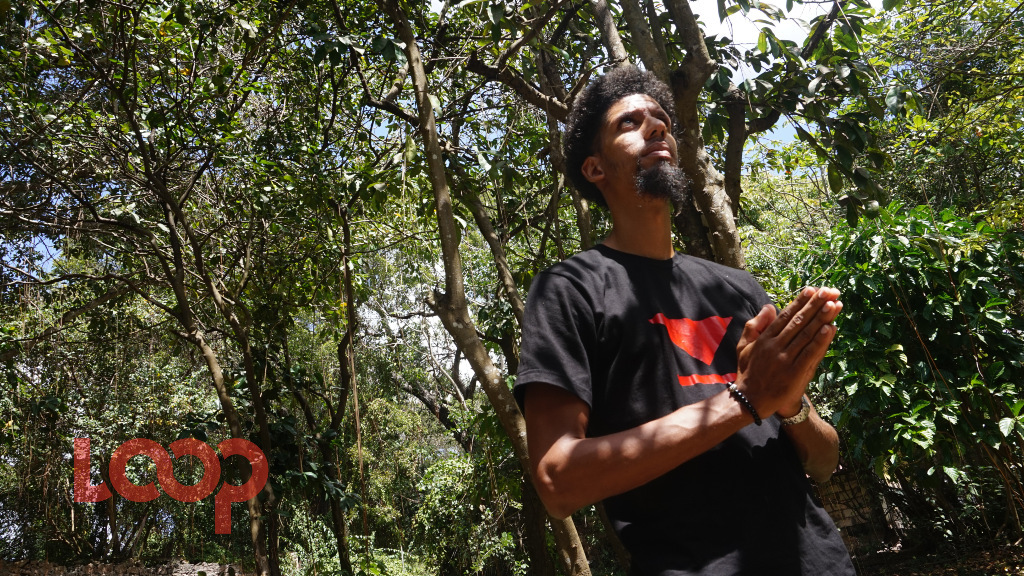 Duncan Evanson stands a statuesque figure with an aura of humility that exudes from his very presence.

The 36-year-old Reggae Artist known as Kingservant is pushing forward with his art and spreading his truth.

KingServant makes a beautiful form of Reggae that taps into his own spiritual life and very much is abundantly rich with the sounds of a man who is in touch and grounded. In many ways, it is easy to hear the sounds of contemporary and modern acts such as Protoje, Damian Marley and Chronixx in his sound, however, Kingservant is not paying homage or tapping into any other sounds but is very much crafting his own.

"The thing is, the influences are going to be mostly Jamaican. I am influenced by other people but I don't try to sound like anything. I hardly listen to the radio and I listen to music that I have listened to for a long time. So when I hear someone say I sound like Protoje, I have to go to YouTube Protoje and be like, 'Hey I kinda do'. Interesting. Completely happenstance."

When asked about the religious context of his name he does not shy away and is proud to offer a brief explanation.  "I am a King because I am made in the image of a King. But I am also a servant of the King of Kings," he replied.

Married for 12 years and a father of two, Kingservant has been able to return to his love for reggae music after a 15-year on and off affair but is now focused on recording more of his music and reaching Barbadians with his message.

With a strong appreciation for the genre, he understands that being a Bajan Reggae artist is challenging but along his musical journey has developed a love for the roots of the art form, and wants to see those aspects flourish while avoiding some of the modern sounds that lean more towards Hip Hop than Reggae.

"I think a lot of in some ways I don't like where Reggae went where there was a period when all that was happening was Reggae men getting on hip hop beats and half chanting and half-singing over them. But what happened to the actual music? I feel like Jamaicans can get away with that 'cause if you're Jamaican and you sing with a Jamaican accent it's going to sound like Reggae no matter what you do. That won't work for me because I don't have a Jamaican accent so I'm going to sound more like a Hip Hop artist."

Kingservant is very self-aware about how much work goes into making it in the genre out of Barbados, but he isn't attempting to strike out to be famous and laments the modern-day push of social media. He knows it is a necessary tool for the promotion of his work, but it is not something he enjoys engaging in.

"I don't mind people knowing who I am. I just easy. I ain't trying to be famous. Like Social media, for example, that is work for me. On my personal Facebook or Instagram, I don't really post. I know the kinda world we live in. I have to let people know who I am and it is the easiest way to promote. So I post, and I know it is work that I have to do to push it forward. Selfies? Nah."

And even with Soca being the dominant art form in the country he plans at no time to crossover into it.

"I am not going to do Soca. I am not going to do Crop Over. Simply because that is not me naturally. I am not gonna be entering party monarch or soca monarch because speaking to other artists they try to appeal to those markets because it is the easiest way to get seen and get heard. But when I come out as a Soca artist you then see me as Kingservant Soca Artist and not knowing I am a Reggae Artist.

"As good as the music they make is, and it is very good - Marvay is a Reggae Artist, Nikita is a ballad singer, but now in everybody's eyes, they are Soca artistes. And I understand it too from a financial perspective because you gotta make money. I completely get it, but for me personally, that ain't me."

He also doesn't consider himself a Gospel Artist, regardless of the religious themes that go into his sound, but he does see himself influenced by his religion and uses it at moments in his music.

With soothing messages of positivity in his songs like Daddy, Soul Cry and Jah's Grace it is easy to feel the deeper religious connections while not being bombarded by a message that may alienate some. And he says overall that he very much doesn't want people to feel like he is bashing anyone but instead wants to use love as a means to guide people through his work.

Therefore, ultimately, there are two things he is hoping to pass on through his work - light and hope, through the wisdom of what he labels #KingTings.

VIDEO: Nikita blows away fans with 'The Star-Spangled Banner'