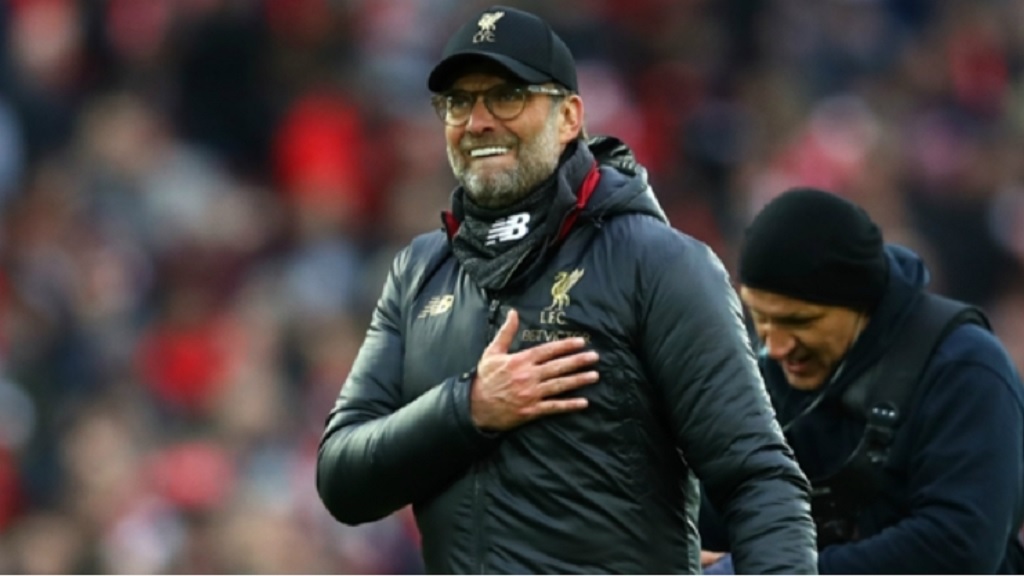 Liverpool manager Jurgen Klopp insisted his team was still enjoying the pressure of chasing a double late in the season.

While Manchester City hold a game in hand, Liverpool are two points clear atop the Premier League and have just four matches left to play.

Despite being close to capturing the club's first league title since 1990 – while also preparing for a Champions League semi-final against Barcelona – Klopp said the pressure was being embraced.

"We still don't feel the pressure. We see and feel it as an opportunity. We are used to the challenge, playing a season like we played – it's usually pretty positive," he told UK newspapers.

"They are massive games, such an interesting period and so positive. We are really enjoying it. It's good that you are involved in two competitions. It's a sign of success.

"Now, it's about how you mix your potential with attitude. We obviously have good players and mix it with a world-class attitude. We did that from the first day of the season and so far it worked out – we are difficult to play against."

Speaking at his first news conference as Liverpool boss in October 2015, Klopp was confident he would deliver at least one title within four years.

Despite three cup finals, he is yet to do so, but the German – who signed a new six-year deal in mid-2016 – said he was happy with where Liverpool were at.

"A lot of people reminded me that when I first came here I signed a three-year contract and I said in four years if we're sat here we probably would have won something. It didn't happen yet," Klopp said.

"Look, both sides – the club and myself – have a wonderful commitment that we really try everything to make the club as successful as possible.

"How long it will take, I have no clue. The position we are now in I am really happy with."

Liverpool are prepared for setbacks in title run-in - Klopp