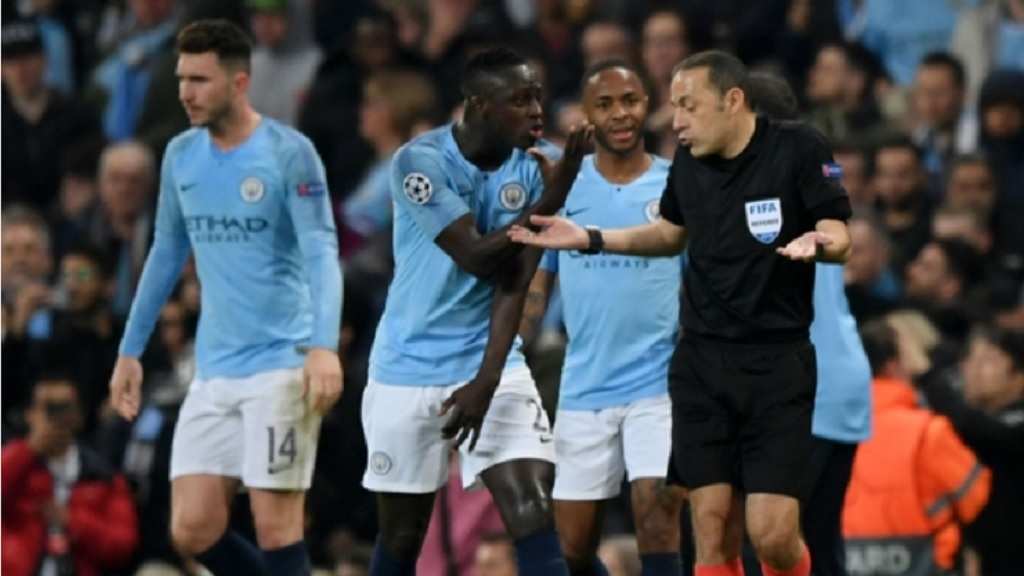 Liverpool manager Jurgen Klopp could not help but sympathise with Manchester City after a VAR review disallowed the goal that would have sent them through to the Champions League semi-finals on Wednesday.

City beat Tottenham 4-3 on the day at the Etihad Stadium, though Spurs progressed to the last four on away goals after a 4-4 aggregate draw.

But that only tells part of the story, as City looked to be heading through when they went 4-2 up, only for Fernando Llorente to score 17 minutes from time – the goal allowed to stand despite a VAR review that appeared to show the ball hit the striker's hand on the way in.

Raheem Sterling then converted from close range deep into stoppage time to spark chaotic scenes of jubilation among the home support and Pep Guardiola's coaching staff, but VAR cruelly ended their celebrations, spotting Sergio Aguero had strayed marginally offside in the build-up and confirming Spurs' progress.

Unlike City, Klopp's Liverpool are into the semi-finals of the competition, and he felt sorry for the Premier League champions.

When asked on Friday whether elimination will help City domestically, Klopp told reporters: "[I've] no idea, but it was unbelievable. Seeing that, and then, wow!

"I really felt for them. Of course, everybody thought the ball was in and celebrated the goal. I know people would have said without VAR it was a clear goal and that's true, but we would still have had discussions afterwards.

"It was tough to take, I am 100 percent sure, but on the other hand, big compliment to Tottenham, with all the problems they had, they went through.

"I said at the beginning of the season that Tottenham had the toughest summer of all of us, and not because of not signing anyone, but because these players had only two weeks of holiday.

"And they play this season? Unbelievable. And being in a game like this, and being ready like they were, scoring three goals at City is a massive thing. Of course, they deserve it as well, but the influence on the league? I have no idea. We will see."

Liverpool had little difficulty getting past Porto in the Champions League, progressing 6-1 on aggregate.

A trip to Cardiff City follows on Sunday and Klopp is eager for the squad's attitude to remain professional if they are to make the most of their potential.

"It's a super group," he said. "The boys are really close, but the mood and the atmosphere in the dressing room of [Manchester] City and Tottenham, [Manchester] United, Arsenal, Cardiff is really good as well.

"It's about how you mix up your potential with attitude. We obviously have a really good football team with good players, and mix it up with a world-class attitude and it makes you a difficult team to play. We did that from the first day of the season and so far it worked out.

"We are all aware of the difficulties of Sunday. Cardiff is a team that is used to defending with all they have. Outstanding set-pieces, a lot of physical power, which can make life uncomfortable.

"I understand you all want to talk about the positive season, but we don't think about that. We don't talk about Porto or Barcelona, we are really in the situation. We can talk after the season."