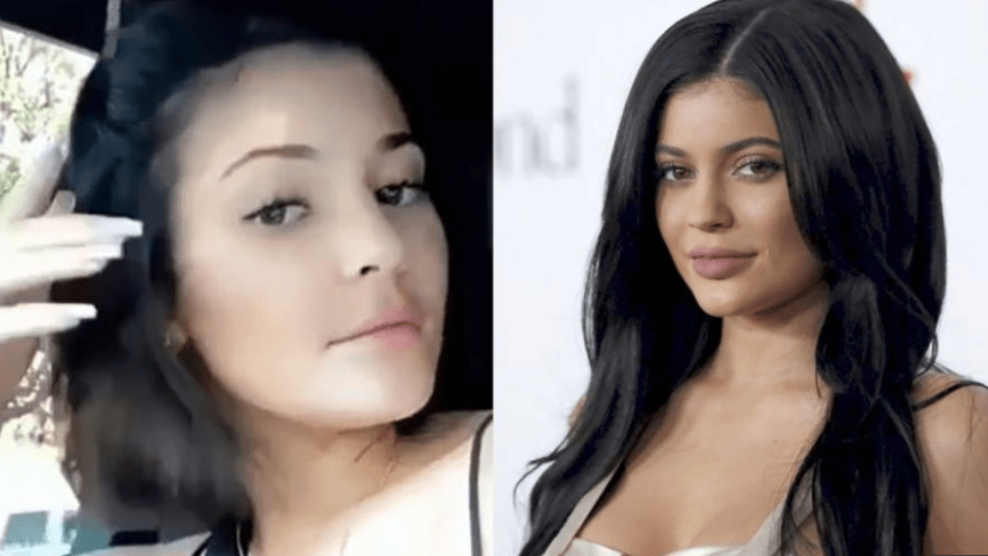 Kylie Jenner has a new look: her original lips.

The reality TV star and socialite surprised her fans when she posted photos and video to her Instagram on Sunday looking slightly different. When fans commented saying that she looked like 'the old Kylie,' she revealed that she had all of her lip filler removed.

The youngest Jenner made headlines a few years ago when she first stepped out with noticeably plumper lips; she coyly danced around directly answering whether or not she got lip fillers, saying she was just overlining her lips with lip liners.

She later went on to launch her own lip line, Kylie Cosmetics, which is reportedly estimated at $420 million. The line now includes concealer, eyeshadow, and blush products.

During a May 2015 episode of Keeping Up With the Kardashians, Jenner finally confessed to using fillers to enlarge her lips. "I have temporary lip fillers, it's just an insecurity of mine and it's what I wanted to do," she said at the time. "I want to admit to the lips, but people are so quick to judge me on everything, so I might have tiptoed around the truth. But I didn't lie."

She first got lip fillers at age 16, after she said, a boy remarked he was surprised she was such a good kisser with her 'small' lips.

"I took that really hard," she revealed to her therapist on her own spin-off show. "Just when a guy you like says that... I don't know, it just really affected me. I didn't feel desirable or pretty."

Since then she has been very open about her insecurity. During a recent video Q&A for fans, she admitted being pleased that her daughter, Stormi Webster, did not inherit her natural lip shape.

"Stormi reminds me, she's my twin. Now she's like, looking a lot more like her dad," the young mother shared. "The one thing I was insecure about, she has—she has the most perfect lips in the whole entire world. She didn't get those from me."