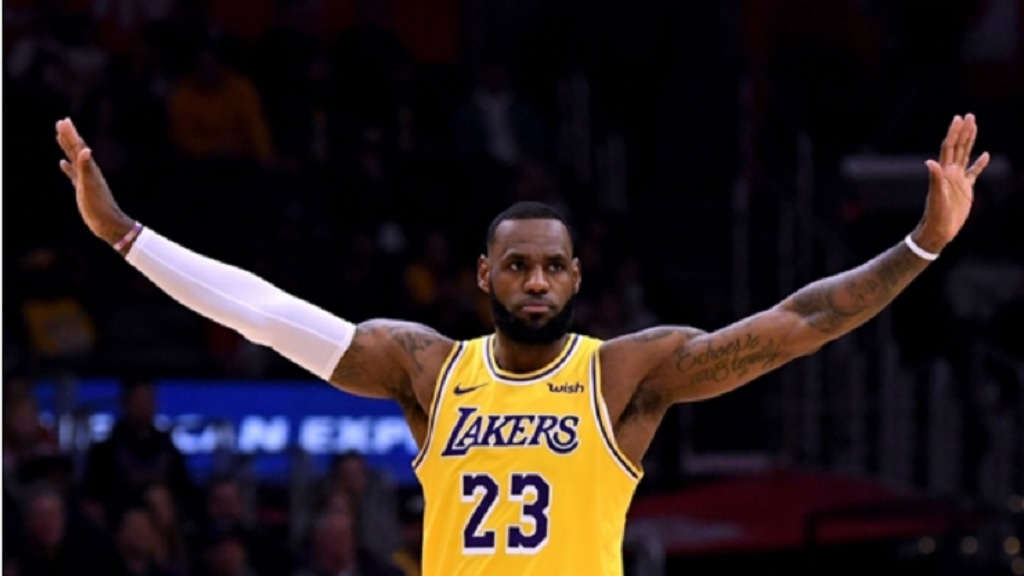 A group of Los Angeles Lakers fans protested outside of Staples Center amid the NBA team's struggles.

A small but extremely vocal group of fans gathered outside the arena on Friday, voicing their displeasure with the Lakers' executives.

Rather than holding torches and pitchforks, the fans hoisted signs that made their demands clear, calling for the ouster of team owner Jeanie Buss and general manager Rob Pelinka.

The Lakers suffered through an underachieving season after the acquisition of free agent LeBron James had some fans talking championship.

Beyond the poor 37-45 record, the Lakers suffered from issues in the front office and in player chemistry. The team infamously and unsuccessfully offered a handful of its young stars in a bid to trade for disgruntled New Orleans Pelicans star Anthony Davis. There were reports that James and his younger teammates were not on the same page.

The mess has continued this offseason, as head coach Luke Walton was fired, and Magic Johnson unexpectedly resigned as team president. Tyronn Lue also reportedly turned down the team's offer as coach when the Lakers offered him a three-year rather than a five-year deal.

"My uncle had Magic. My older brother had Kobe [Bryant], one fan told ESPN. "I've got LeBron. He's brought me nothing. A change needs to happen right now. Get Buss out of here. They're too incompetent for this city, and we don't want it anymore."

Another supporter, Charlie Rivers, said: "I think I already got it -- media coverage, have the talking heads speak about it, analysts talk about the inept decision-making by the front office, basketball operations needing a change up there.

"I don't mean it to be a personal attack on [owner] Jeanie Buss or anything like that. I just don't agree with their decision-making on a front-office level. Nepotism shouldn't be involved when it comes to decision-making."