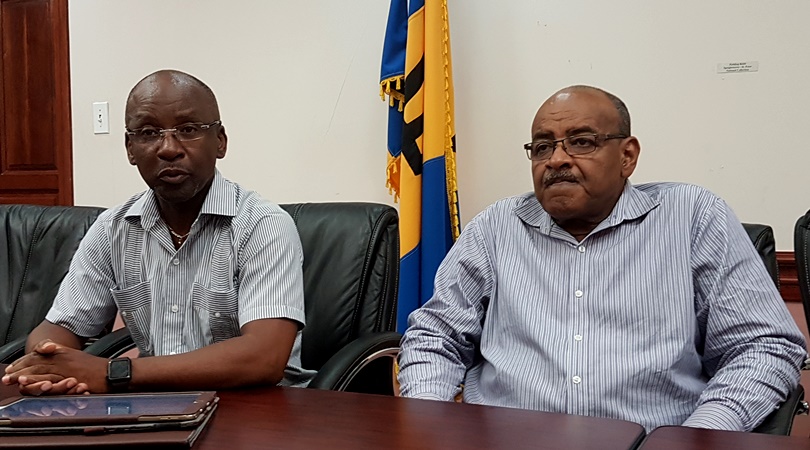 Culture Minister, Stephen Lashley, has condemned the shooting incident which left one man dead and 20 others injured during the climax of Grand Kadooment on Monday.

Speaking from the offices of the Ministry of Culture at Sky Mall this afternoon, Lashley offered his condolences to Rock's family and friends, as well as wishes for a speedy recovery to the injured persons.

He said the perpetrators should feel the full weight of the law as the incident put many lives at risk and detracts severely from the marketing of the festival, considering the number of international celebrities and media that were on island for Grand Kadooment.

“What happened yesterday is certainly not the image that we as a people wish to project to the rest of the world. Crop Over has become an international festival attracting thousands of visitors from various places.

We enjoy it and we all have a vested interest in ensuring that it is kept safe. It is a vital part of our national tourism product and therefore protecting it should be the number one priority of all of us in Barbados. Every Barbadian should do their utmost to present the best self to the rest of the world."

Lashley noted that despite Monday’s shooting he is of the view that Barbados remains safe for visitors and locals in and outside of the festival. He said it is unfortunate that the few who are ‘bent on breaking the law’ have the capacity to damage the country’s reputation and these ones should be ‘rooted out’ and made to face the harshest penalties for their actions.

He added the perpetrators of shooting should feel ashamed that they have put the country in a position to now have to defend their reputation to the rest of the world.