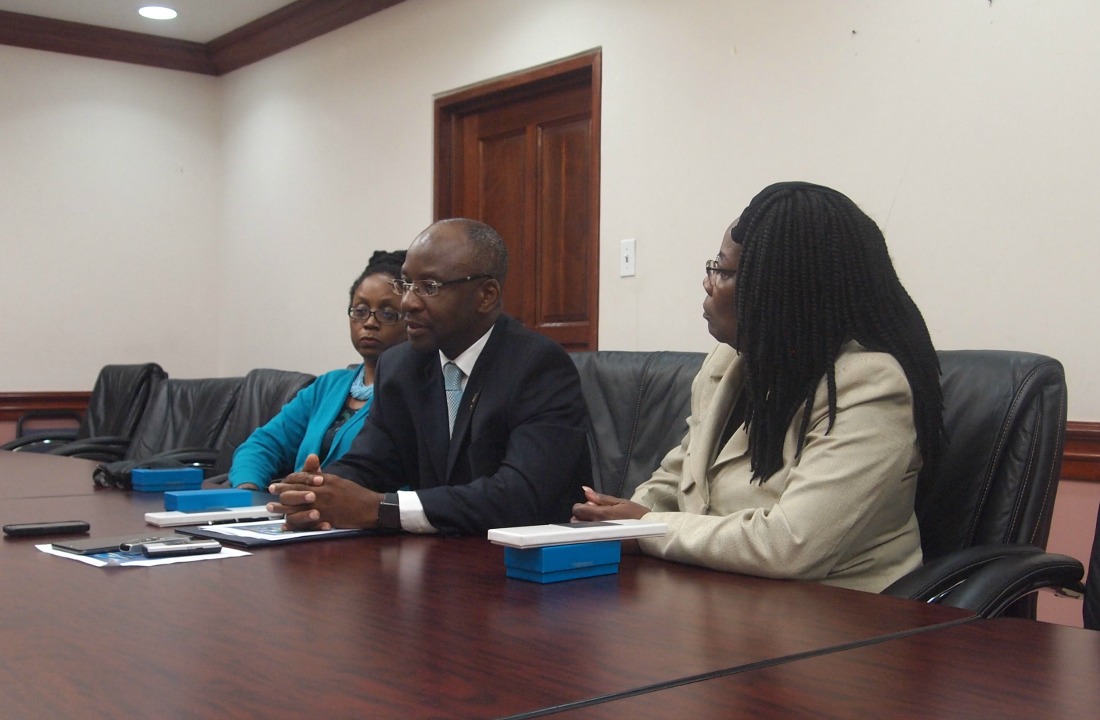 Those were the words used by the Minister of Culture, Stephen Lashley to describe the comments made by the Opposition Leader, Mia Mottley, in regard to the issues which affected the staging of CARIFESTA XIII.

Lashley gave a severe tongue-lashing to Mottley today on the sidelines of a presentation of gifts from the Guadeloupe delegation to the Carifesta Secretariat. The curtains came down on the regional 10-day festival at Kensington Oval on Sunday night and at the same time, just a short distance away at a St. Michael South Central branch meeting of the Barbados Labour Party (BLP), Mottley was giving her views on the festival.

According to her, Government had "bungled" the festival because they were mired in "feudal and inter-ministerial wrangling". Though lauding the artistes for their excellent presentations, Mottley lamented, “I feel shame for my country, my people and the message we have sent.”

Lashley told the media Mottley’s comments are where the embarrassment to Barbados lies and not so much the logistical hiccups the Secretariat experienced over the last week. In fact, Lashley said, Mottley should feel ashamed about the comments she made and she should offer an apology to those who worked hard over the last two years to see the festival become a reality.

“A lot of energy - intellectual and not only physical - went into the execution of Carifesta XIII. So I think any attack on the quality of Carifesta is, in fact, an attack on all the young volunteers, all of the technical people, certainly the police services. So… from what I am hearing from the Opposition about Carifesta, the Opposition feeling ashamed about being a Barbadian, I would never feel ashamed about being a Barbadian.”

He went on to say if Mottley had an “iota about how Carifesta is managed”, he believes she would not have made such comments - which he believes are motivated by partisan politics. He said the festival is one which celebrates the region and should not be used as a political step ladder to try to shame the government, adding it takes a collective regional effort.

“We have to be very careful, even as we are seeking political office, not to appear to our region as though we don’t know what we are talking about and Ms. Mottley in my view is totally off base. In the circumstances I believe that Carifesta needs to be defended and it’s not Barbados or the Government of Barbados - this is Carifesta."

Lashley said the feedback from delegates and Head of Delegations is proof that the festival, though initially rocky, was a huge success and he added there have been numerous delegations who have made presentations to the Secretariat to show their appreciation.

CARIFESTA XIII will be a success, Culture Minister reassures