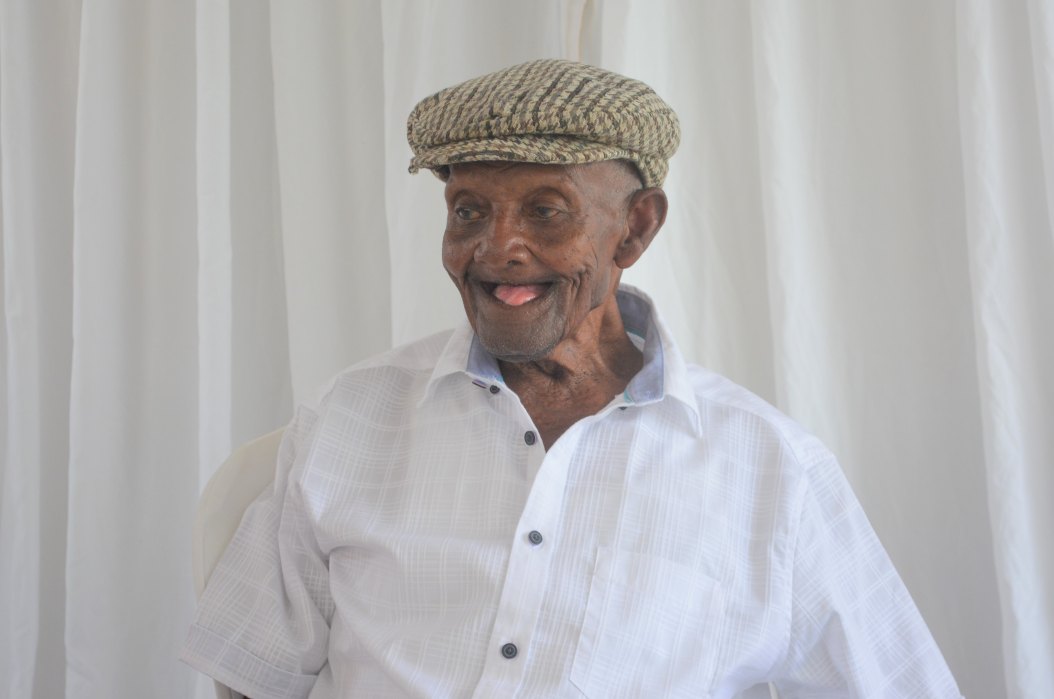 ‘Uncle Felix’, as he was affectionately known, died at age 101 and would have celebrated his next birthday on May 18.

Family and members of The Landship gathered at the St Leonard’s Anglican Church for the funeral service to honour the cultural stalwart.

Husbands, who was born in Panama and migrated to Barbados as a child, was the youngest of four children, all of whom lived long lives. His brother, LeAlec Cumberbatch died at age 101, Cleveland ‘Sonny” Husbands, at age 99 and his sister, Unicia Husbands, at age 94.

He and wife, Gwendolyn, did not have any children but he was a well-known caregiver of his nieces and nephews and he also took care of the children of his friends.

During his time with The Landship, Husbands was in the Carrington Village Dock, referred to Cornwall, as well as the Goodlands Dock, called Queen Mary. His position was Military Police (MP) and he still had in his possession the badge and other items from his time in The Landship. Husbands was featured in the 150th anniversary exhibition at the Barbados Museum.

In his early years, Husbands worked as a “roadmender” for government and retired in 1978.

Husbands was fond listener of the radio, his favourite station was Voice of Barbados and favourite announcer, Larry Mayers. He was also a lover of sweets, flying fish and bakes and enjoyed a tot of rum every day up until a few years ago.

Husbands was described as a person determined to live his life the way he wanted and he did not wish to be reminded of his age. He refused to walk with any aid and dressed himself correctly in shirt, pants, belt and shoes every morning. He was also very particular about how tidy his house should be, with nothing left out of place.

His main caretaker and niece, Jaslyn Hall delivered the eulogy at the funeral service and shared fond memories of her uncle.

Up to his death, Husbands was the oldest surviving member of The Barbados Landship movement.

Bajan centenarian celebrates milestone in the US