The Latest: Iran claims US backed Saudi killing of Khashoggi 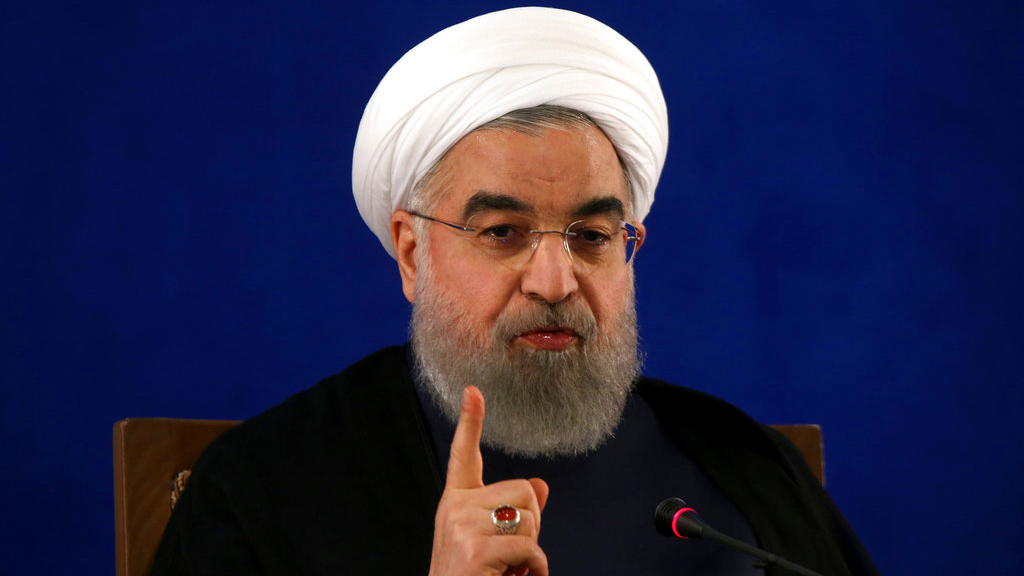 The Latest on the killing of Saudi writer Jamal Khashoggi (all times local):

Iranian President Hassan Rouhani is claiming that Saudi Arabia would not have dared have journalist Jamal Khashoggi killed inside the kingdom's consulate in Istanbul without having some sort of backing from the United States.

The remarks follow Turkey's assertion that the writer was killed by a 15-man Saudi hit squad that included a member of Prince Mohammed's entourage on overseas trips.

Wednesday's report by the state-run IRNA news agency quotes Rouhani as saying: "I don't think that without getting support from the United States, a country would dare to commit such a crime."

Rouhani offered no evidence for his allegations.

Rouhani also called the Saudi system of government a "tribal rule" under which individuals enjoy protection and support from those in power. That protection is such that no court would initiate any actions against those individuals.

Australia says a ban on arms sales to Saudi Arabia is one of the options it is considering after a journalist was killed at the Saudi Consulate in Istanbul.

Australian officials say they are no longer prioritizing a defense industry agreement with Saudi Arabia.

Foreign Affairs Minister Marise Payne was asked in Parliament on Wednesday whether Australia would follow the lead of other countries and suspend arms sales to Saudi Arabia.

Payne responded that "all options are on the table."

She added: "We absolutely recognize this is an extremely serious situation of the highest order of magnitude."

Australia also responded to the killing of Saudi journalist Jamal Khashoggi at the consulate in Istanbul by boycotting an investment conference created by Saudi Crown Prince Mohammed bin Salman that is now underway in Riyadh.

Spain's prime minister says his government will fulfill past arms sales contracts with Saudi Arabia despite his "dismay" over the "terrible murder" of journalist Jamal Khashoggi.

Pedro Sanchez has told lawmakers on Wednesday that protecting jobs in southern Spain was also central to his decision last month to go ahead with a controversial bomb shipment to Saudi Arabia.

Spain has said that the $2.1 billion purchase by Saudi Arabia for five navy ships was put at risk when the government pondered canceling the shipment 400 precision bombs purchased by Riyadh in 2015.

Sanchez hasn't clarified what his plans are regarding future purchases by the long-time commercial ally.

The prime minister says his government will also make a proposal to make Spain a "pioneer" in verification and transparency on arms exports.

Turkey's president says his country is determined not to allow all those responsible for the killing of Saudi journalist Jamal Khashoggi escape justice.

Recep Tayyip Erdogan also pledged that Turkey would share any new evidence it acquires in the investigation into the killing in a "transparent manner." He spoke on Wednesday at a symposium in the Turkish capital, Ankara.

Erdogan says: "We are determined not to allow the murder to be covered up and for those responsible — from the person who gave the order to those who executed it — not to escape justice."

Saudi Arabia has said that Khashoggi, a critic of the Saudi royal family, was killed Oct. 2 in a "fistfight" with officials sent to encourage him to return to the kingdom.

Erdogan has said the 59-year-old Washington Post columnist was the victim of a pre-planned "savage murder."

The Saudi woman who defied authorities by driving a car before the kingdom's ban on female drivers was lifted in August, says her friend Jamal Khashoggi "was really assassinated for being outspoken."

Manal Al-Sharif says "this is a new level the Saudi government is reaching," adding that people inside the kingdom "are so afraid to speak up."

Al-Sharif spoke in Denmark where she's promoting her book "Daring to Drive: A Saudi Woman's Awakening,"

Turkey says Khashoggi was killed in a planned murder at the Saudi Consulate in Istanbul earlier this month.

Al-Sharif told Denmark's TV2 channel on Wednesday that Khashoggi supported her fight for the Saudi women's right to drive. After al-Sharif got behind the wheel, she was arrested and jailed. She now lives in "a self-imposed exile" in Australia.

Pakistan says Saudi Arabia will provide a $6 billion package of loans and deferred payments in an effort to resuscitate Islamabad's flagging economy, struggling under the weight of a whopping $18 billion deficit.

The deal was signed Tuesday by Pakistan's Finance Minister Asad Umar and his Saudi counterpart, Muhammad Abdullah Al-Jadaan, on the sidelines of an international investment forum underway in the kingdom.

Many international business leaders and officials had pulled out of attending the gathering in the wake of the slaying of Saudi journalist Jamal Khashoggi. Pakistan's new Prime Minister Imran Khan went to the conference despite rights activists' urging he boycott the venue over Khashoggi's killing.

Pakistan's foreign ministry said the Saudi aid gives Pakistan an immediate $3 billion to bolster its foreign exchange reserves. At the end of one year, it's to be returned to Saudi Arabia. Pakistan will also get $3 billion in oil imports on a buy-now-pay-later basis.

Separately from the Saudi influx, Pakistan is also seeking an IMF loan.

The Saudi crown prince is to make his first international speech since the killing of Washington Post columnist Jamal Khashoggi at the Saudi Consulate in Istanbul.

Mohammed bin Salman is to address the Future Investment Initiative summit in Riyadh on Wednesday afternoon.

The summit is the prince's brainchild, an effort to draw much-needed foreign direct investment into the kingdom to create jobs for its young population.

However, this year's summit has been overshadowed by the Oct. 2 killing of Khashoggi. Turkish officials say the writer was killed by a 15-man Saudi hit squad that included a member of Prince Mohammed's entourage on overseas trips.

Saudi Arabia has suggested, without offering evidence, that the team went rogue.

Many international business leaders have pulled out of attending the summit over Khashoggi's slaying.