The Latest: North and South Korea agree to hold summit 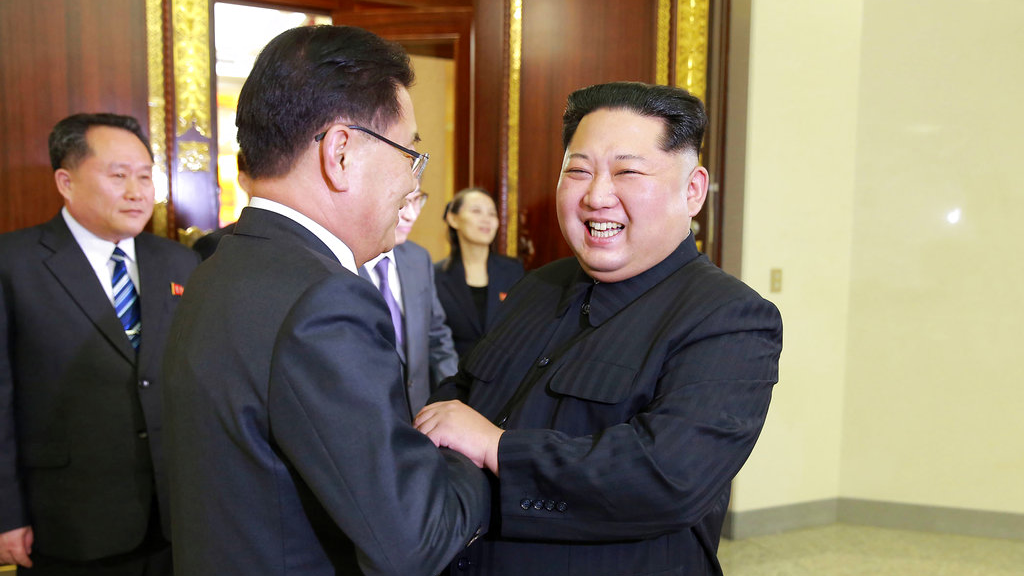 The Latest on talks between North and South Korea (all times local):

South Korea says it has agreed with North Korea to hold summit talks in late April.

South Korea's presidential office also said Tuesday that the countries have agreed to set up a telephone hotline between their leaders.

South Korea's presidential national security director, Chung Eui-yong, said North Korea has also made it clear that it wouldn't need to keep its nuclear weapons if military threats against the country are resolved and it receives a credible security guarantee.

The comments were made hours after a South Korean delegation led by Chung returned from a visit to the North, where they met with North Korean leader Kim Jong Un.

South Korean presidential envoys have returned home a day after they met North Korean leader Kim Jong Un in a rare visit to the North.

Moon's office is expected to hold a media briefing on the outcome of the visit later Tuesday.

North Korean state media said the North and South Korean officials discussed a possible summit between Kim and Moon during a meeting and dinner hosted by Kim on Monday in Pyongyang.

The rival Koreas have been taking steps to repair ties strained by North Korean nuclear weapons and missile tests after the North reached out to the South over the recently concluded Pyeongchang Olympics.