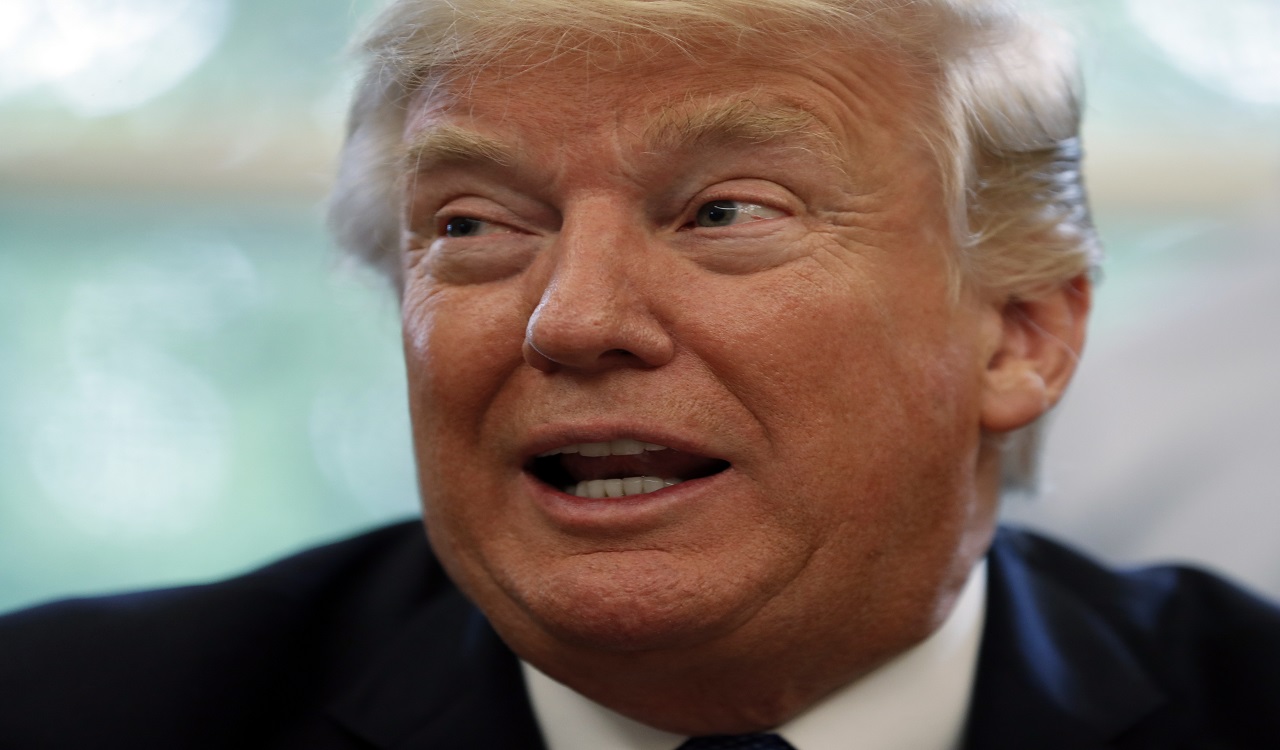 The Latest on President Donald Trump.

In a series of tweets posted early Wednesday, the president said that Republicans, instead, advocate "the biggest tax cut in history & the WALL."

Trump was referring to the Southern border wall that he's pushed since he first announced for president and has aggressively sought since his inauguration .

Trump also said in a separate Twitter post that "it would be really nice if the Fake News Media would report the virtually unprecedented Stock Market growth since the election. Need tax cuts."

He said if Congress delivers on the tax overhaul he's seeking, the Wall Street and economic indicators such as new hiring in America "will grow by leaps and bounds."

President Donald Trump will pitch his tax plan as a boon for truckers in Harrisburg, Pennsylvania Wednesday — the latest stop on a cross-country tour aimed at selling his tax reform proposal.

Trump will be speaking in front of an audience of roughly 1,000 people, including lots of truckers, against a backdrop of big rigs at a local airplane hangar, according to the White House. Trump is pitching a plan that would dramatically cut corporate tax rates from 35 percent to 20 percent, reduce the number of personal income tax brackets and boost the standard deduction.

At his latest stop, Trump will argue that his tax reform framework will benefit truckers by lowering their tax rates, boosting manufacturing, and making it easier for families to pass their trucking businesses onto their children, the White House says.

Trump hits back at late night shows critical of Republicans