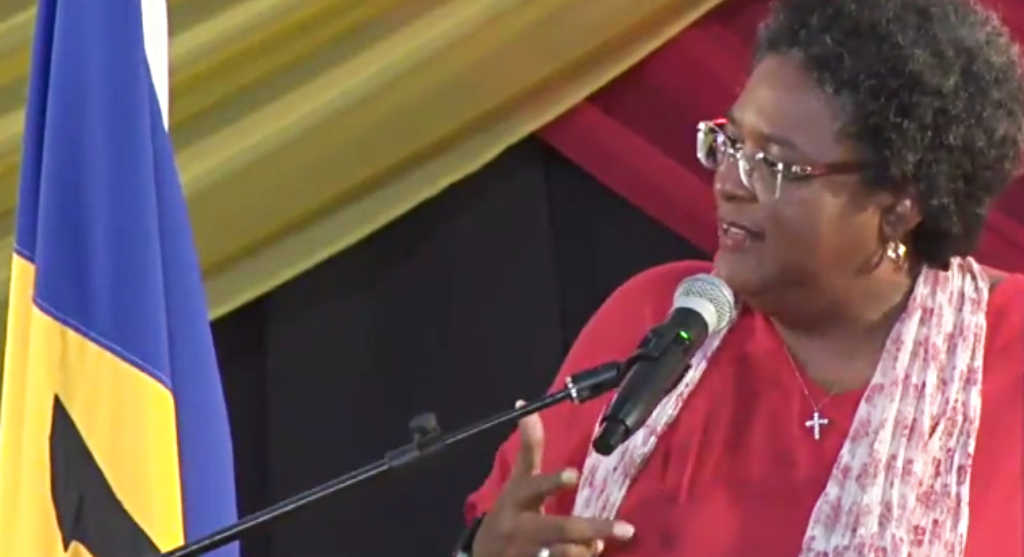 “We don’t need to be corrupt in this country to get through!”

With these words, the Prime Minister of Barbados again drove home the point that corruption will be stamped out in Barbados in high and low places.

However, to all the people accusing the Barbados Labour Party (BLP) of harping on about corruption but not laying charges and arresting persons, Prime Minister Mia Mottley has made it abundantly clear that due process will occur under this administration.

Addressing the audience at The Lodge School in St. John and those following via the Facebook Live stream for the BLP 80th Annual Conference, she said,

“But when you ask why we have not taken further action yet, tell them [Attorney General] Dale [Marshall], that you don’t pick up and draft legislation overnight so, cause your legislations Sir Henry, must be consistent with the fundamental rights and freedoms guaranteed in the Constitution of Barbados.”

She spoke of the Integrity legislation demonstrating that they had a plan and they put work into that proposed piece of legislation for months before laying it in Parliament.

“I give the people of this country, through you today, the assurance, that that legislation dealing with amnesties, dealing with plea dealing, plea bargaining and dealing with unaccounted-for wealth will be brought before the Parliament of Barbados.”

And she added that where some persons and entities need to be guided and mandated by law, her Cabinet members acted of their free will ahead of the Integrity Bill becoming law, to declare their hands, that is, their assets.

“They were declared and submitted to the Cabinet Secretary of Barbados to be held in escrow till such time as the Integrity Commission is established. That is what leadership is about!”

Today, Saturday, October 27, 2018, is the second day of the BLP's 80th Annual Conference and they chose to venture to the constituency of St. John. On May 24, 2018, the BLP with Charles Griffith made history is the East winning that seat for the first time ever and taking wins in all boxes except two.