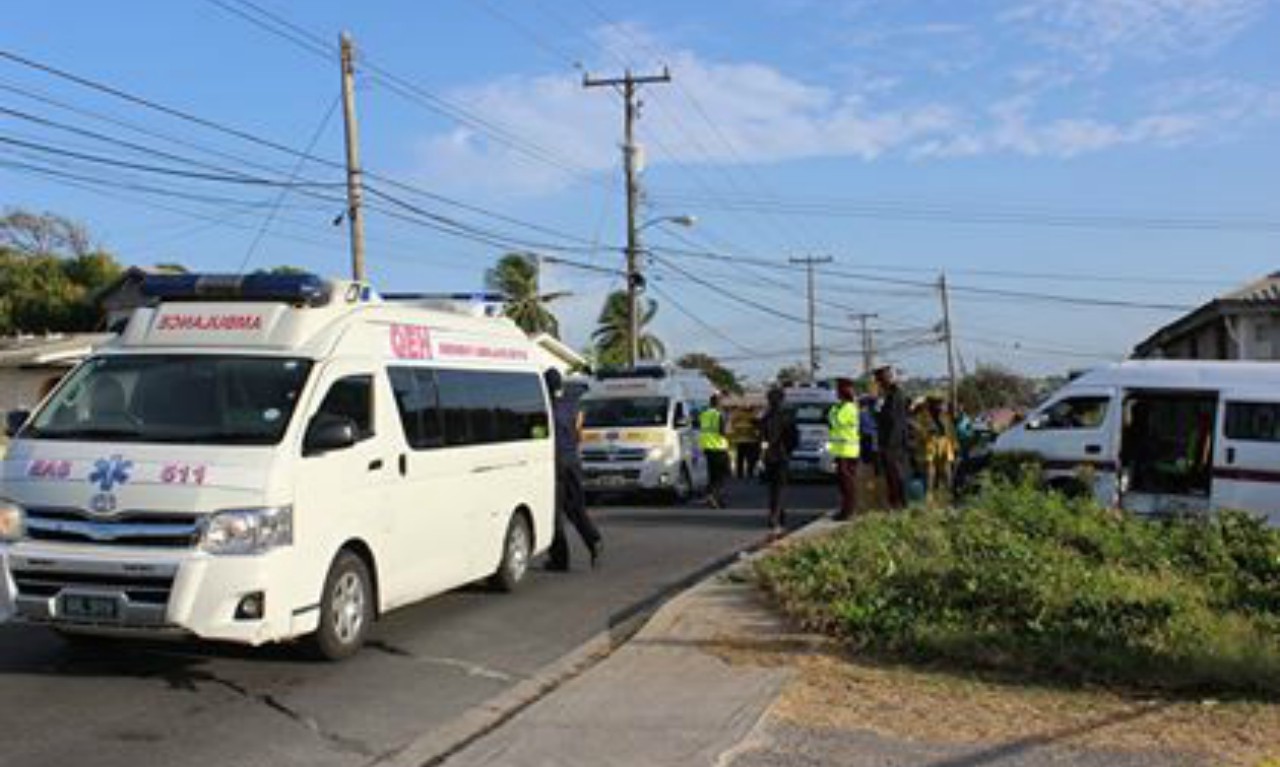 Police provided an update on the accident in the following press release:

The Royal Barbados Police Force is conducting investigations into an accident with injuries, which occurred sometime around 6:10 am, along St. Christopher Road, Christ Church, involving two route taxis, which resulted in four passengers and one of the drivers being injured.

Kelan Bailey complained about pain to his shoulder, whereas the four passengers three males and one female, ages 37, 24, 32, and 26, complained of pain to the shoulder, feet, hand, back, and neck respectively. The injured were all transported to the QEH by ambulance for medical attention.

Four ambulances responded to the scene of the accident, as well as one fire tender and seven fire officers, under the command of Leading Fire Officer Collymore.

Emergency personnel are on the scene of a serious accident at St. Christopher's, Christ Church, involving two route taxis.

While information is still incoming, police have confirmed that at least five persons were injured during the collision, which saw one of the vehicles overturn.

Loop Traffic Report - Too many accidents on our roads!