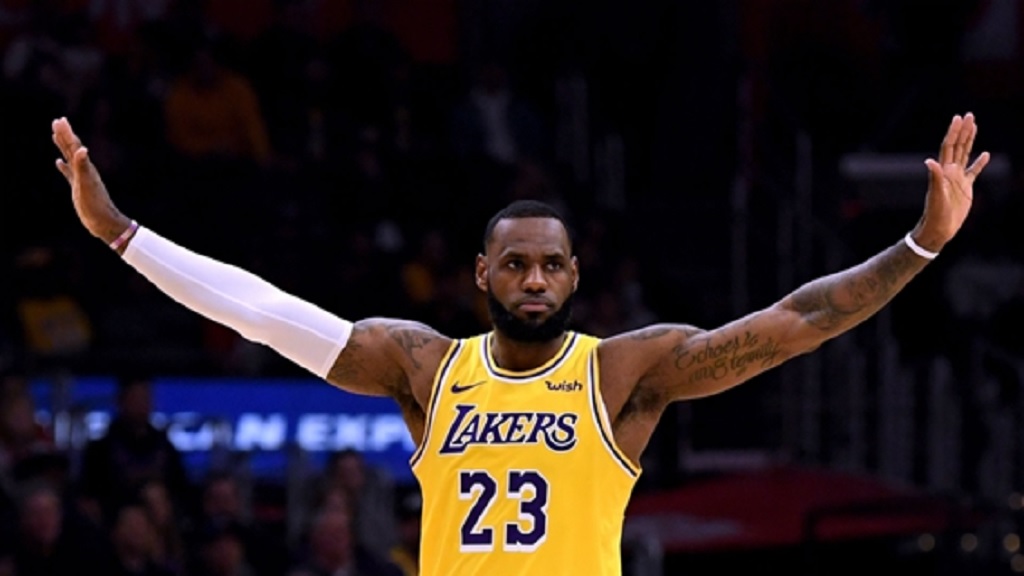 James has been sidelined with a groin injury for the past five weeks and has seen his side lose 11 of their 17 matches.

After upping his rehabilitation this week, the four-time NBA MVP finally made his comeback against the Clippers, James scoring 24 points in a 123-120 victory.

The 34-year-old also added 14 rebounds and nine assists in the win, and he believes they can put themselves back in the postseason conversation once he gets back to full fitness.

"Obviously we wish we would have played better throughout my absence but we've had a lot of injuries," he told reporters.

"We all just want to get back into the zone, we're very good when we're whole, that's the most important force.

"If we play like we did tonight and I continue to get back to a groove then we can put ourselves in a position for a post-season spot.

"That's what we're here for. That's what I'm here for. I'm not here to lose so we're going to try and see what we can do."

When asked about his current condition, James described himself as at 80 per cent but confirmed there were no further issues with his groin, apart from expected soreness.

He added: "I'm not feeling particularly great right now, definitely ecstatic about being back out there with my guys, getting a great win versus a team who were climbing in the playoff race, but after being out for five weeks I'm feeling it right now!

"I wish I could click my shoes together and be home right now in my bed! But it was great to be back out there.

"The groin feels pretty good, it's a little sore right now but I already knew that. I haven’t played an NBA game in over a month so I knew that was going to be a problem.

"I'll gain my rhythm as the season continues, and I'm looking forward to seeing how I feel tomorrow. That's going to be the tell-tale sign of the rehab and the work I've been putting in these last five weeks."

The five-week absence was the longest of James' illustrious career, and he admitted it had been tough to stay positive while on the sidelines.

"I just tried to stay as positive as possible," said the three-time NBA champion.

"I wasn't positive every day through this whole process. I probably had more negative moments than I did positive, but when you've got a great support it helps a lot.

"I've never been injured before like that, the most I've ever sat out was two weeks when I broke my wrist in high school as a junior.

"That's the frustrating part, you're seeing your team struggle and you know much you can help them but you can't do anything in a suit and tie, that's where the negativity starts to creep into the mind."