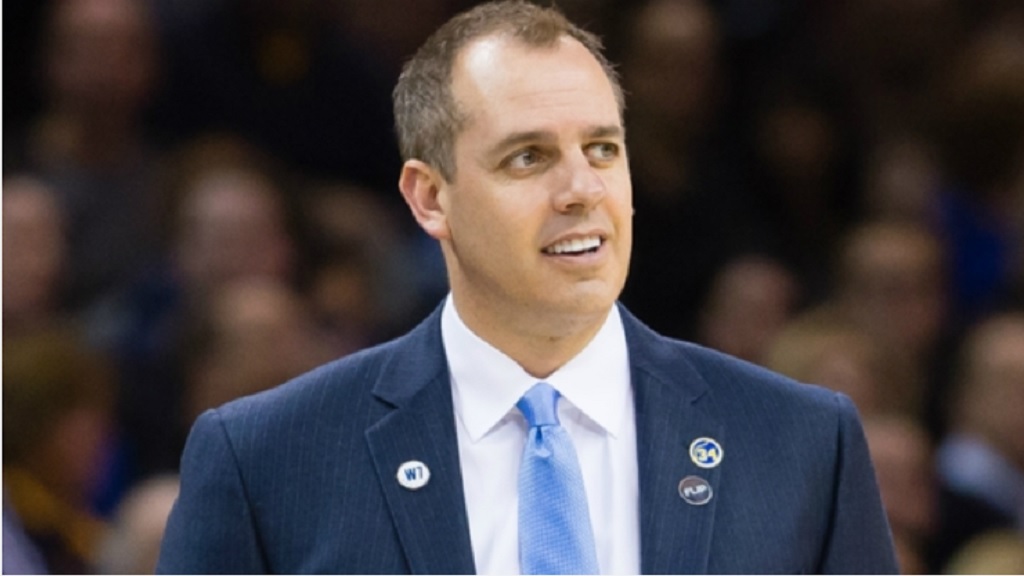 The Los Angeles Lakers announced Frank Vogel as their head coach on Monday.

Former Indiana Pacers and Orlando Magic coach Vogel signed a multi-year contract, though terms of the agreement were not disclosed.

The 45-year-old replaces Luke Walton, who left the Lakers in April after the NBA franchise missed the playoffs despite the arrival of LeBron James.

"I am very excited for this opportunity to join the Lakers, a prestigious organisation that I have long admired," Vogel said. "I look forward to coaching such phenomenal talent and bringing my strategic vision to the team."

Vogel led the Pacers to five playoff series in six years after being named Indiana's interim coach in 2011, including back-to-back Eastern Conference finals appearances in 2013 and 2014.

"We are excited to add Frank Vogel as the next head coach of the Lakers," Lakers general Rob Pelinka announced in a statement.

"Coach Vogel has a proven track record of success in the NBA Playoffs, and he reflects the core qualities we were looking for in a head coach – including, detailed game preparation, extreme hard work, and holding players accountable to the highest basketball standards."

According to an ESPN report on Saturday, former Milwaukee Bucks and Brooklyn Nets head coach Jason Kidd is expected to join him as a lead assistant.

The Lakers reportedly favoured former Cleveland Cavaliers coach and long-time friend of superstar forward James for the job, but negotiations fell apart over a contract dispute.