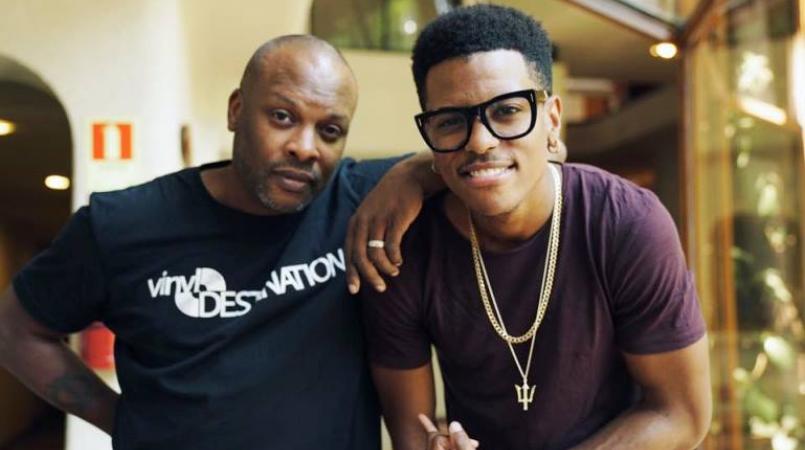 In addition to being crowned the Red Bull Thre3style 2016 World Champion after a crowd-moving set at the finals in Santiago de Chile, he has been congratulated by a legend in the DJ world for his all-round skill on the turntable.

DJ Jazzy Jeff, who is renowned for his collaboration with ‘The Fresh Prince of Bel Air’, Will Smith, is a former winner of the prestigious DMC World DJ Championships and has been a judge at both that event and the Red Bull Thre3style Championships.

He shared a photo of himself and DJ Puffy with his 400,000 Facebook followers, congratulating the 25-year-old Barbadian for his accomplishment.

“Let me start by saying...I'm a DJ Fan of the entire culture...all styles... genres and skill sets!!! I absolutely LOVE the DMC...I'm in there [sic] Hall of Fame which I am totally honored!!! I have judged the DMC also. I AM a Redbull Thre3Style judge. I know these are 2 different competitions...one is not better...just different for different kinds of DJs. DMC is for the incredibly skilled at cutting/scratching/beat juggling and all the mastery of that style. Thre3Style is for party rocking...how well do you move a crowd/skills/play selection/etc.

So with that spelled out...you really can win Thre3Style not being the MOST skilled at cutting...if your overall skill is more rounded...you win. There's nothing wrong...it's just different. It may not be your cup of tea...that's cool...but don't disrespect someone ‘cause what there [sic] doing is not YOUR thing!!!

I respect ALL DJs...turntablist, club, radio, mobile...I look at this like we're a brotherhood...and I don't diss my brothers...but that's my opinion. So with that's said...I wanna congratulate my fellow brother...DJ Puffy from Barbados as the 2016 Redbull Thre3Style World Champion!!!”

This is the seventh year for the World Finals and this time the organisers awarded 3 regional Wild Cards, completing the 24 world final panel of Dj participants. For the first time ever, a global invitation was extended to all Djs from non-hosting National Final countries to participate and then the best three based on the submitted videos, were selected.

Two of the regional Wild Cards made the Final - JFB (United Kingdom) and PUFFY (Barbados). The third Wild Card was CHES (Spain) and he competed against Puffy in the qualifying round.

On the night of his win, Puffy told the crowd, “It’s truly a blessing to share stages with the top 23 deejays in the world, it has been an amazing and phenomenal couple of days. To all the sponsors – Red Bull, Pioneer, Serato, Dj City, everybody, thank you.”