Leicester draw 2-2 with Chelsea in EPL as Kepa dropped 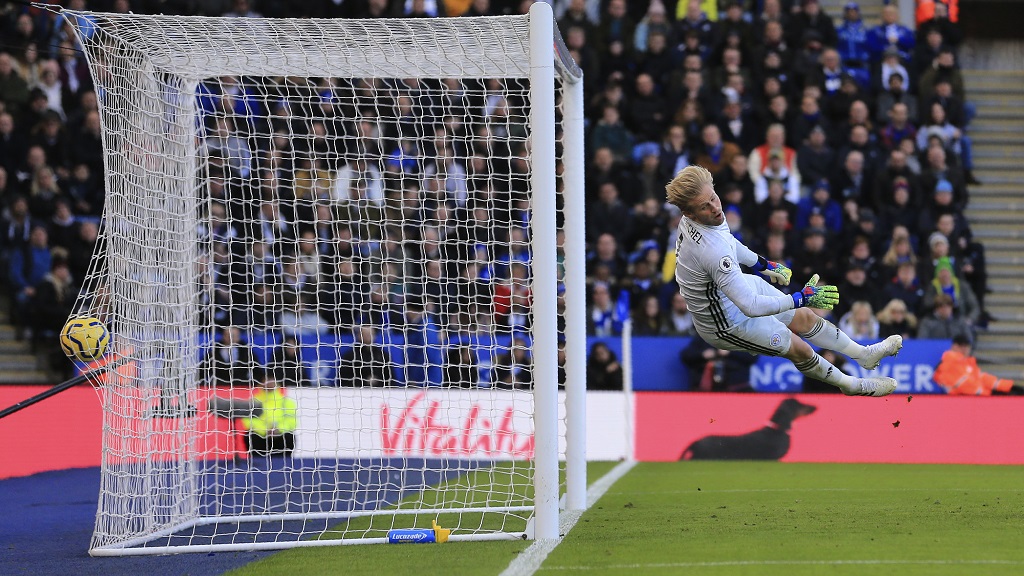 Leicester maintained their eight-point cushion over fourth-place Chelsea in the race for Champions League qualification after the teams drew 2-2 in the English Premier League (EPL), with all the goals coming in an action-packed second half on Saturday.

Center back Antonio Rudiger scored two headers from set pieces for Chelsea, first putting the visitors in the lead in the 46th and then equalising in the 71st.

In between, left winger Harvey Barnes scored with a deflected shot to make it 1-1 in the 54th and left back Ben Chilwell briefly gave Leicester the lead in the 64th.

Chelsea manager Frank Lampard made a bold decision in dropping Kepa Arrizabalaga, the world's most expensive goalkeeper, to the bench for the game after a series of unimpressive displays this season, with the Spaniard's shot-stopping abilities, in particular, having been called into question.

Replacing him was Willy Caballero, who at 38 years, and 126 days became the oldest player to make a Premier League appearance this season.

Cabellero made a superb save in the first half from Jamie Vardy to keep the score level, but might have been at fault for Chilwell's goal after racing out of his goal in an attempt to collect a deep cross. He had to retreat quickly back to his goal as Leicester reclaimed possession, and was flat-footed as Chilwell converted Youri Tielemans' low cross to the back post.

Barnes missed a clear-cut late chance for Leicester after being played in by Vardy.

Leicester stayed in third place and moved two points behind Manchester City, which are away to Tottenham on Sunday. Leicester are 15 points ahead of three teams - fifth place Manchester United as well as Tottenham and Wolverhampton - so are in a good position to secure a top-four spot and Champions League qualification.