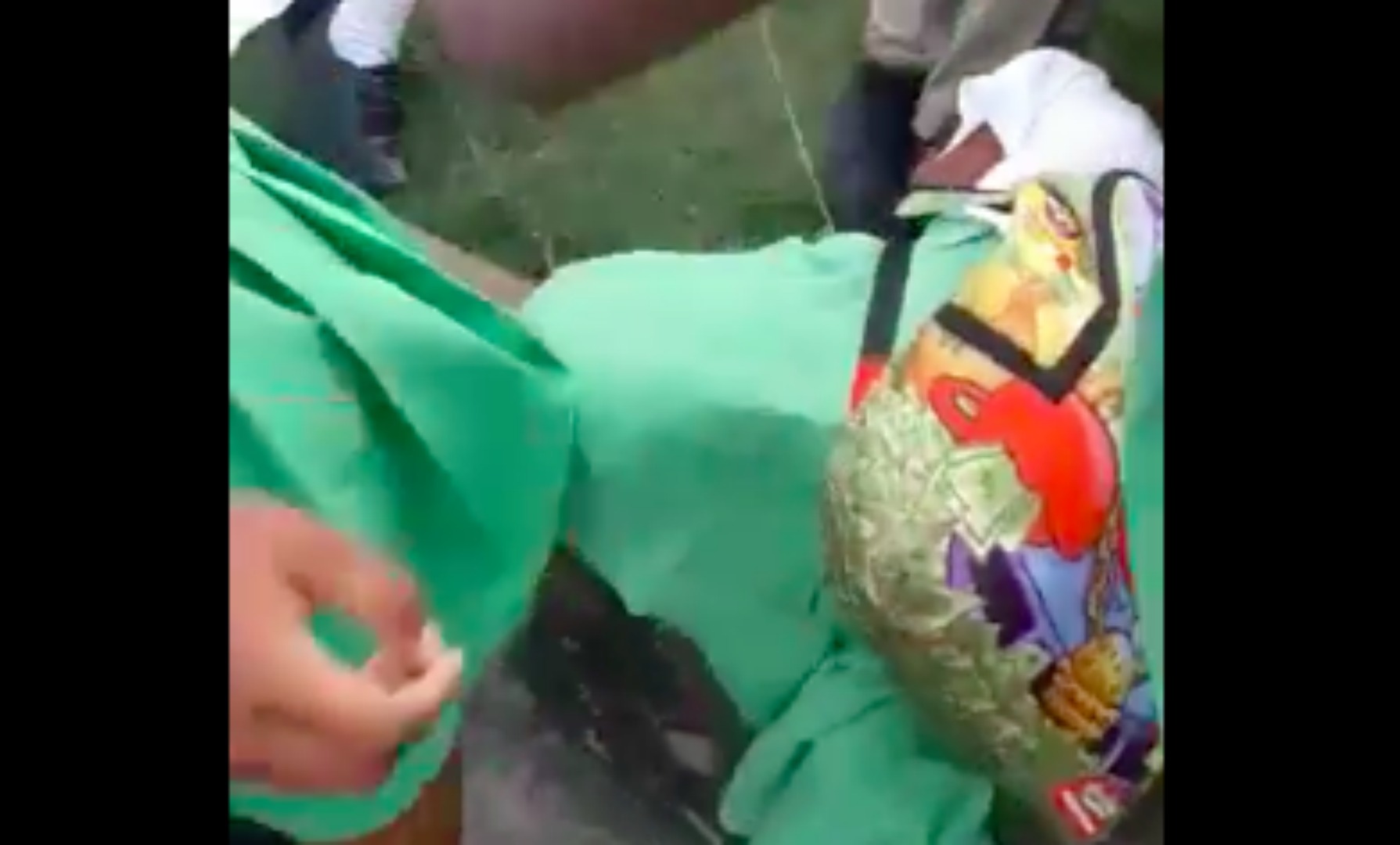 Screenshot from the viral video of the assault.

The incident involving the vicious beating of a Lester Vaughan student has gone from being one of many videos circulated on social media to a court case.

Three students, a 14-year-old boy, a 15-year-old girl and a 16-year-old girl, appeared in the District D Magistrate Court on Thursday charged with assault occasioning actual bodily harm in relation to the May 17th incident.

Chief Executive Officer of Supreme Counselling, Shawn Clarke, told Loop News the case serves as a wake-up call for other students who may find themselves in similar situations.

“I hope that the others can use it as an example as to what can happen when you go afoul of the law and let them know that just because they are not yet an adult that the law makes provisions for you to be dealt with. I hope that young people will use it as an example and cause them to think twice when they think of getting involved in negative delinquent behaviours.”

Clarke also suggested the Ministry of Education begin to roll out more extensive conflict resolution programs in schools across the island and not just focus on "Math and English".

“There needs to be a serious revamping of the education system that would include things like conflict resolution, anger management because young people need to learn how to resolve conflict without violence and how to handle their anger. These life skills are very important.”

Two of the students, the 16-year-old and the 14-year-old, pleaded guilty and were remanded to HMP Dodds and the Government Industrial School respectively, and Clarke said the incident will be incorporated into Supreme Counselling program as a teachable moment.

“More as a teachable moment and not as a scare tactic - to let young people know that there are consequences to their actions. If it is as severe as having to be incarcerated, then that is what it is.”

The two students are to reappear in court on Monday May 29 for sentencing while the third student, who pleaded not guilty, remains on bail.

Charge students and realign them