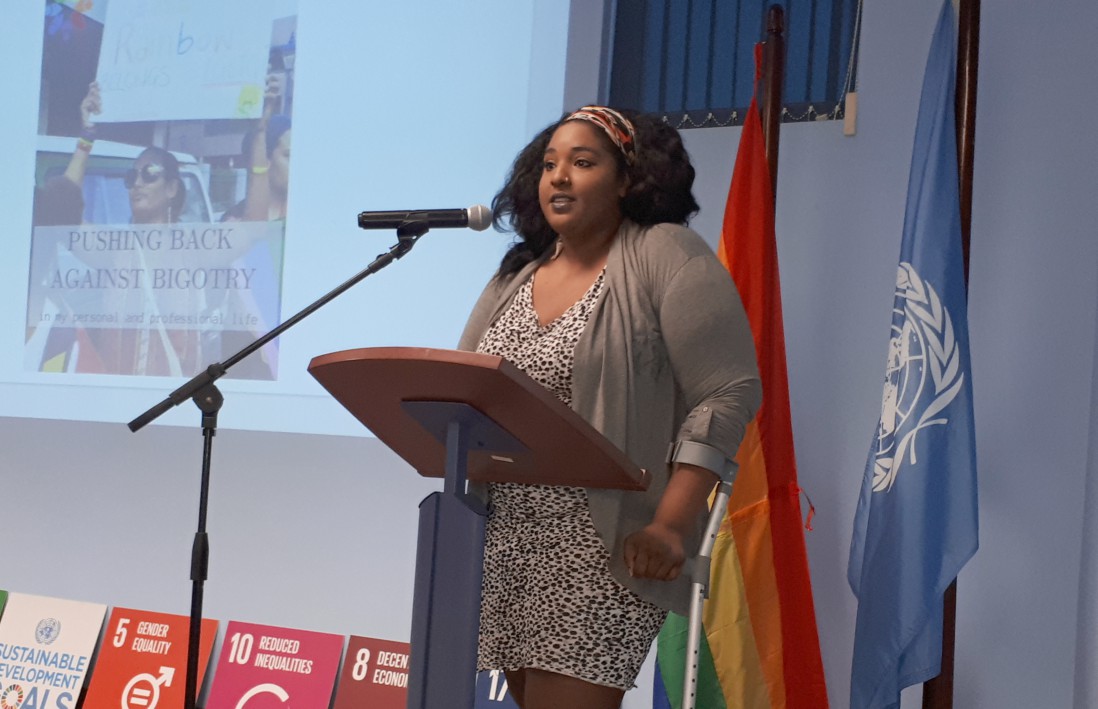 The sweetest summer festival has been injected with a dose of bitter following a performance in a calypso tent over the weekend.

House of Soca performer, Billboard, ruffled the feathers of the local LGBT community with a song entitled 'Sex Change' which has prompted spokesperson, Ro-Ann Mohammed, to release a statement denouncing the song.

The "problematic song", according to Mohammed, is a deliberate effort to smear the lifestyles of LGBT people, particularly transgender people.

In the song, Billboard, who has made it to the semi-finals of the MQI Pic-o-de-Crop competition, speaks about the efforts of transgender people to change their body to assume another sex. He, in a very condescending way, tells them no matter what steps you take to alter your appearance or body structure, you are still the same on the inside.

According to the statement, following Billboard's performance, there was an exchange between the tent's emcee, Yolanda Holder and a member of the LGBT community identified as Shelly, who is a lesbian.

This exchange allegedly involved the emcee telling the audience, "Is there a doctor in the house? We need some 'tryadick' medication for this lesbian", referring to Shelly. Shelly then took to the stage to affirm her confidence as a LGBT member.

But the young lady was reportedly left shaken and hurt by the encounter.

The statement from Mohammed said:

"This entire scenario brings light to the rampant and unwarranted hostility, intolerance and atmosphere of discrimination against gender and sexual minorities. LGBT people are expected to have their identities criticised, mocked, scrutinised and left to be public objects of speculation without expressing the hurt and frustration that comes with internalising such hate. "

The LGBT community, the statement said, continues to be victims of homophobia and bigotry, yet when they speak out, they are further chastised for such.

The group admonished Barbadians to focus on "uplifting the vulnerable and celebrating differences" as opposed to putting down those who are different.

The LGBT community also urged allies, supporters and interested persons to lend their support to the cause on July 22 at the Pride Barbados Parade.

8 things to know about the Trini buggery law ruling