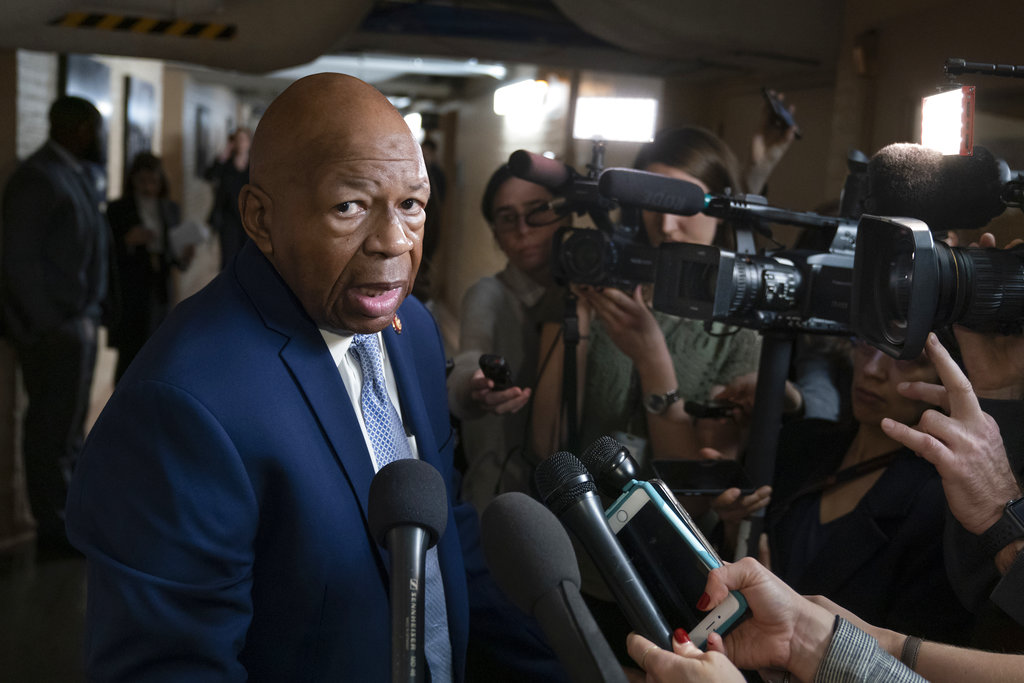 Challenging the Trump administration on a high-profile consumer issue, leading congressional liberals plan to unveil a package of bills Thursday designed to radically reduce what Americans pay for prescription drugs by linking prices to lower costs in other countries.

The legislation has little chance of becoming law under a divided government, but it could put Republicans on the defensive by echoing themes and ideas that President Donald Trump has embraced at one time or another. The common denominator: Americans shouldn't have to pay more for critical medications than consumers pay in other economically advanced countries.

The Trump administration has put forward its own plan for reducing drug prices.

Independent Sen. Bernie Sanders of Vermont and Democratic Rep. Elijah Cummings of Maryland plan to introduce the three bills on Thursday, according to the senator's office. Cummings chairs the House Oversight and Government Reform committee, which is planning to take a major role on drug pricing issues.

A new idea in the package would open up generic competition to patent-protected U.S. brand-name drugs that are deemed "excessively priced." A second bill would allow Medicare to directly negotiate with drugmakers. The third bill would allow consumers to import lower-priced medications from Canada.

"If the pharmaceutical industry will not end its greed ... then we will end it for them," Sanders said in a statement.

The federal Health and Human Services Department would get a major new mission regulating drug prices.

As a presidential candidate, Trump initially called for Medicare to negotiate drug prices and favored allowing Americans to import lower-priced medications from abroad, something that many consumers already do even if it is not legal.

But those ideas are political nonstarters for most Republicans, who favor a free-market approach to the U.S. pharmaceutical industry and prize its capacity for innovation.

As president, Trump has unveiled a complex plan to lower drug costs, relying on dozens of regulatory actions. A key goal is to eliminate incentives for major actors like drugmakers, pharmacy managers and insurers to stifle competition at the expense of consumers. Independent experts say the administration's proposals would have an impact but they don't limit the ability of drug companies to set high prices.

Time and again, Trump has complained that other countries where governments set drug prices are taking advantage of Americans. Indeed, one of his ideas would shift Medicare payments for drugs administered in doctors' offices to a level based on international prices.

"We are taking aim at the global freeloading that forces American consumers to subsidize lower prices in foreign countries through higher prices in our country," the president said in unveiling that proposal shortly before last year's congressional elections.

Sanders and Cummings would go far beyond Trump's proposals. Their legislation would essentially apply to any U.S. patent-protected brand-name drug, whether or not government programs are bearing its costs. By comparison, Trump's international pricing proposal would not apply to retail pharmacy drugs purchased by Medicare beneficiaries or to medications for privately insured people.

Under the lawmakers' plan, drugs deemed "excessively priced" by HHS could face generic competition. A medication's cost would be deemed "excessive" if its price in the U.S. is higher than the median, or midpoint, price in Canada, the United Kingdom, Germany, France and Japan.

If the manufacturer is unwilling to cut its U.S. price, then the government could allow generic manufacturers to make a more affordable version of the medication. Generic companies taking on the task would have to pay "reasonable" royalties to the company holding the patent.

The pharmaceutical industry is already adamantly opposed to Trump's international pricing idea and is likely to fight the lawmakers' proposal even harder.