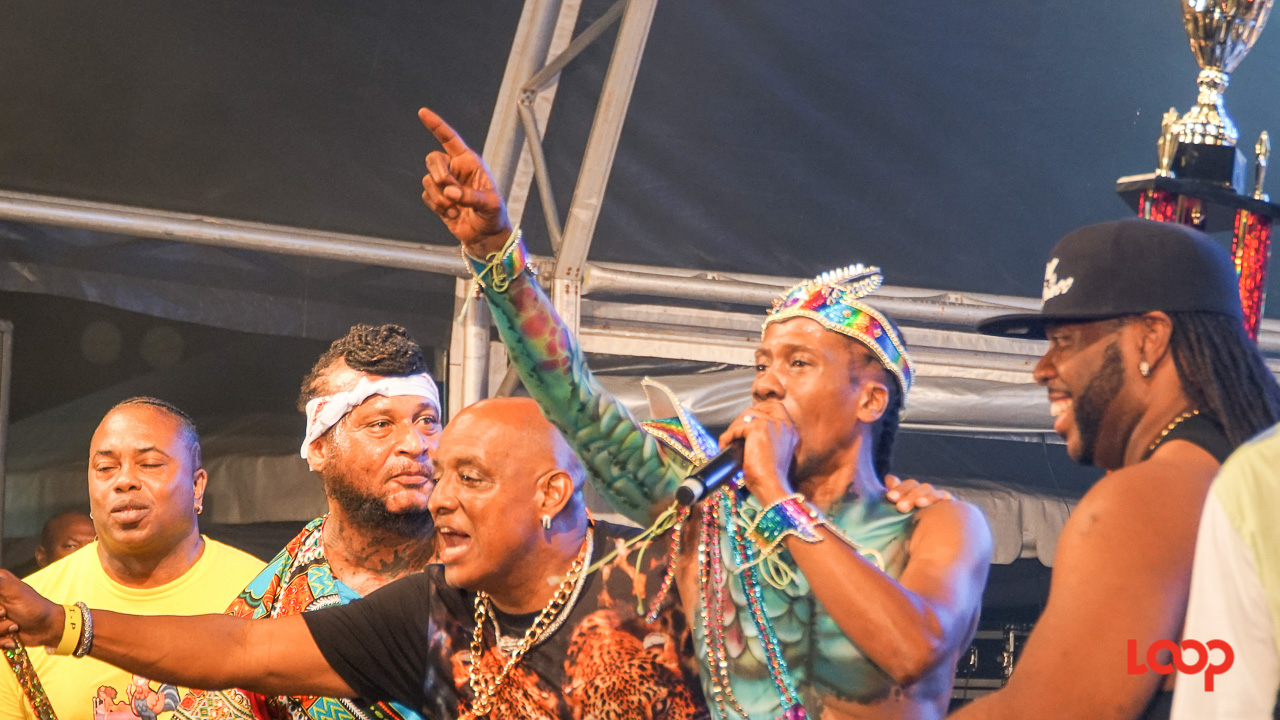 After a night of stiff competition, Lil Rick didn't have to beg as the crowd agreed with the judges' decision to give him the crown for the second year in a row.

The top four contestants in the Party Monarch were:

The Party Monarch competition got underway around 7 p.m. with the defending monarch Lil Rick setting a high bar. He came from the floor and gave high energy from start to end as he delivered a timely message against the violence and crime happening in Barbados, with the plea, 'Ah begging fuh peace'.

The experienced artiste and DJ later told Loop News that there's nothing like competition:

"Honestly, I just love it! My management would like to drag me out of competition and they did for a little while but I love it – I like it bad! It makes me feel good! Win or lose, it feels good."

Another impactful performance came from veterans, Ras Iley and Grynner, who came out of the ‘Kaiso Nursing Home’ – Ras Iley with a walker and Grynner in a wheelchair pushed by The Mighty Gabby. But contrary to appearances, they went on to ‘mash up’ Bushy Park with their performance of ‘De 2 Ah We’.

Ras Iley told Loop News afterwards, "I’m satisfied and pleased to see that we came up here in what’s supposed to be a battleground for the young people and dealt with the case.”

A consistent Mistah Dale gave a solid performance, which was enough to earn him third place from the judging panel, led by Chief Judge Jude Eastmond.

Fourth-placed Mikey went back to ‘Grass Skirt Posse’ days as he paid tribute to the importance of brass in the music that drives the fetes. He told Loop News his performance was inspired by his favourite song, Krosfyah's 'Yardie' and that a lot of training and dieting went into his preparations, joking, "Truth be told, I have not backed my shirt on stage since 2004."

"There was a technical hiccup in the beginning but I was able to come through it and entered on the right side of the beat. It plays with your mind a little bit, but when you're onstage you have to look past it and go. From there, it was nice," said Mikey.

The always energetic Peter Ram sought to turn things ‘Upside Down’ with his elaborate production, complete with performers on aerial silks. Meanwhile, newcomer Faith was all about female empowerment as she sang about how women ‘Run It’, even being joined on stage by Olympian Akela Jones.

Another woman and newcomer to the finals stage, Saffiyah, delivered a strong performance that she told Loop was a "phenomenal experience". "It was mind-blowing! I never thought the crowd would like me like that!” she added.

The crowd was not the only ones who were impressed. The eventual monarch himself, Lil Rick, expressed his admiration in an interview right after being named the winner. He pledged to work with her and help her become a big name in the soca industry.

Blood's performance of 'Leggo' was all about freedom, as he told Loop News, “I wanted to take people back to a different time and era when we were fighting for freedom. ..I took it from there and brought it to modern times. I like to take people on a journey, on a story – and that’s what I did.”

Ramases opened his performance of 'Fowl Cock' with a tongue-in-cheek presentation that featured social media personalities, Sheriann Norris and Natalie. He gave a good account of himself, which he told Loop News is his aim when entering the competition - exposing his music to an international audience. Admitting that he is "not the most popular person" he said he was blown away by the crowd's response to his performance.

In the end, the judges' decision to crown Lil Rick the 2017 Party Monarch was met by loud cheers from the crowd that waited until after midnight to hear the live announcement.

The eventual winner aligned with the votes of Loop readers who responded to a poll asking their pick for the 2017 Party Monarch. 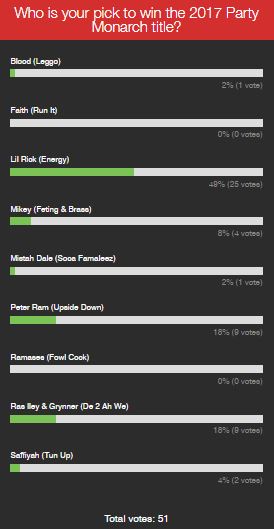