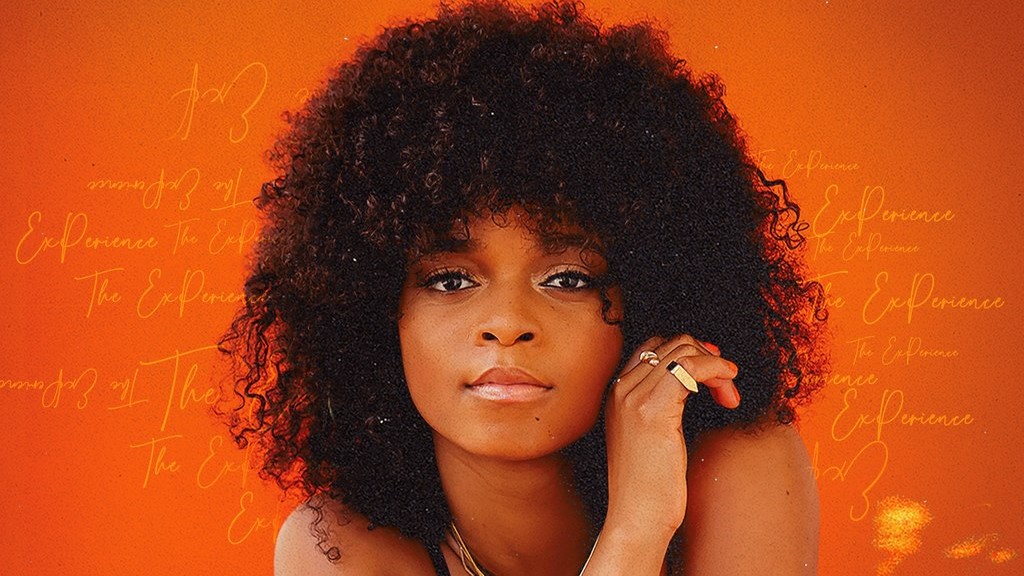 Lila Iké's debut EP, The ExPerience is out.

In the recently released visualiser for her song ‘Solitude’, Jamiacan reggae singer Lila Iké is filmed enjoying her own company while swimming near a waterfall, strumming her guitar and meditating.

The visualiser is devoid of any cell phones or devices as it shows her unplugged from the world, climbing a mango tree to pick mangoes and reading a book at home where she lives alone.  In a reflective mood, she sits under the shade of the mango tree and pens ‘Solitude’.

The visualiser taps into the solitude many are experiencing now and the respite it has given the singer from the trappings of her growing fame.

“Right ya now nuff a dem fi get block and delete. Airplane mode, how the life yah so sweet. Come a ring off me line seven days of the week,” she sings in her sultry vibrato about the need to unplug from the constant demands of an artiste.

“It is a true story about being down, being overwhelmed with people and their energy. I need a break sometimes so that song for sure means the most to me and it is a song a lot of people can relate to,” she tells Loop.

The song— which she describes as Lauryn Hill-esque neo-soul—means the most to Iké of the seven songs on her debut EP The ExPerience as it was the first song she composed on a special guitar given to her as a birthday present from Protoje. The founder of In Digg nation Collective has been working with Lila since reaching out to the singer via Twitter in 2017.

The ExPerience, which was released on May 15, is more than just ‘Solitude’. It is a sonic storybook of Lila’s love and life experiences that debuted with the flirtatious ‘I Spy”  produced by Izybeats, the man behind Koffee’s ‘Toast’, “Second Chance,” whose heavy drum and bass borrows from “Promise Land” by reggae icon Dennis Brown, the Protoje-produced ‘Thy Will’, “Forget Me”, “Stars Align” and “Where I Am Coming From”.

The album is the first of a multi-album deal she signed together with Protoje and label mate and friend Sevana, positioning her as the latest reggae star from Jamaica.

It caps a career she has been building since leaving the cool hills of the countryside in Manchester, Jamaica, birthplace of the late Garnett Silk, of whom she is a huge fan.

She first developed her love for music in high school, where she created jingles on the spot for class projects and got caught freestyling in class with her friends.

Lila found her calling after winning the “best talent” award in her high school pageant and writing her class’ graduation song. While attending Northern Caribbean University in Mandeville where she studied business, she signed up for open mics.

Upon Lila’s relocation to Kingston, Jamaica’s capital city, the ambitious singer connected with artists like Jah9, Kabaka Pyramid and Protoje — some of the stars of Jamaica’s reggae revival.

She crafted her name, shortening her first name to Lila in 2009 and taking Iké as her last. It stands for ‘God is Powerful’ in the Igbo culture and was inspired by a Nigerian/Trinidadian boyfriend of the same name. 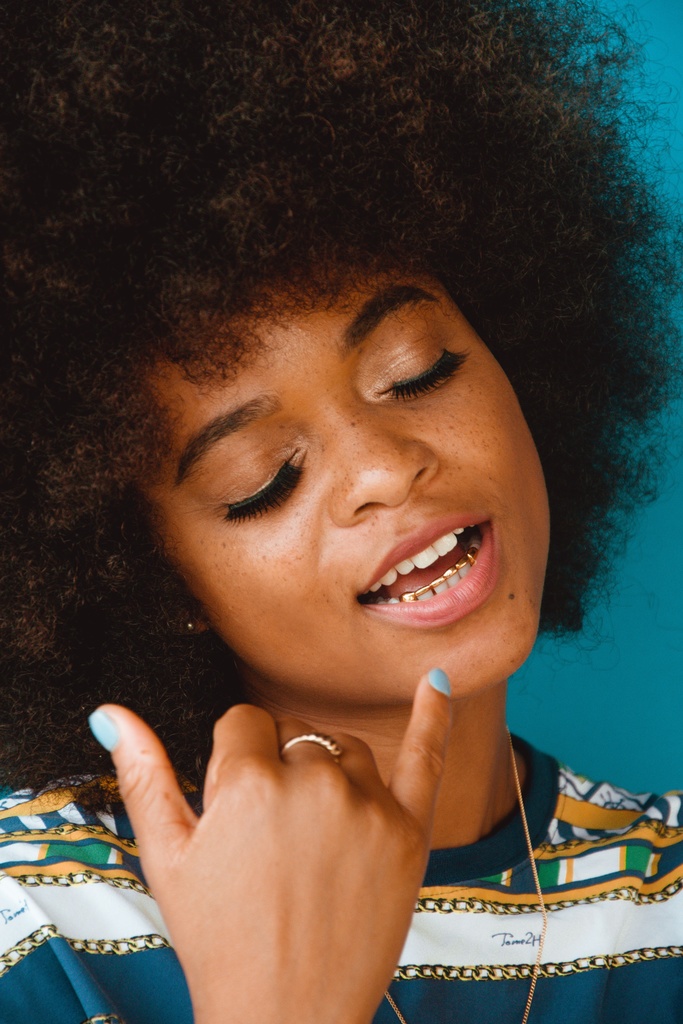 After appearing as a featured guest on tracks by Protoje (“Flight Plans”), Royal Blu (“Believe”) and Koro Fyah   (“Got it For You,” “Raggamuffin”) and on mixtapes by Addis Pablo and Yaadcore, she began building her own catalog of solo material with songs such as “Second Chance”.

"Where I'm Coming From” released nearly a year ago in June 2019, was her breakout song. Sung over a reggae trap beat, she reflects on her journey, while acknowledging her humble beginnings and expressing gratitude for the blessings she has received.

In the video for the debut single of the EP “I Spy”, Lila makes a strong statement about who she is and how the world can view her. While the song follows the album’s overarching theme of love and flirtation, the video is devoid of a love interest and Lila makes strong statements with her fashion choices that include a bold pink suit and an olive green jumpsuit.

“I never necessarily wanted it to be overly sexy. I just wanted it to be a chill vibe and when I say I Spy I am not just talking about like a guy but just the world, you see my music and get into it and hold a vibe with me,” she says.

Unlike the visualiser for ‘Solitude’, Lila is surrounded in the ‘I Spy’ video with her sistren, obviously shot before congregating in groups was clamped down with the rise of COVID-19.

Sevana, Jaz Elise and Naomi Cowan, all of whom featured with Lila on an all-female riddim produced by Protoje, are the women she not only collaborates with musically but whom she can confide in and draw strength in addition to her own self as she demonstrated in ‘Solitude’.

“Being in music and having other females I could relate to and be in music with and we can share experiences and just have that support, we feel like superwomen, the Power Puff girls,” she says, noting that they are sisters she can talk to about other things outside of the industry.

Marcia Griffith, Tanya Stevens, Queen Ifrica and Jah 9 are among the women who have paved the way for this new generation of female reggae singers that includes Grammy-award winner Koffee. 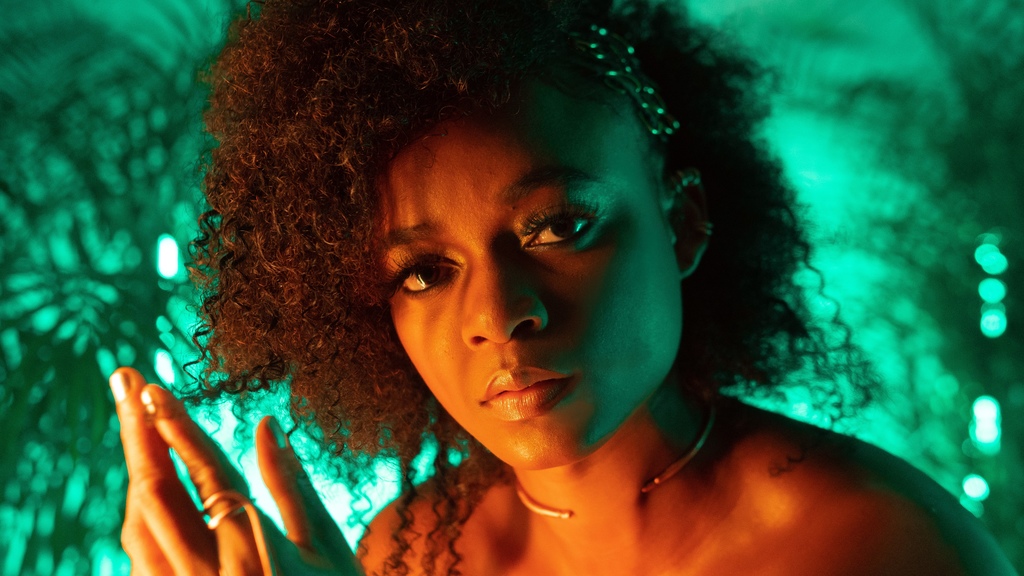 This female revival within the genre is influencing a new wave of women eager to get into the business.

“I get a lot of messages from women all the time who say they want to get in but they are so scared and I say ‘Yo G-up, is our time now’,” says Lila.

“Another beautiful thing is that you have men supporting us. Protoje, who has been in the front of a lot of our careers, me, Sevana, Jaz Elise and Naomi, just even putting out a riddim with all females right now and that did very well to have a man support us women. It showed other men inna the industry, yo, you all have been around for way longer and you all not doing this.”

As seen on the Beenie Man and Bounty Killer Verzuz TV clash on Saturday night that drew over 470,000 viewers on Instagram, the pandemic has provided fertile ground for artistes to benefit from the collective focus on social media for entertainment.

Lila believes putting out her EP now is a plus as everyone has an opportunity to survive their solitude through music.

By the time she is able to tour, she says, people would know her music and she can once again enjoy the live energy of fans especially those in the Caribbean where she says she really wants to get a break.

Kingservant wants to introduce Bajans to his wise form of Reggae