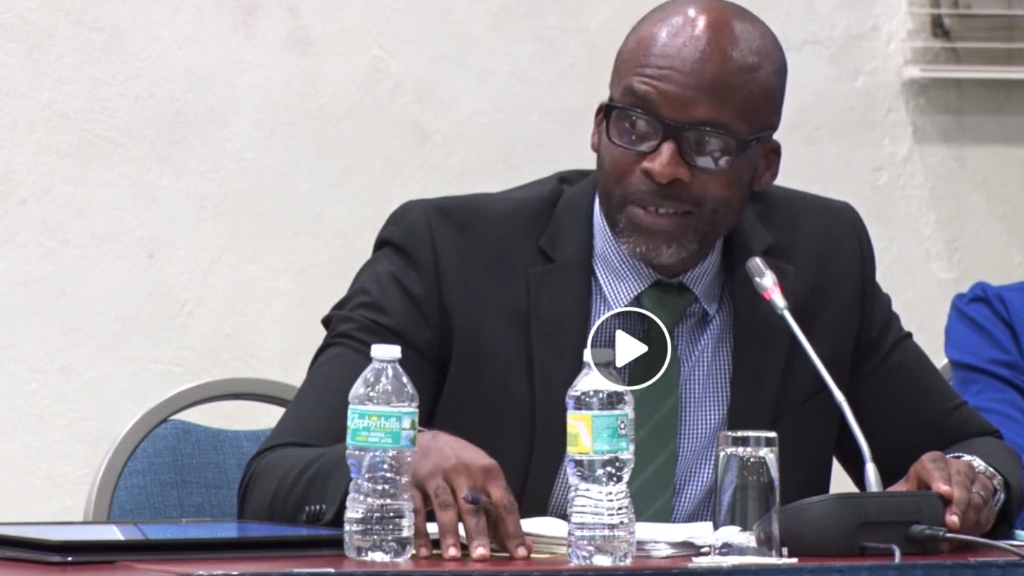 Health officials are working to find links for only two more COVID-19 cases, down from four as of four days ago.

This news comes to further calm fears of community spread which were erupting after Barbados had two recently confirmed cases of COVID-19 with no recent travel history and no links to previous cases at the time.

Over the past two days, Barbados has recorded three new cases of COVID-19, all with known points of infection.

When asked if these new cases were traced to the active cases which are under investigation, Acting Chief Medical Officer Dr Anton Best told Loop News, "We are too early in investigations".

However, he clarified, "We're still investigating the last seven [cases] but there are already clear links with five of them, [and] possible links for the other two.

"We don’t have any cases in which there is no epidemiological link."

Therefore, he urged that links have been found for practically all 88 confirmed cases to date.

Persons were most concerned about the 32-year-old man whose positive test result was returned on April 30, and there was another male from about seven weeks ago, who has since recovered. On May 8, a 72-year-old CARICOM national, resident in Barbados, who had no recent travel history, was also being investigated.

After the Social Partnership Meeting on Thursday, May 14, Barbados Czar Richard Carter, once again explained what constitutes community spread:

"We defined community spread as a situation where we had a case that we could not link to an indexed case, a case that was unlinked. We had at the time that I spoke (May 7), two such cases, therefore by definition we have two cases that we could not identify and therefore those constituted community spread. We must not take it out of proportion because if those cases suddenly remembered where they had been and came forward, then that does not constitute community spread because we're able to identify where."

Barbados has tested over one per cent of its population to date.

Echoing the sentiment that the term community spread should not be used with respect to the local situation, Dr Best on Thursday had also said:

"At the time the statement was made [a week ago], we had literally two cases that did not have an epidemiological link."

He said the World Health Organisation (WHO) has a more strict, scientific definition of community spread for a large number of persons with no links or explanation for infection. "I'm cautioning it because that is another category. We are not in that category in Barbados. We are in the category of containment in terms of describing the epidemic in Barbados . . . We are constantly looking. We would have talked about the trends in Barbados about how the rate of detection of cases has come down.

"What we also did is to increase the rate of testing. We even started to look more, assuming it may be out there. We only have four cases right now, four recently diagnosed cases that we're still actively doing contact tracing for."

Today, he confirmed that that figure is down by 50 per cent to two.

Barbados' last two confirmed cases are two Barbadian women ages 21 years old and 35 years old. They were reported to the nation yesterday. The day prior (May 16) a 55-year-old man tested positive after being found through contact tracing as well.

Sixty-eight people have now recovered, and 13 are in isolation. There have been seven COVID-related deaths.

Despite restrictions continuing to loosen as part of Phase 3 in the island's reopening plan, Barbados continues to be in a State of Emergency (SoE) due to this health crisis.

And in the past (April 25), Health Minister Lt Col Jeffrey Bostic had said that the extended SoE in Barbados would give the officials and contact tracers some cover.

"It is vitally important and the Public Health imperative in terms of what is happening now, is to give public health officers the opportunity to make contact with as many people as possible who through the contact tracing programme would have come into contact with a confirmed case, and this is the importance of it.

And Barbados' last three cases were found by contract tracers. They had not presented themselves to health officials or turned up at a testing centre.

Barbados' State of Emergency is scheduled to end June 30, 2020, unless the fluid situation changes.

COVID-19 contact tracers at the mercy of patients – Tell us the truth!