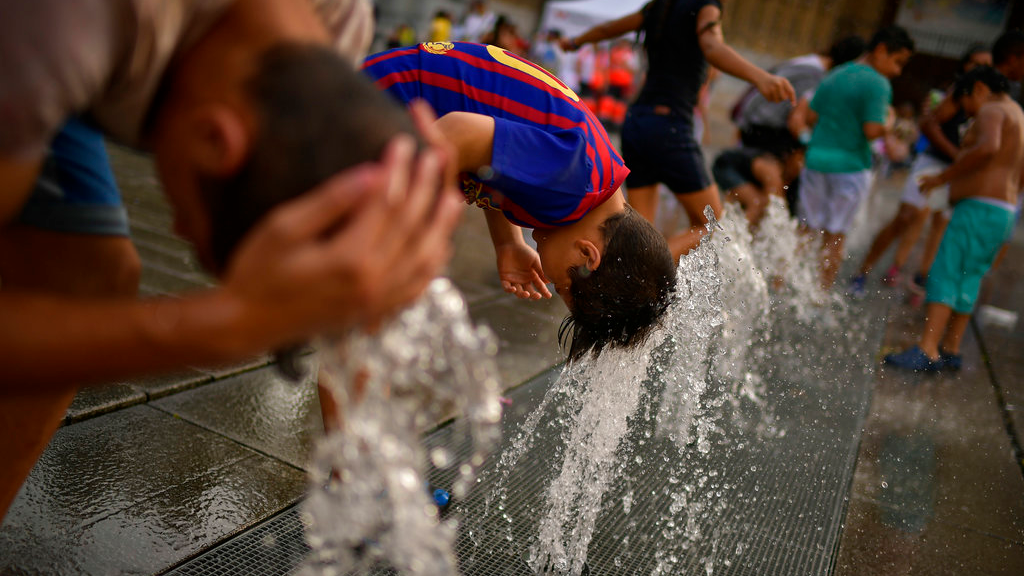 People cool off with water from a fountain during a hot summer day, in the basque city of Vitoria, northern Spain, Saturday, Aug. 4, 2018. Hot air from Africa is bringing a heat wave to Europe, prompting health warnings about Sahara Desert dust and exceptionally high temperatures that could peak at 47 degrees Celsius (117 Fahrenheit) in Spain and Portugal. (AP Photo/Alvaro Barrientos)

Lisbon broke a 37-year-old record to notch its hottest temperature ever as an unrelenting heat wave baked Portugal and neighbouring Spain. New heat records were set in 26 places around Portugal.

Portugal's weather service said new maximum highs were recorded at 26 places from measurements taken at a total of 96 weather stations around the country. More than 60 percent of the country registered temperatures of over 40 C (104 F).

The hot, dusty conditions across the Iberian Peninsula are the result of a mass of hot air from Africa and have increased the risk of forest fires. Over 700 firefighters were still battling a forest fire near the Portuguese town of Monchique in the southern Algarve region, a popular tourist destination.

Portugal issued warnings of extreme heat for most of the country and forecast maximum temperatures of 44 C (111.2 F) for some areas in the south.