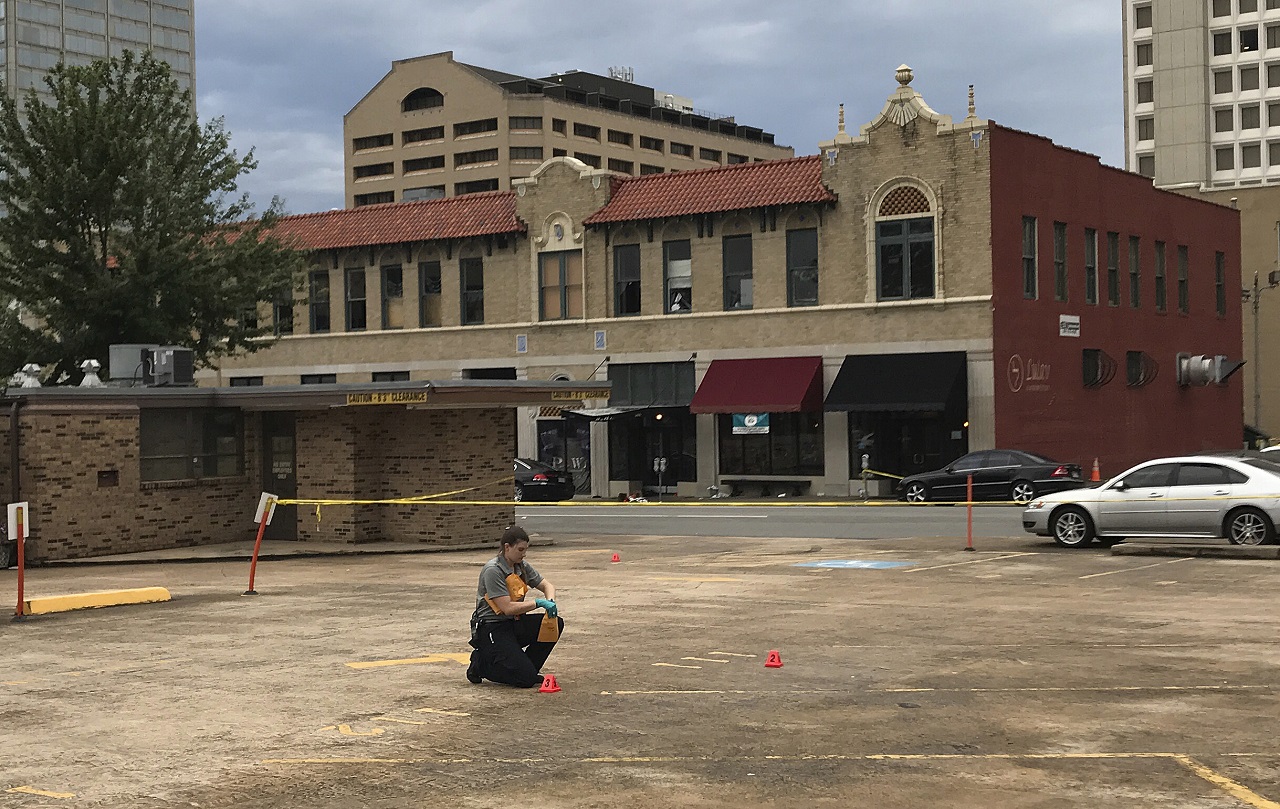 Police said 17 people were hurt in a shooting early Saturday after a dispute at a downtown Little Rock nightclub. The city's police chief said officers suspect multiple people fired weapons but that the incident was not terror related.

The shooting happened at the Power Ultra Lounge, a club in a two-story building downtown about 1 mile (1.61 kilometer) east of the state Capitol. Police cordoned off the block as crime-scene technicians gathered evidence from inside and outside the club. Glass from the club's second story windows littered the ground, along with empty drink cups.

"We do NOT believe this incident was an active shooter or terror related incident. It appears to have been a dispute at a concert," the city police posted on its Twitter account overnight.

Little Rock Police said on Twitter that all 17 victims were alive and that one person who had been in critical condition was upgraded to stable.

"One is too many. Seventeen is very alarming and certainly disturbing," Little Rock Police Chief Kenton Buckner told reporters. He said there was "some sort of dispute broke out between people inside" the club and that there are "probably multiple shooting suspects."

A video posted online by a club patron showed that a packed house for Finese 2Tymes, a performer from Memphis, Tennessee. About a half-minute into a break in the raucous concert, several bursts of gunfire rang out — more than 24 shots in an 11-second period.

The shooting follows a week in which there have been about a dozen drive-by shootings in the capital city, though there's no indication the events are linked.

Early Saturday, Rada Bunch waited outside the club after she had heard from a friend that her son had been at the club and may have been shot. She had received little information about the incident

"I'm sick of all the killing and I'm tired of all the shooting, the kids getting hurt," Bunch said.

The club's Facebook page promoted Friday night's show with a poster depicting a man pointing what appears to be a gun at the camera. A call to a number listed for Finese 2Tymes' booking agent wasn't immediately returned Saturday.

Little Rock Mayor Mark Stodola said on Facebook that more information would be released at a news conference Saturday afternoon.

"My heart is broken this morning — my prayers are with the victims of this tragedy," he wrote. He went on to add, " We are committed to doing everything possible to bring safety to our city. We need everyone to help."

In May, one person was killed and six people were hurt in a mass shooting at a downtown concert in Jonesboro, Arkansas, about 115 miles (185 kilometers) northeast of Little Rock. In that case, two men were charged with first-degree murder and six counts of first-degree battery.

UPDATE: Gunman kills 1, hurts 6 at NYC hospital before killing self