Liverpool duo wary of Lucas Moura ahead of Madrid showdown 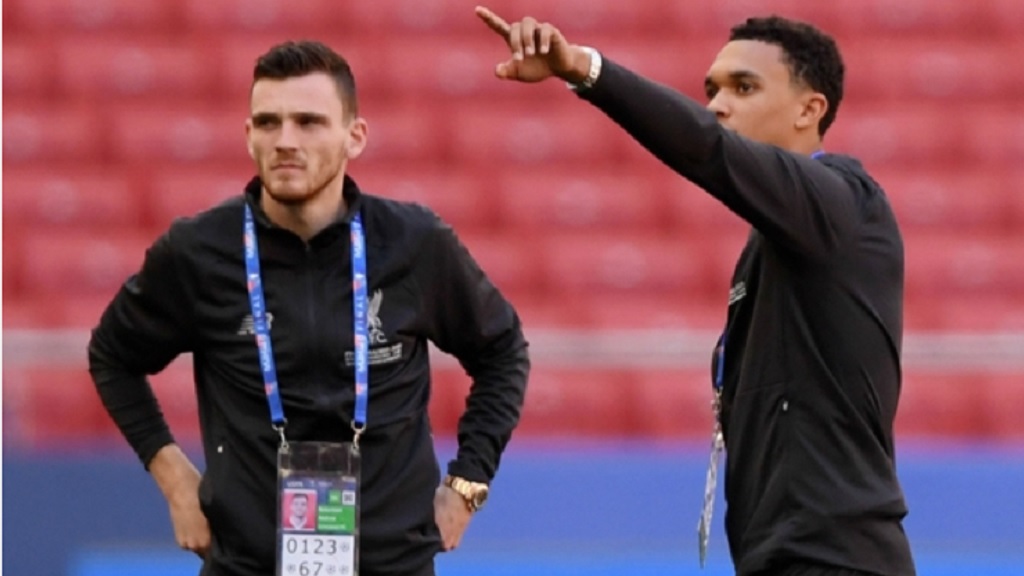 Trent Alexander-Arnold and Andy Robertson both picked out Tottenham forward Lucas Moura as a major threat to Liverpool's bid for Champions League glory in Madrid on Saturday.

In the absence of injured talisman Harry Kane, Lucas was the hero in the semi-finals for Mauricio Pochettino's side, scoring a hat-trick to overcome Ajax on away goals after Spurs had been 2-0 down at half-time in the second leg of the tie.

Kane may be fit to return for the final, with Mauricio Pochettino unwilling to disclose whether or not he will bring the striker back into the side that spectacularly battled back against Ajax.

Alexander-Arnold has also seen plenty of Lucas the Premier League but, while impressed by the forward, the England international did not want to focus too much on individuals ahead of the clash.

"[Lucas] Moura's at the top of the list in terms of their best players," he said at a pre-match press conference.

"We're used to how he plays and how Tottenham play as a team. It's not about us singling out players. As a team they've showed their quality."

Fellow full-back Robertson agreed with his team-mate: "Lucas was the hero at Ajax. He's a fantastic player with fantastic qualities. We've come up against him before and it's all about trying to deal with that."

Liverpool lost to Real Madrid in the 2018 final but are favourites to lift the trophy on Saturday, though Robertson is not taking anything for granted.

"I don't think they [Tottenham] are underdogs. The games we've had in the Premier League against them are the toughest we've played," the Scotland captain said.

"They can cause us problems, but we can cause them problems too - as with any team. It's about who shows up better on the day."

Alexander-Arnold revealed Liverpool's plan for the final is to look to take the initiative from the off, allowing them to nullify Spurs' best qualities.

"We play with a certain style and we'll try not to change that for any team. If we sit back and let them get on top of us, that's when they're at their best," he said.

"We need to be on top and in their half; that will work for us tomorrow. Whatever happens, we'll try to play our way."

Liverpool have made a habit of reaching European finals in recent years, including losing to Sevilla in the 2016 Europa League final, and Robertson is keen to use their previous experiences as a positive, despite the results.

"A lot of us played in Kiev last season who can use that experience [of losing] and deal with the pressure," the defender added. "We can't focus on Kiev or Basel. If we did, we'd struggle all the time."