Local dance groups off to World of Dance 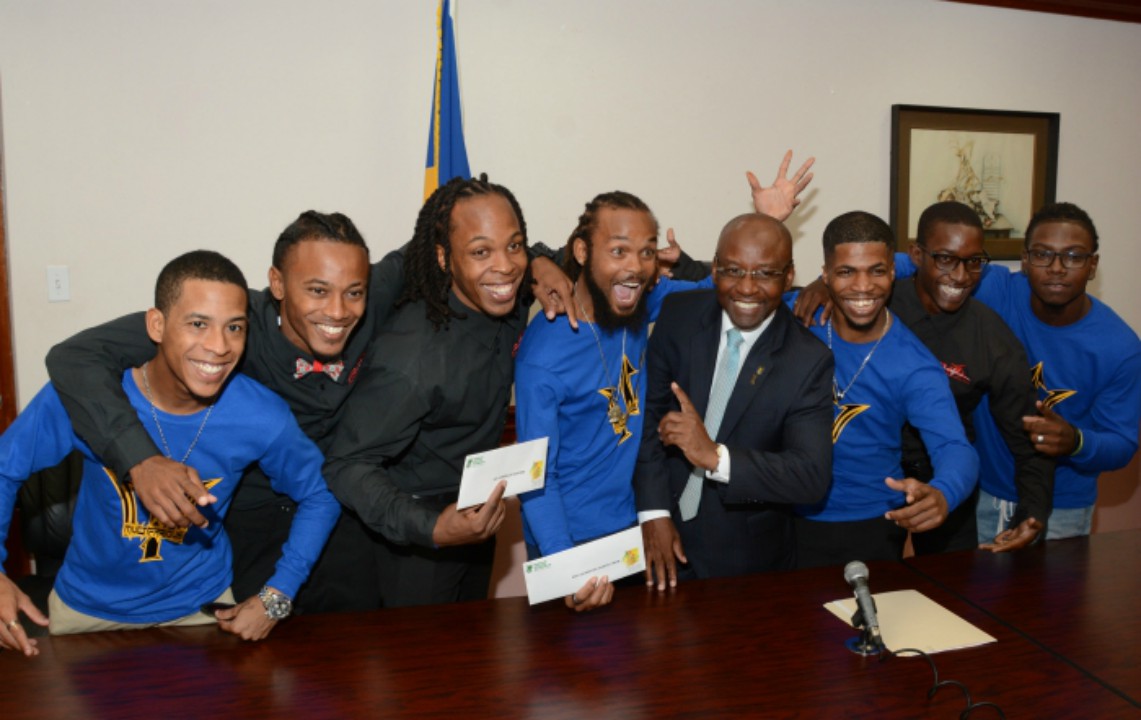 Members of the Multifarious Dance Crew and the ADL Adrenalin Dancers pose with Minister of Culture Stephen Lashley. (BGIS)

The National Cultural Foundation (NCF) continues to make a worthwhile mark on the development of local artistes.

Minister of Culture, Sports and Youth, Stephen Lashley made this observation yesterday during a ceremony in his Sky Mall office, where he presented two Barbadian dance groups with airline tickets and funds for accommodation in order to participate in the World of Dance (WOD) event, to be held in Trinidad this Saturday.

Lauding the Multifarious Dance Crew and the ADL Adrenalin Dancers for their hard work in reaching the skill level necessary for participation in the event, Lashley noted that the two groups had excelled at the National Independence Festival Creative Arts (NIFCA) and the NCF’s development programmes.

According to the Minister the groups’ collective achievements can be seen as a vote of confidence in the programmes of the National Cultural Foundation.

The NCF’s programmes are not only designed to improve the artistes’ technical skills on stage but also to promote the longevity of the art form ensuring that the artistes are also equipped to transfer the knowledge gained. One member of ADL and three members from the Multifarious Dance Crew are enrolled in the NCF’s Teacher Training Programme which seeks to prepare them to become the first internationally qualified street dance teachers on the island.

Speaking to the two groups Mr. Lashley said, “we are just as excited as you are about this prospect…we are looking for you to do some really big things!”

The donation of airline tickets to the Multifarious Dance Crew along with the provision of accommodation for the ADL Adrenalin Dancers is expected to assist the two local groups as they compete in the coming WOD with the opportunity to win BDS two million.

The event will take place at the Lord Kitchener Auditorium, the National Academy for the Performing Arts, Frederick Street, Port of Spain, Trinidad this weekend.

No April fools! Beenie Man refuses to dance with his ex-wife D’Angel

World of Dance comes to the Caribbean