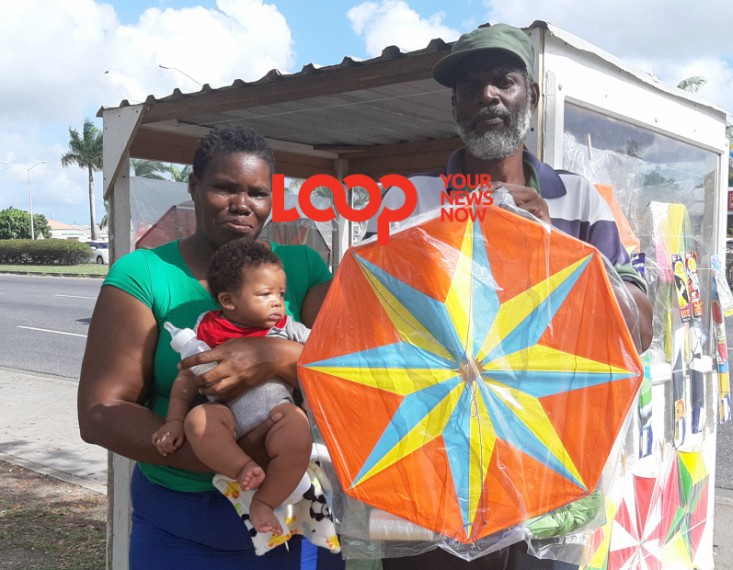 Gillian and Ronald Layne displaying kites they made for the season.

With 36 years in the business of making and selling kites, Ronald and Gillian Layne believe the aged tradition has fallen on hard times.

In fact, they have made a call to authorities in the creative sector for a ban to be initiated on imported kites.

Loop News caught up with the business partners in Warrens, St. Michael ahead of the Easter Weekend.

Ronald said he has been making kites from childhood, starting with plastic and eventually moving onto paper.

He said over the years he has watched the business steadily decline for two reasons- a lack of interest in kite-making as well as a preference for bat kites. Ronald noted this year was perhaps the worst he has seen since the business started.

“They don’t sell like before. Every year is worse. Back in the 90’s we used to get nuff [sic] sales but this generation they not into kites.”

Gillian echoed similar sentiments, attributing the decline in sales to the takeover of technology.

“They [children] like too many electronic devices and games. Majority of the parents you see coming to buy kites are younger parents and most of them want bat kites and cartoon character kites. They tend not to want the paste kites.”

Both agreed, if a ban was placed on importing kites, Barbadians would be more inclined to purchase locally manufactured kites and keep the tradition alive.

“We will still press on because we want to keep it alive.” 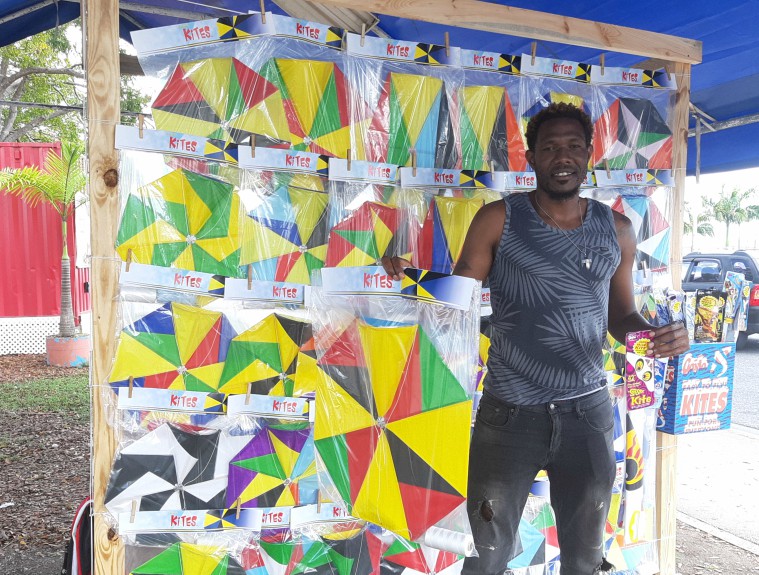 Also hoping to keep the tradition of kite flying alive in Barbados is Charleston Taylor, who just a few years ago got involved in selling kites. He, like the Layne family, also operates from the Warrens area.

“Not only it is a business but it is also a way to perpetuate the tradition of kite flying in Barbados during the season.

It may seem like a trivial past time but I believe that the culture needs to be maintained … we are seeing a lot of Western cultures being integrated.”

He stressed the need for older folks to make kite flying as inclusive and enjoyable for children, considering they are more attracted to technology.

“Kite flying is good for getting the children outside and not just inside on their different technological devices.”

10 things to do in the Caribbean during the Easter weekend

The Latest: Merchants near Notre Dame struggle after fire

Church thief to be sentenced next month