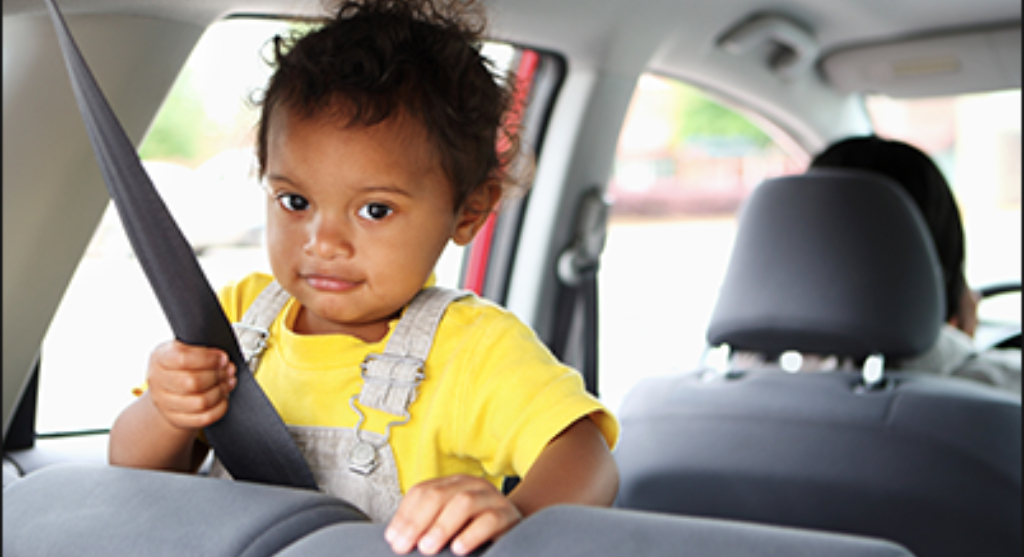 Buckle up your children (internet image)

Some Bajans need to learn to hold their tongues and others need to know when to speak up and educate those around them.

You have one mouth, but two ears and two eyes so that you can listen and watch twice as much as you speak.

Do not go through life ignorant or as Bajans say, ‘igrunt’.

Not sure if you are ignorant, answer these two questions.

1. Do you know what ignorance is?

If you answered 'no' to both, there is still hope for you.

By definition, ignorance is lacking knowledge or information.

And, the good news is, yes it can be cured!

Read news; borrow books from the library; research topics; watch videos. Educate yourself! You can start out igrunt in life, but you don't have to stay so.

Related article :WHAT YOU SAID: Roundabout has Bajans ‘fed up’

An ‘igrunt’ person with a narrow or closed mind and a bad attitude is like a live grenade. At any moment it could go off and hurt or harm one individual or a group of people.

When I say some Bajans igrunt, who do I mean?

Ignorance is not always bliss.

This week on a popular Bajan call-in programme, a Minister found himself in some hot water, whether the allegations were true or false. The callers were disputing if the man in question, who had allegedly parked his vehicle and blocked in a lady’s car that was in his assigned parking space, was in the right or wrong.

People called in to say, “He was right. It is he space!” While others called in to argue, “He could have parked elsewhere.”

On the other hand, some went down different roads reasoning, “Why does the Minister even need a space?” which then brought up the entitlement speech by others, who said that the Minister is entitled to his space and “by law, nobody else shouldn’t park in um. It fuh he tuh nuse!”

Then a caller called in and shared, “If a man was standing in the middle of the road by choice, and I ran him over with my car because by the reasoning of some, he had no right there, I would be right, right? Let him who knows better, do better!” This caller posed the idea, “What if the lady had an emergency and had to leave urgently after being blocked in?”

And this got me to thinking about who else qualifies as a igrunt person in Barbados, especially those who are head strong. Those ones are a recipe for disaster.

When you study people who park on sidewalks and they don’t consider a Bajan or tourist with a wheelchair who would have to go on the road and face traffic. They don’t study the blind person with a cane or the blind person who needs to walk two-abreast with a guide.

They even drive among us.

Think of the people who stop at the crossing and put on their hazard lights. They drive past a parking space and put on hazard lights then proceed to reverse. They park in a corner at night and don’t leave on park lights. They park at the bottom of driveways in neighbourhoods when they go to a “lil jam” or “dub” or “session”. They park on people’s lawns without asking permission. They drive at night with bright lights on 100-percent of the time. They drive on the highway at 40 km/h. They stop at every roundabout; they do not look right and left and keep it moving. They drive with their seats laidback and can barely see over the steering wheel. They buckle their own seatbelts and have their children walking around in the backseats or have them standing between the driver and passenger seats while the car is moving.

They drive with ignorance as a navigator.

So, those are the brood that needs to hold their tongues and speak less.

Now, what about the ones who need to talk more. The problem with preaching 'Know better? Do better', is that you MUST know BETTER! So don't be the only smart one in your circle condoning foolish words and actions. Birds of a feather flock together. Share your knowledge. Help bring the team up to speed.

Tell your bredren and sistren to wake up.

Open your eyes, read the laws of Barbados – share them. Share the Computer Misuse Act. Spread the Road Traffic Act. Don’t wait until you get a photo of a loved one to finally understand the pain and damage those photos inflict and cause.

Open your ears and listen to the Traffic police on radio issuing warnings every single day religiously.

Open your mouth and call out your family and friends for wrong-doing. Don’t excuse your people if they are doing wrong. Educate and inform people because if they land before a Magistrate, they will hear “Ignorance of the law is no excuse.”

Until people wise up, and learn better to know better and do better, in this Barbadians society we will keep having people pouring water in beer bottles and giving children to drink like it’s OK.

Proverbs 18:6 - A fool's lips walk into a fight, and his mouth invites a beating.