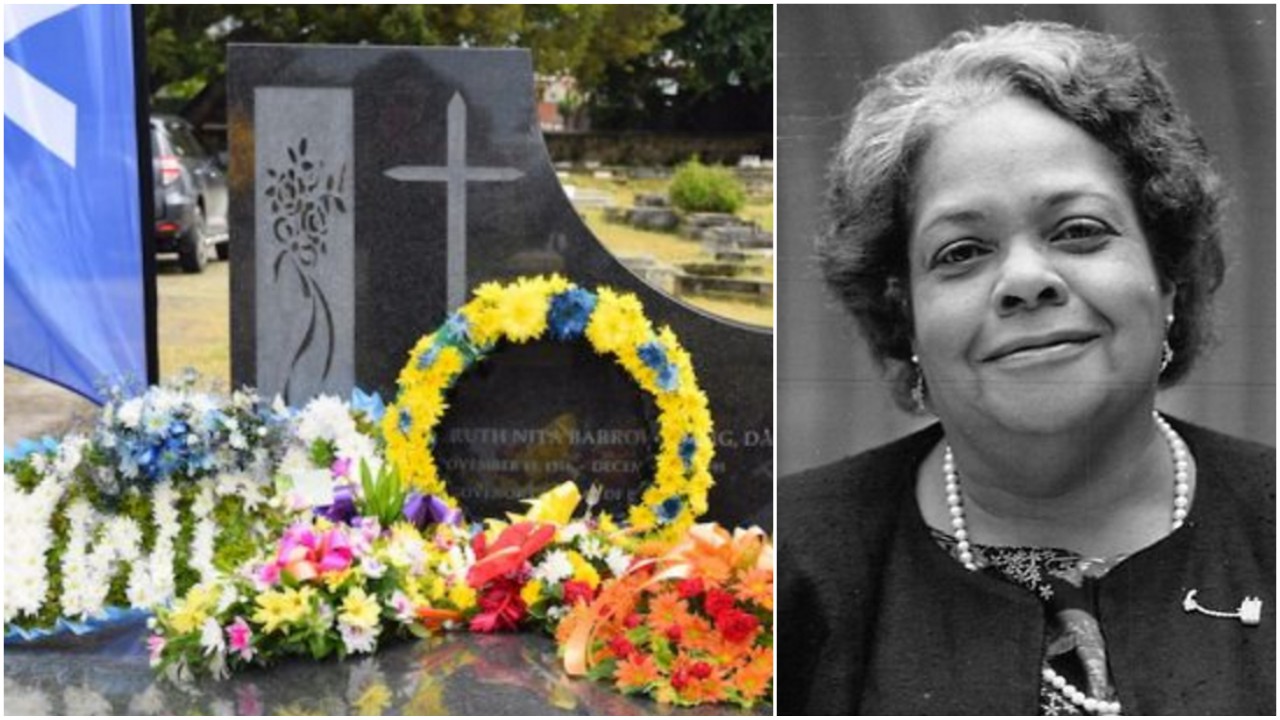 Barbadians celebrated the life and achievements of her younger brother the late Rt. Excellent Errol Barrow, the proclaimed Father of Independence of Barbados, but his accomplishments do not dull hers in any way.

Just as her successor, the second female Governor General of Barbados, Dame Sandra Mason is a woman of many firsts, Dame Nita was a pioneer in her time.

1. Though most recently the Governors General have demitted office, she died in office. She served as Governor General of Barbados from June 6, 1990 until her death December 19, 1995.

2. Dame Nita followed in the footsteps of her uncle, the late Dr. Charles Duncan O’Neal, and pursued Medicine. She studied Nursing in Barbados, continuing her studies at the University of Toronto, Edinburgh and Columbia Universities. She was a trained nurse, midwife, and health care administer.

5. Dame Nita Barrow is buried in Westbury Cemetery. Surprised? You can go visit if you’re in the area ever, then swing by Rihanna Drive.

6. In 2016, when Senator Irene Sandiford laid a wreath at Dame Nita’s gravesite, she said that when she visited the continent of Africa on an official trip, the nurses there still talk about the late Dame. In 1985, Dame Nita presided at the International Women’s Conference in Nairobi, Kenya. In 1986, Barrow was appointed Barbadian Ambassador to the United Nations. She was the only woman named to the Eminent Persons Group, and that Group was responsible for investigating racism in South Africa.

May she continue to rest in peace.

The making of a leader - Celebrating Errol Walton Barrow