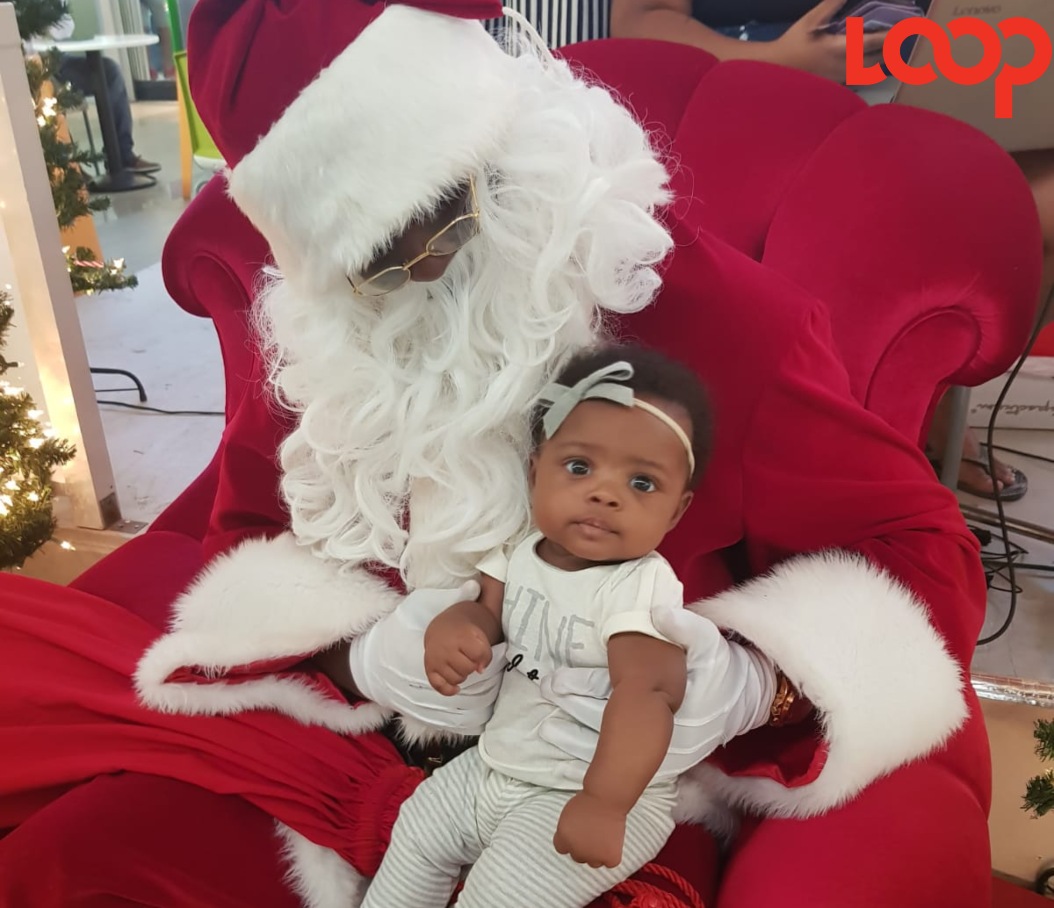 Baby Nuriah posing for a picture with Santa Claus.

After three years of blissful marriage, the Squires celebrated their first Christmas with their new bundle of joy, baby Nuriah.

The story of how this couple met will melt your heart as they explained it to LOOP. A family member of Andrew created the perfect scheme to pair the two as a couple. 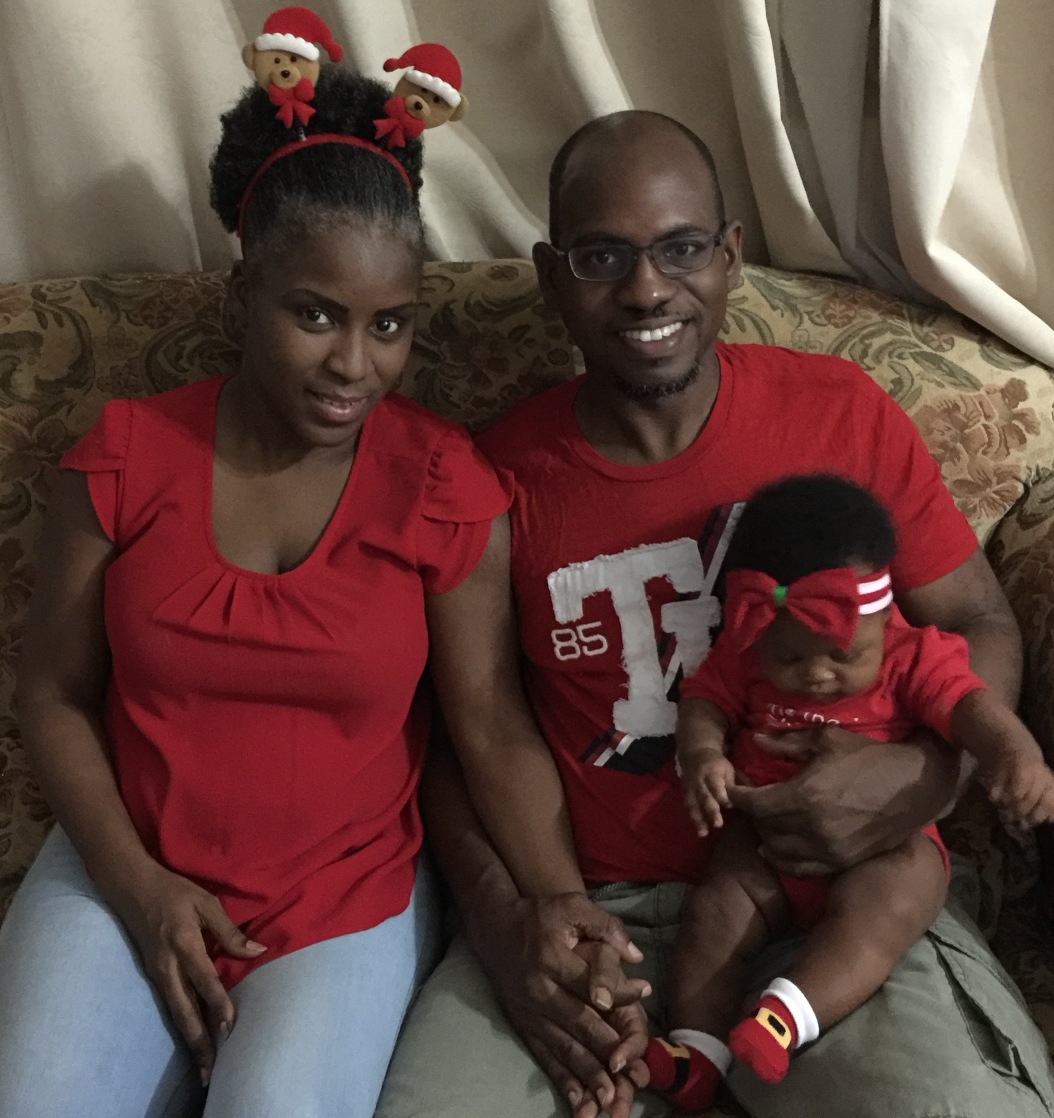 Andrew and Shari believe in teamwork to maintain a happy and healthy relationship. This not only applies to their marriage, but in raising their daughter as well. They made teamwork a priority before Nuriah was born. For them, communication is vital and even though they may disagree, at the end of the day, they work hard to keep love in their marriage.

The couple is eternally grateful for their support system during and after the pregnancy. Seeing that Nuriah is their first child, they appreciated all the help they received from family and friends.

Shortly after Nuriah was born, someone always assisted Shari at home in whatever way possible, especially Andrew’s mother. This was a blessing for the couple considering the fact that support from extended family is not as prevalent as it used to be.

Their baby specialist, Andrea Jordan, also played a major role in the transition to parenthood. Even though the hospital teaches new mothers to breastfeed after the baby is born, the couple was grateful for the follow up process with Andrea.

On Christmas Day, the Squires family spent the day at both of their parents’ homes, as they do every year. They usually spend the beginning of Christmas Day with Andrew’s parents and the remainder of the day with Shari’s parents. For them it was a day of family fun.

The family is also continuing their yearly tradition of driving around the island to look at Christmas trees and lights decorations. Now that Nuriah is a part of their family, they are looking forward to including her in this tradition.

Even in upholding traditions, the Squires ensured they got plenty rest and relaxation on Christmas Day. They made sure they finished the Christmas cleaning and shopping early so they can maximize on family time.

Even though baby Nuriah Squires is too young to understand what is happening during the holiday season, Andrew and Shari are more than happy to celebrate the Christmas festivities with her.

PHOTOS: Christmas cheer project is a hit with the kiddies!